20 lessons from The Response: How communities are changed by disasters - Shareable
Skip to content 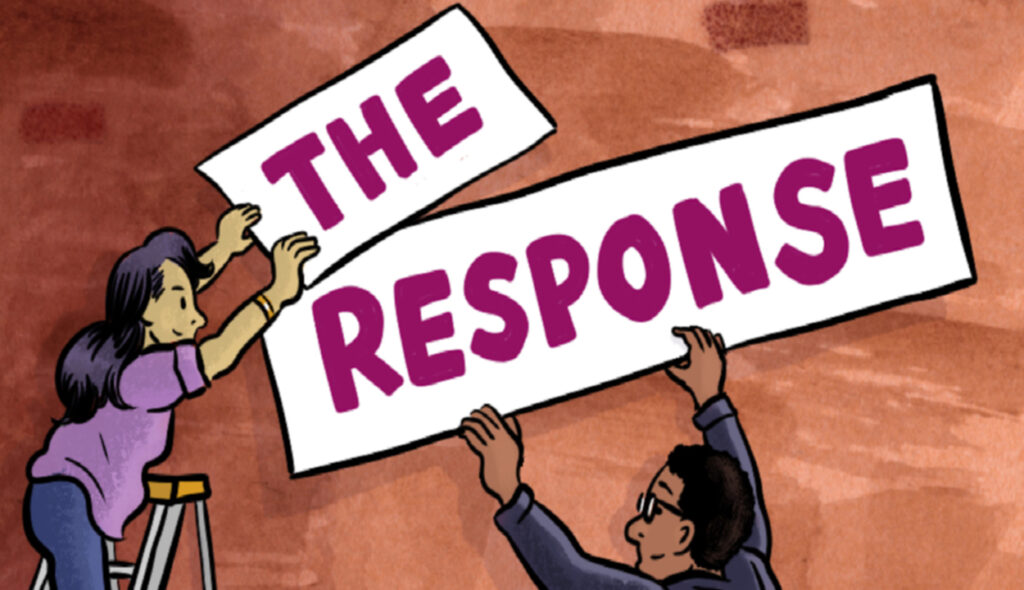 What effect do natural and other disasters have on the underlying culture of a community? This was the driving question that led to the development of Shareable’s The Response project three years ago.

On the heels of the release of “Sharing Cities: Activating the Urban Commons,” we began thinking more about how the climate crisis (and the increasing barrage of disasters it was exacerbating) would affect the sharing initiatives and policies we outlined in the book — and on shareable.net in general.

Through two seasons of The Response podcast, the publishing of a book, and the production of our first film we’re learning that disasters bring out the best in people (aka pro-social behavior) and that, more often than not, the shared experience of a crisis strengthens community ties in the short and long term. When a disaster occurs, most people experience what Scott Crow refers to as the emergency heart, the thing that drives you towards passion and compassion about the world; the spark that compels you to take action when you see a disaster or when you see the vulnerable people or communities around you being negatively impacted.

And it’s a good thing that this is our natural reaction to a crisis, because all evidence points to the amount and severity of disruptions intensifying over the next few years.

Right now, during the global COVID-19 pandemic, this is more evident than ever. The sheer number of local support groups, mobile health clinics, and rent strike initiatives, that have emerged to fill the needs of communities is incredibly encouraging. The concept of mutual aid has suddenly become mainstream.

Over the course of our work on The Response, we’ve documented stories from Occupy Sandy in NYC, UndocuFund in Northern California, Verificado19S in Mexico City, Centros de Apoyo Mutuos (mutual aid centers) in Puerto Rico, the reimagining of the town of Onagawa in Japan, the fight for justice following the Grenfell Tower fire in London, and so many more.

Here are 20 lessons from The Response that have emerged so far:

This list just barely begins to scratch the surface of what we’ve learned from our coverage of disasters. Every story we have heard, every initiative we’ve investigated has revealed new insights into the human condition and the state of the world.

Let us know if there are other insights into disasters that you feel like should be included in this list by sending an email to theresponse@shareable.net or share your own story of community-led disaster response or collective resilience initiative here.

Please join us for the next stage of The Response as we kick-off Season 3 of the podcast in the coming weeks. If you would like to go deeper, check out all of our previous podcast episodes, book, and film. And finally, in the words of two time-traveling philosopher musicians, “be excellent to each other.”