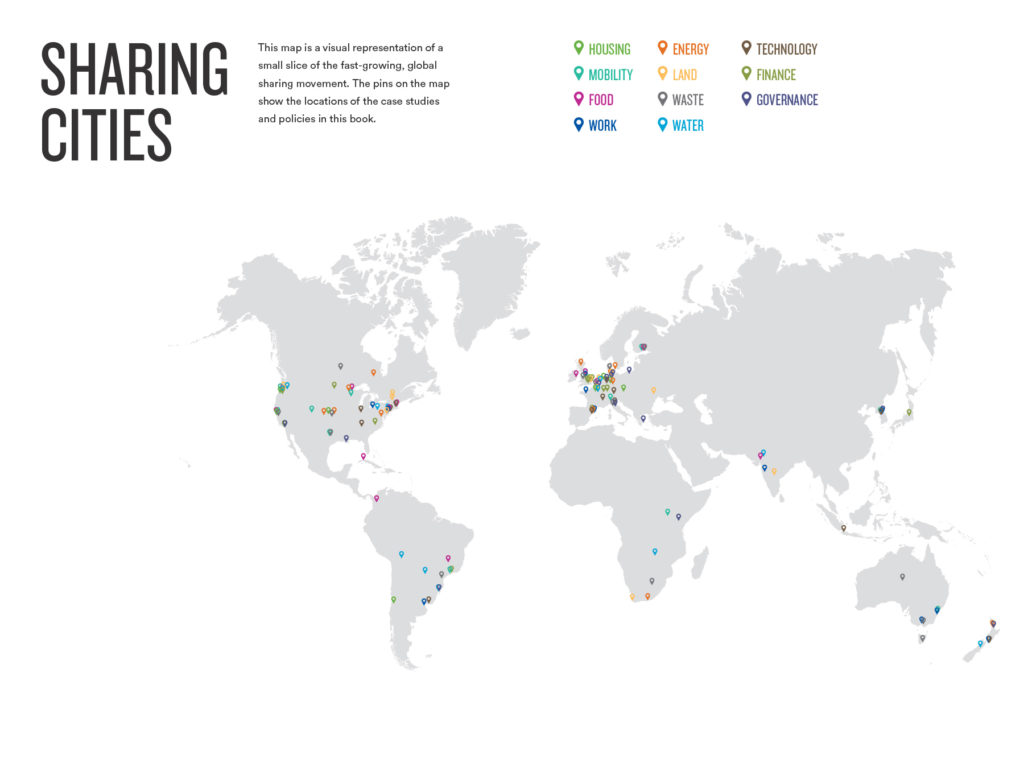 In 2011, Shareable, the nonprofit media outlet I co-founded two years earlier, hosted a daylong conference called Share San Francisco. We brought together 130 leaders from city government, nonprofits, and social enterprises to explore one key question: How can we amplify the city of San Francisco as a platform for sharing? After all, cities are fundamentally shared enterprises. We aimed to catalyze positive change from a set of sharing-related opportunities coalescing around cities — some particularly evident in San Francisco.

As we hoped, this event set off a chain reaction that catalyzed a global Sharing Cities movement. Today, there are more than 30 cities with active Sharing Cities programs including Seoul, Amsterdam, and Milan; a network of city governments working together under the Sharing Cities Alliance umbrella; and thousands of people working on related projects in publishing, research, and activism.

Shareable’s role in this movement since has been as a convener, a news organization providing continuous coverage of the movement, and as a thought leader helping to guide its expansion. The latter is particularly important to our new book, “Sharing Cities: Activating the Urban Commons,” where the core principles are covered, because the members of our Sharing Cities Network, which is made up of grassroots sharing activists, voiced the need for a practical guide that defines what a Sharing City is — and provides concrete, real-world examples. They called on us to put a stake in the ground with a commons-based vision. Part of the reason they wanted to clearly define Sharing Cities was to prevent commercial players from co-opting the idea as had happened with the concept of the “sharing economy.” This convinced us that the book was necessary and that we should “walk our talk” by crowdsourcing the book’s contents and licensing it under Creative Commons, so anyone can use and remix the book in its entirety.

The “Sharing Cities” book that we co-produced with our community showcases over a hundred sharing-related case studies and model policies from more than 80 cities in 35 countries. It witnesses a growing global movement and serves as a practical reference guide for community-based solutions to urgent challenges faced by cities everywhere. The book is a call to action meant to inspire readers, raise awareness, and strengthen the sharing movement worldwide. “Sharing Cities” shows that not only is another world possible — but that much of it is already here.

While our community asked for a Sharing Cities definition, we didn’t deliver in the usual way. We felt that a dictionary-style definition would be too rigid and prescriptive. Instead we decided to show rather than tell with case studies and model policies. This is by far the bulk of the book, yet we knew that some context was required to help knit the varied examples into a powerful, coherent whole. Rather than relying on a definition to do that, I wrote an introduction with a set of Sharing Cities principles — with no claim of comprehensiveness — that people could apply, adapt, and add to, according to their local circumstances. The principles should be thought of as aspirations rather than instructions; guiding stars rather than a map. Here are the principles (with detailed descriptions below), written with the help of Shareable staff and our community, with inspiration from many others in the movement and beyond.

Please read and share your feedback. Most importantly, please download the free PDF or purchase a print or ebook version of the book, and use it to help make your hometown more Shareable.