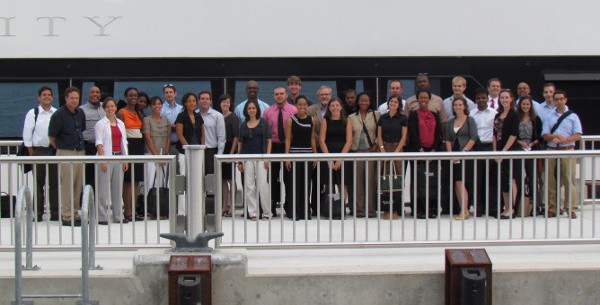 It’s not that the city’s economic woes, struggling schools, racial friction and crime have been magically solved.  A glance at local headlines will tell you that.

But there are new stories to tell about Detroit today. Which doesn’t mean the old stories are all wrong—just that they’re not the whole story anymore.

In recent years, for instance, Detroit has become a magnet for ambitious young people.  Some grew up in the area; some move in from the coasts or other parts of the Midwest.  Many are motivated by idealism or a sense of adventure, seeking to play a part in reviving a Great American City. Others, however, simply see an opportunity to fast track their careers.

You see them everywhere—sporting events downtown, galleries in Midtown, pubs in Corktown, restaurants in Southwest, music clubs in Hamtramck, sidewalks on the East Side, soccer fields at Belle Isle park, vegetable stands at Eastern Market. But a lot of people still don’t know about it.

This new story is exemplified by the Detroit Revitalization Fellows Program (DRFP), a Wayne State University project that connects rising mid-career professionals to organizations at the forefront of efforts to boost the city. Initiated by Wayne State Associate Vice President Ahmad Ezzeddine in partnership with the Kresge Foundation, the Hudson-Webber Foundation, the Ford Foundation, and the Skillman Foundation, the project drew inspiration from a fellowship program in post-Katrina New Orleans. A wide majority of the 25 New Orleans Fellows stayed in the city after the program concluded, notes DFRP Executive Director, Dr. Robin Boyle—a nationally known planning professional who chairs Wayne State’s Department of Urban Studies and Planning.

“I still marvel  over the fact that we had almost 650 applicants from across the country apply for 25 positions—the opportunity to come to Detroit,” says Rachele Downs, the DRFP Program Manager and a veteran commercial real estate broker.

The fellows—16 women and 13 men—range in age from 25 to 42, with more than one-third being people of color. Seventeen fellows grew up outside the Detroit region and 12 had no previous experience living in the area, while seven of the locals were working outside Michigan when they were chosen for the program.

One of the homecomers, Allyson McLean, 28—who worked as a strategic planner for a D.C. consulting firm—rejoices at no longer being part of the Detroit brain drain. “I’m frustrated with how many people have given up on Michigan,” she says.  “Most of the kids I went to school with are now gone.  They hear gloomy stories about Detroit and don’t even try to find a job around here.” McLean is now working to bring new businesses and jobs to low-income neighborhoods at the Community Investment Support Fund.

Each fellow has been hired fulltime for at least two years at an organization DRFP has identified as being “actively engaged in building the Detroit of tomorrow.” Off the job fellows participate in intensive sessions in leadership development and executive-level education in one of three areas: real estate development, project management or placemaking.  Twice yearly they take road trips to examine urban revitalization best practices in other cities.

The employers run the gamut from the city’s purchasing department to the Tech Town business incubator to Data Driven Detroit, a nonprofit offering the latest information and analysis on conditions in Detroit.  Boyle  notes, “Almost all these organizations have hired fellows for projects they would not necessarily be able to execute were it not for the talent the program was able to recruit.”

Celeste Layne, for example, previously launched bike and pedestrian projects in the South Bronx and Harlem for New York’s Department of Transportation. She is now applying her skills on the streets of Detroit with the East Jefferson Corridor Collaborative. “My vision is that we need better links to the Riverwalk, a bike lane protected from motor vehicles and a combination of good traffic flow and lively streetlife,” Layne says.

“Celeste has made a big difference,” says her boss Josh Elling, executive director of the Jefferson East Business Association. “She’s had a dramatic effect on the scope of our work.”

While not even a year old—fellows first met one another and reported for work last August—the program is already realizing one of its chief goals: fostering closer cooperation among groups working to improve Detroit’s economy and civic culture.

Jean Redfield, vice-president for public programs at Next Energy, a non-profit that works with the city on sustainable energy technologies, says, “The fellows program is having a positive effect on the tendency for organizations to collaborate; their informal network results in getting things done when the traditional methods of interaction — meetings or calling people up whom you don’t really know – are too slow or don’t work at all.”