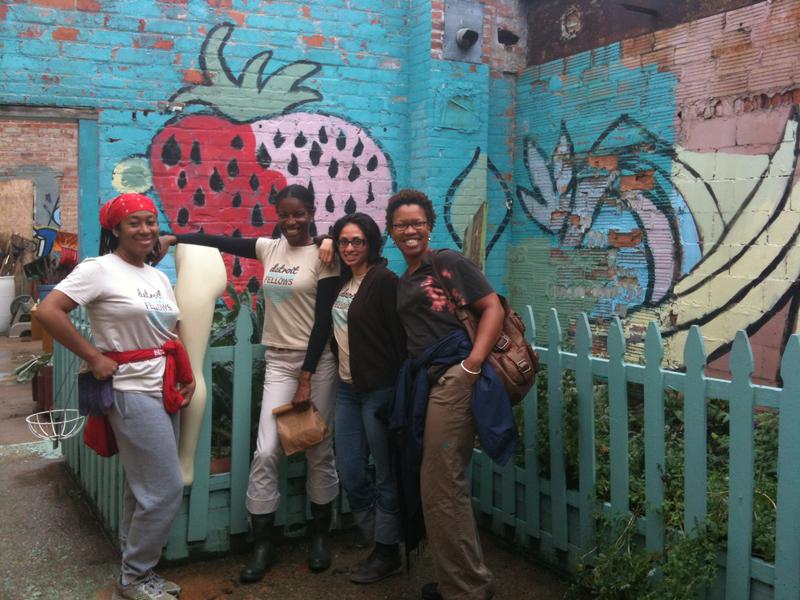 You can spot a number of once-dormant corners of the city now pulsing with activity thanks to young entrepreneurs. Corktown now sports pubs and restaurants that would fit in Brooklyn or Portland. Midtown shows all the makings of a creative class hub, complete with hipsters hanging out at the Good Girls Go to Paris creperie, the Avalon International Breads bakery, and the N’Nmadi Center gallery, devoted to the rich tradition of African-American abstract art. Recent college grads can be seen all over town from the bountiful Eastern Market to bustling Campus Martius square to festive Mexicantown to the scenic Riverwalk to the yummy Good People Popcorn shop downtown, featuring flavors like cinnamon and chocolate drizzle.

This burst of youthful energy — even in the face of the city’s continuing economic and social woes — debunks widespread opinion that nothing can be done to jumpstart the Motor City. While a new, more positive narrative about Detroit is welcome, there are problems in focusing entirely on idealistic young adventurers swooping in to save the city — it reinforces the stereotype of native Detroiters as hapless, helpless and hopeless.

The truth is, locals have been working hard for years to uplift the common good in Detroit, which drew the interest of outsiders. And newcomers aren’t the only ones stirring up excitement around town. Good People Popcorn, for instance, was started by two sisters and a cousin, all of whom grew up here. Sarida Scott Montgomery, one of the founders who is also a lawyer and Executive Director of the Community Development Advocates of Detroit, says people are often surprised she grew up in the city. "Not in the suburbs," she says, "but in Detroit itself."

Regina Ann Campbell, Director  of the Milwaukee Junction Small Business Center incubator in Detroit's North End, grew up on the Northwest side before earning a Masters in urban planning degree at the University of Michigan. "I welcome all the new people," she says. "But it’s important for them to understand they are building on some things that have been going on for years. I want to help them appreciate the city though the eyes of the people who have lived here."

Scott Montgomery and Campbell are both part of a new initiative that matches the talents of bright, young professionals with local organizations working at the frontlines of reviving Detroit. The Detroit Revitalization Fellows Program (DRFP) selected 29 Fellows with backgrounds in urban planning, economic development, finance, real estate, and related fields.

A lot of the buzz around the program highlights ambitious folks relocating from New York, Seattle, the Bay Area, Washington, D.C., Montreal, Chicago and Los Angeles to further their careers in Detroit, but in reality 10 of the fellows were already living in Detroit and nine others had grown up in the metro area or previously lived in the city.

For many of them it was a long-awaited homecoming, which shows that continuing loyalty from the Detroit Diaspora is a hidden asset in the city’s favor. Jela Ellefson, who was working at a Los Angeles urban planning firm before moving with her husband, an architect, and two children back to Detroit, says, "We always followed what was happening in Detroit, and noticed that the urban planning world was paying a lot of attention.”  She now works to expand programs at the city's Eastern Market.

DRFP — a Wayne State project financially supported by the Kresge Foundation, Ford Foundation, Hudson-Webber Foundation, Skillman Foundation and the university –placed fellows at organizations identified as being "actively engaged in building the Detroit of tomorrow."  The breadth and impact of these non-profit groups—everything from the Data Driven Detroit research firm to the Community Investment Support Fund, which directs investment capital to low-income neighborhoods—speaks to a strong sense of the commons that survives in Detroit even amid the economic setbacks.

Dan Varner, CEO of Excellent Schools Detroit who hired Fellow Eric Anderson as the organization’s Director of Digital Media and Engagement, sees the DRFP as important in reversing Detroit’s brain drain. "We’ve been losing talented folks for a long time. Part of what we have to do to recover our potential is stop that drain. The Fellows program represents that potential."

Allyson McLean, who grew up in the Detroit suburbs and has worked on brownfield redevelopment in Pittsburgh’s Urban Redevelopment Authority and on strategic planning for the Department of Homeland Security in D.C is back in town aiding real estate development in low-income communities with the Community Investment Support Fund.

“Now that I am back,” she says, “it’s frustrating to hear from friends I grew up with who have no plans to ever return. In many cases they aren’t necessarily staying in places like Chicago because they’ve landed great jobs, they simply think it’s a cooler place to be. They have no idea what they’re missing in their hometown.”

This article first appeared on Planetizen, a leading planning website.