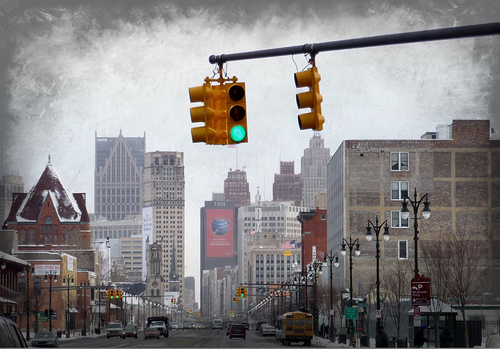 Part of being from Detroit is telling people you are from Detroit. The second, and not-so-fun, part is watching the reaction of people after you tell them you are from Detroit. Accompanied by declaring yourself a Detroiter in front of others is a reaction of complete horror or complete shock; the person you are speaking with will either be completely afraid you will shoot them or completely shocked that someone, an actual human being, has managed to escape the armpit of America alive, without injury or harm.

I blame the media for fueling a false narrative about the city. Hardly a day goes by where Detroit isn’t associated with something negative. News outlets constantly show pictures of dilapidated buildings and bums sleeping on park benches. Also, while watching the lovely pictures of “ruin porn” (as we Detroiters have dubbed it), viewers can hear about all the crime and killing that goes on in the city. Now, there is a small amount of truth in the narrative that Detroit is a “bad” city. There are undeniable problems that plague Detroit but it really isn’t as bad as people make it out to be. Detroit is a city recovering from a difficult past and a laundry list of structural and cultural problems that are hindering the success of the city.

That being said, I still love being from this town. Part of this blog and my work in Detroit as an intern at Shareable will be to show you the Detroit that isn’t in the news. It will be to show you the real Detroit through the actions and lives of working Detroiters who have stuck around here through thick and thin; they tell the real story. More importantly, I want to capture the new excitement and energy that is fueling innovative projects like the Heidelberg Project, a community art neighborhood in one of the roughest areas of the city. I want to show you the Detroit I know, the city I grew up with, the city that was once written about with admiration, as in the New York Times: “And this is Detroit at the beginning of 1943 — a city amazed and often confused, but a miraculous city, a city forging thunderbolts.”

Political Science student at Wayne State University in Detroit, MI. Classical music lover. Coffee addict. Passionate Detroiter. Musician. Admirer of Michael Harrington and Karl Marx. "The philosophers have only interpreted the world, in various ways; the point is to change it" - Karl Marx "The question whether objective truth can be attributed to human thinking is not a question of theory but is a practical question. Man must prove the truth, i.e., the reality and power, the this-sidedness of his thinking, in practice. The dispute over the reality or non-reality of thinking which is isolated from practice is a purely scholastic question." - Karl Marx