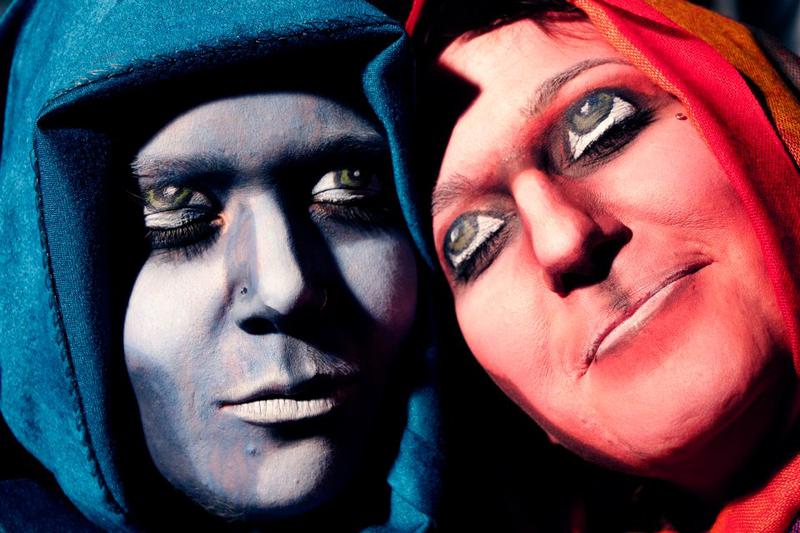 When you think of shareable cities, Reno, Nevada may not be the first place to cross your mind. But Reno might be the perfect place for the Share or Die theory to find its foothold. With an economy that shows few signs of recovering from the Great Recession, a significant population of educated young people and close cultural proximity to California's technology hubs, this community is ripe for experiments in collaboration. Fittingly, artists have been among the first to experiment.

Reno and its sister city of Sparks, Nevada, are not even close to recovering from 2007’s recession. Unemployment holds steady at 12 percent, and a recent report predicts that the area won’t bounce back until 2021 – seven years slower than the rest of the nation. University of Nevada graduates have little hope of finding a job. Storefronts and warehouses around town stand vacant.

In 2010, a loosely affiliated group of artists started occupying a vacant warehouse near downtown Reno.  The owner couldn't rent it out; the space was full of debris. Within a year, it had become a local art hotspot.

Reno’s art scene is vibrant to say the least, with a month-long summer arts festival, an award-winning museum and numerous independent groups operating in every facet of the community. Still, collaborative, warehouse-style art collectives were few and far between during the boom years.

Between 1999 and 2005, Reno real estate experienced unprecedented growth. But when the jobs left town, so did the people – and with them, small businesses. By 2009, 15 percent of commercial spaces stood vacant.

Suddenly, warehouses were available – and Reno's independent artists were ready. The first big idea came from City Councilmember Dave Aiazzi, who had the idea for rePIANO: playable pianos, painted by local artists, placed throughout town during the annual Artown festival. He sought out a vacant warehouse big enough to hold both pianos and artists, and The Salvagery was born. 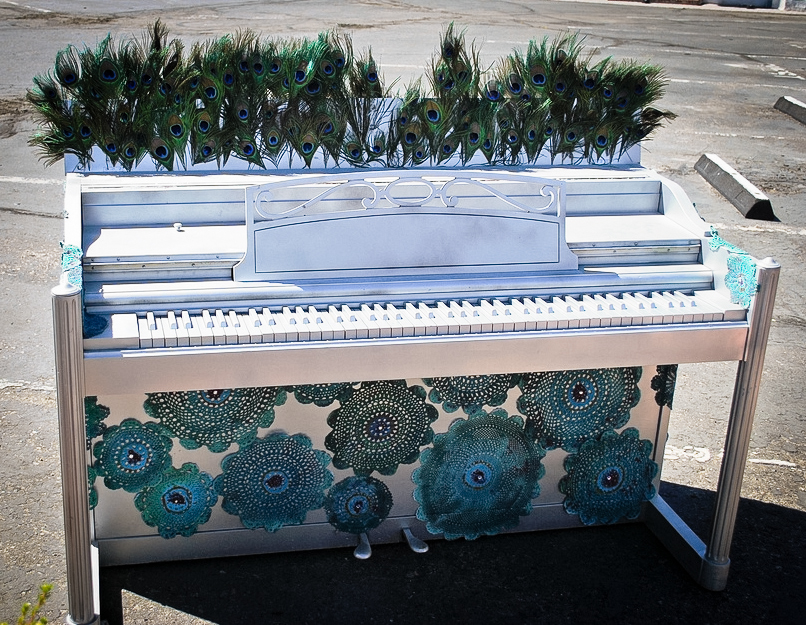 From this collaborative beginning, The Salvagery quickly grew into an active shared art studio. The rePIANO project made news, and word got out on the Internet that something was happening. Shapiro was one of many volunteers who started showing up to chip in. He helped clean up the warehouse in exchange for access to tools, resources and inspiration.

“We basically rebuilt that entire block with no budget or resources,” Shapiro says. “We just used our own labor and shit that was laying around.” As the space got tidier and the work coming out of it got more attention, new projects materialized – ultimately, International Arts Megacrew’s Temple of Transition.

That project, along with most other big works at The Salvagery, was not just collaborative but utterly dependent on community support. Thousands of volunteer hours – and tens of thousands of crowdfunded dollars – poured in from all directions. The Internet turned out to be a crucial tool for community engagement. “We could just post online, ‘Hey, we need a table saw, we need a sander, we need a whatever,’ and every time, somebody would come out of the woodwork,” says Shapiro. Still with a practically nonexistent budget, The Salvagery was at the center of Reno’s creative economy.

Within a year, the group outgrew its not-up-to-code warehouse, and split in two. The Salvagery continues as a successful shared studio. Pan Pantoja and Aric Shapiro spun off to found a new fine-arts studio and gallery: Reno Art Works. With its ethic of inclusivity and collaboration, Reno Art Works is already making waves with its independent artist showcases, which bring together local artists and performers before enthusiastic audiences. 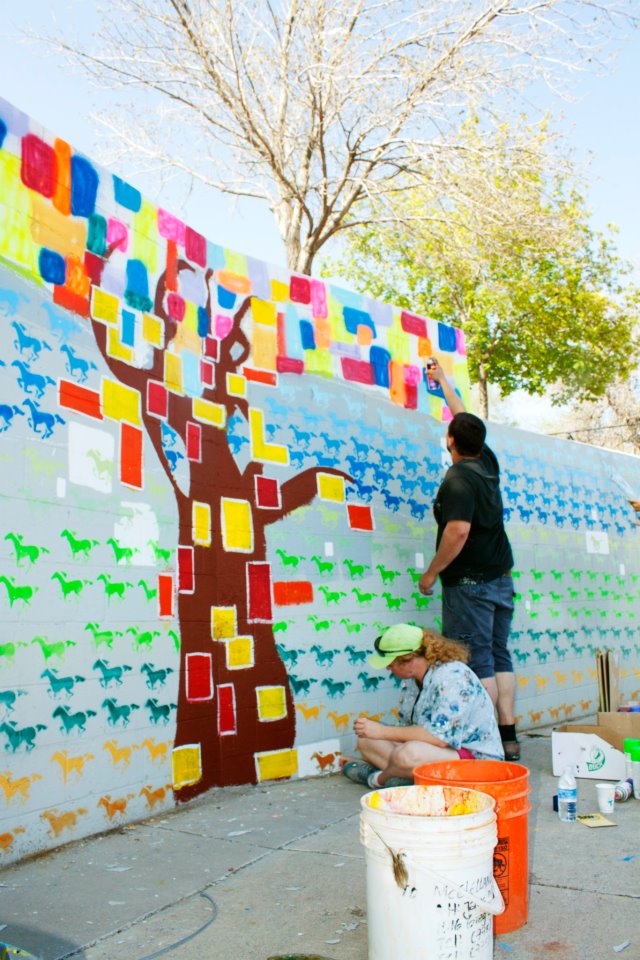 Pan Pantoja and a local volunteer paint a mural at a local bus stop. The project was a collaboration with Be The Change and the Regional Transportation Commission. Photo by Aric Shapiro.

Shapiro attributes much of Reno Art Works' current success to its collaborations with other groups, like Sparks’ Bridgewire Makerspace and the Reno Collective coworking space. The groups barter services, assets and time, creating a solid relationship of interdependence.

“It’s almost like a pseudo-post-apocalyptic situation,” says Shapiro. “It’s a benefit of the changing world. The failing system is crumbling, and we can pick up the pieces and build things that are actually sustainable instead of holding on to these ideas that don’t function.” 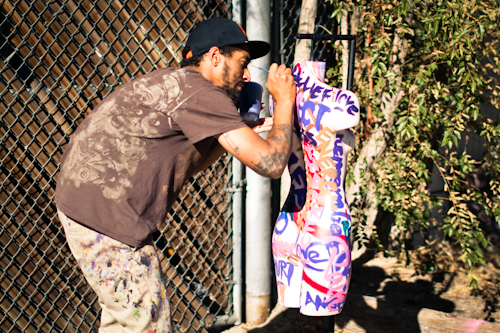 Joe C Rock paints a mannequin for the upcoming Raise Your Caliber fundraiser, which will raise money to provide microgrants for people working to improve their own lives.

“We’re breaking down the illusion of competition,” Shapiro says. It’s no secret that artist collectives help their members succeed through shared studios, resources and wall space at shows. Despite that reality, the arts world can be highly competitive. Reno Art Works seeks to be as inclusive as possible, promoting the value of collaboration above all else. Its residents include professional and amateur artists, teachers and students of all ages. 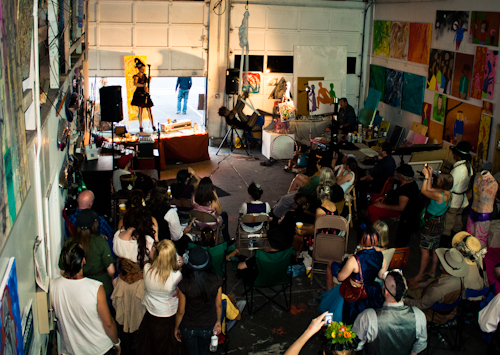 Unwoman performs at Reno Art Works, as part of a fundraiser for High Desert Steam. Photo by Aric Shapiro.

Reno artists' unique advantage is Reno’s disadvantage: the sluggish local economy. Overhead is cheap. That means even amateur artists can afford to rent space with a group that provides more than just walls.  Reno Art Works markets its residents, throws frequent events, and maintains an active role in the community – all at a fraction of the cost artists would have to pay in bigger cities.

Reno’s poor economy is nothing to joke about – but where the market is slow to recover, the creative economy is already thriving, alive with collaboration and pulling itself up by its quintessentially Nevadan bootstraps.

Reno Art Works is far from the only collaborative art group operating locally. Shapiro recommends you also check out Wildflower Village, The Holland Project, Deluxe Laundry and The Wedge, among many others. Know of others that deserve attention? Do tell.