With Apologies to the Hungarian Cafe - Shareable
Skip to content 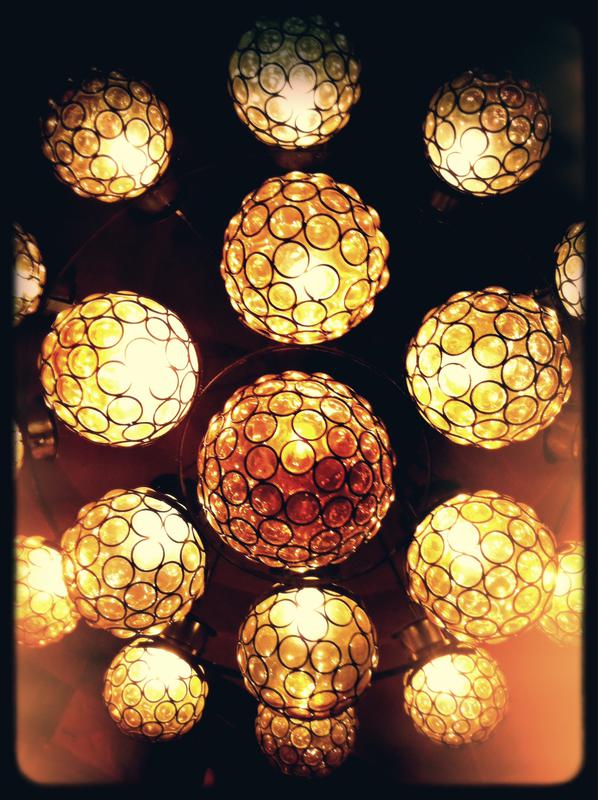 A couple weeks ago, I traveled back to New York City, the place where I nurtured my dreams as a young adult. As a teen in Long Island, I'd occasionally catch the commuter train in the early morning and spend the day in the Village, maybe take in a Woody Allen retrospective at a theater, drink coffee and smoke Camels, all without any awareness of the irony such cliches deserve. I left the area for college but moved back in my twenties, lived in a fifth-floor tenement walk-up and worked at a bookstore. I went to cafes as a pretension, sitting there and making a half-hearted attempt to write, or at least to pretend to write. "Look at me, won't you? I'm writing in a cafe. Regard my thrift-store hipster clothing." (I'm sorry, Hungarian Cafe near St. John the Divine, I don't think I ever covered the rent on my chair all those hours.) 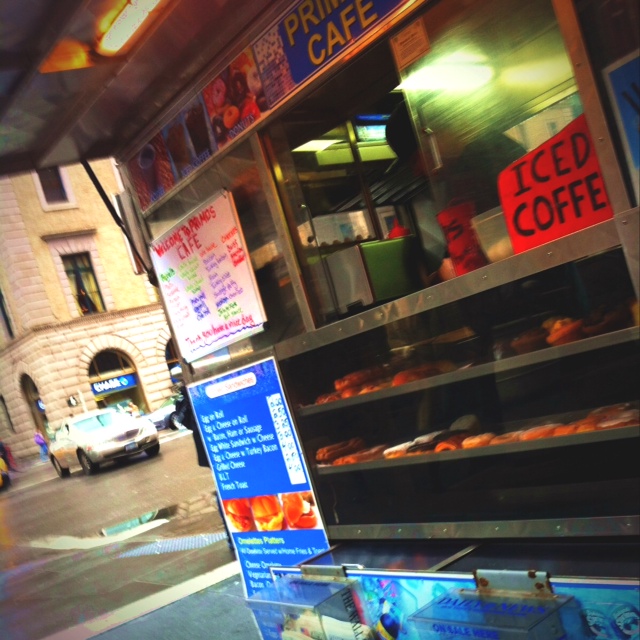 In college I majored in journalism. That was the compromise I made with my parents, who were, after all, fronting the bill for my tuition. There was one thing I was sure I could do, and that was write. In fourth grade I began announcing that I wanted to be an "author," but despite years of trying, I couldn't seem to translate that desire into the role of "journalist." I wanted to write about emotions and memories. I didn't want to chase after reality and chronicle it, I wanted to create my own, or at least poetically interpret what I saw, and I didn't see how to do that in media.

I'm sorry now for my shortsightedness, and for the fact that I didn't explore my options more fully. When I was asked (which I was, often, throughout my life,) "why didn't you ever 'do anything' with your writing?" my pat answer was something along the lines of, "But I have. Everything I've done professionally and personally has benefited from it." That's a load of crap, and I know that now. I could turn a phrase in a thread of business emails, and express myself decently when I needed to put my best face forward. Resumes and cover letters came easily. I also wooed my fair share of lovers through my written sentiments and wordy rhapsodies. 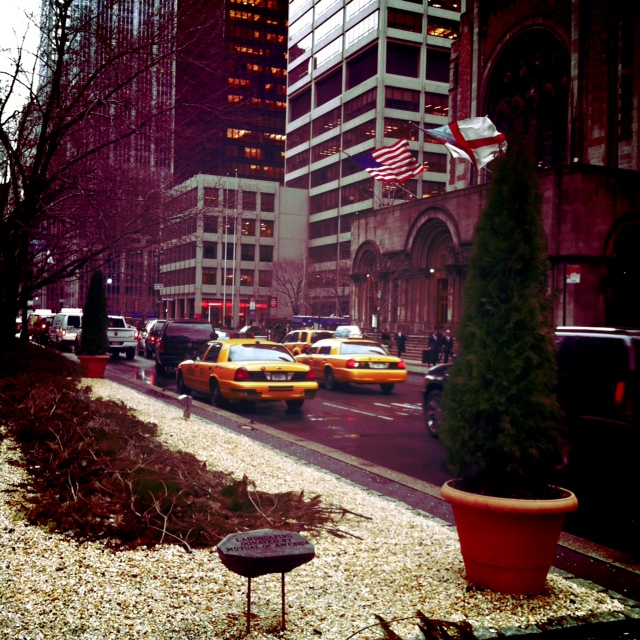 When Facebook entered into the picture, I started to rediscover old college friends I'd been either too drunk or too careless to maintain contact with. Interestingly, many of them had become editors, were working in publishing, or were authors of books. I felt fleeting bitterness: I could have done this! Why didn't I do this? After awhile, one or two of those friends began to quietly mentor me, and then I had a blog, and then a few more writing assignments came here and there.

I had to have the bud of a writing career lain blatantly in my lap, on the heels of professional ruin. Thank goodness for confessional blogs.

My professional experience as an independently-contracted sales rep became, 'round about 2008, an extraneous luxury for the companies I represented. If they didn't completely change their business model to eliminate that position, at the very least the commissions dried up to nearly nothing. But now, years later, I'm sitting at a cafe around the corner from my house, writing long and hard for the few places that pay me to do so. It's my work and I love it. And you know what? I'm noticing a lot more people writing here. It's become difficult to score one of the good tables with an electrical outlet, now.

I think a lot of us who suppressed artistic pursuits for years are revisiting the possibilities now that we've lost our "real" jobs. Among my own circle of friends and acquaintances, I've seen a sales rep become a photographer, a realtor start up a home-grown theater program, and a downsized tech guru switch to consulting and focusing on his music career. I will never downplay the struggles of our poverty, but I greet this artistic revolution with gratitude. 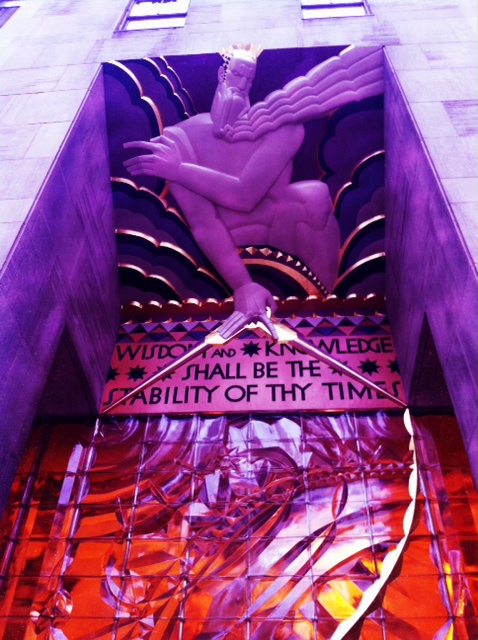 So I had my short trip to New York, in order to meet with some people who have been instrumental in my fledgling writing career. I got to sit on the subway not as a bitter and unfulfilled bookstore employee, but as a writer. I got to look at those long avenues with their rivers of taxicab yellow as a (very lightly) employed "creative," and I felt younger than I ever felt when I was a resident of that great city, several long lifetimes ago. It was so good to come full circle with those lost dreams; to walk up to the brownstone building of My. Literary. Agent! I'm not embarrassed to say I cried.

I'm a person who is prone to crushing sadness. It's a thread that has remained constant throughout everything I've done and written. As cornball as it sounds–and I'm actually cringing as I write this–I take comfort in what was my first spoken word: "light."

That said, I am overdue to honor my mentors: Robert Feinstein, Jeremy Smith, Neal Gorenflo, Lisa Belkin, Candace Walsh, Brian Doherty, and Laura Jackson among the many who've shown me The Light, and other unnamed benefactors who let me have my moment. I finally get to be a writer now. 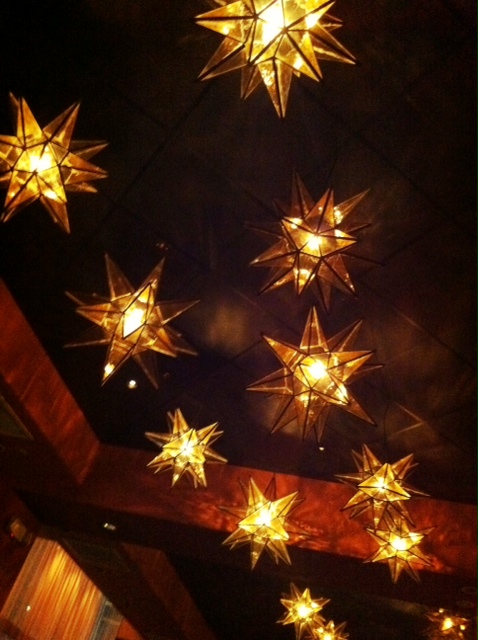