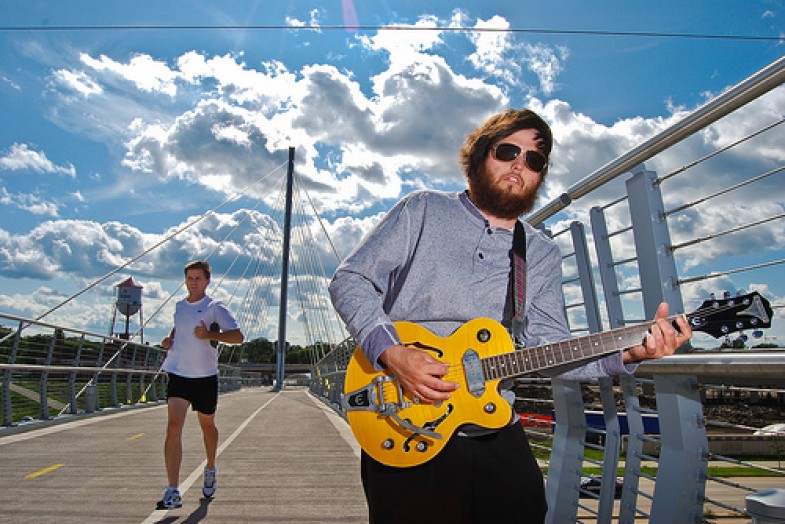 Top image: The Midtown Greenway in Minneapolis. Photo credit: Micah Taylor under a Creative Commons license. Article cross-posted from On the Commons.

Americans are people on the go!

It’s been that way since the early days of the Republic when white pioneers pushed past the Appalachians to settle the West (with unfortunate results for the native peoples already living there). The urge to move is part of our national character and greatly influences how we spend our leisure time.

As the wilderness frontier gave way to towns and cities in the late 19th Century, Sunday drives in carriages and later cars became a favorite pastime. Urban planners responded by laying out lovely green ribbons of parkways — which remain beloved places to this day in many communities.

But, for harried 21st Century commuters, who spend long hours in cars or buses each week, driving seems too reminiscent of work. On evenings and weekends, they want to take off on bikes, skates, longboards, or their own two feet. That’s why communities are now busy creating new trails and greenways across America and throughout the world.

Trails are becoming the new town square where people bump into their neighbors, sparking conversations and friendships. When speaking to audiences around the country, I often begin by asking people to name a favorite commons in their lives. More often than not, one of the first few mentioned is a local rail-trail or parkway.

Let me map out some of my most favorite pastimes here in Minneapolis. I bike a dozen blocks south from my house to Minnehaha Creek Trail, a green oasis lining a rushing stream that was protected from development in the 1880s. I follow its winding, wooded path through city neighborhoods to Minnehaha Falls, highlighted in Henry Wadsworth Longfellow’s poem “Hiawatha.” Watching the water tumble over a 50-foot wall of rock endlessly fascinates and relaxes me. Then I amble over to Sea Salt, a café in a historic park building that serves topnotch fried fish, best enjoyed on the outdoor patio. Sipping a beer while waiting for my fried clams to arrive, I plot the rest of my journey.

From here, one trail leads along the Mississippi River to Fort Snelling, the first white settlement in Minnesota built at the confluence of the Missisippi and Minnesota Rivers, which Dakota Indian people see as the center of the universe. Or I could follow a trail north along the river gorge and past St. Anthony Falls to downtown Minneapolis. Or south around the bend and through the woods to downtown St. Paul. Or I could turn back the way I came to explore Minneapolis’s fabled chain of lakes, six of which lie next to the trail in rapid succession. Any route I choose will lead to more trails stretching miles in all directions throughout the region.

The Minneapolis-St. Paul region is blessed with a superb network of trails — made possible by visionaries of the 19th Century who fought to ensure public access to local lakeshores, riverbanks, and creeksides for public use, and which have been impressively expanded in recent years thanks to the work of a new generation of visionaries. 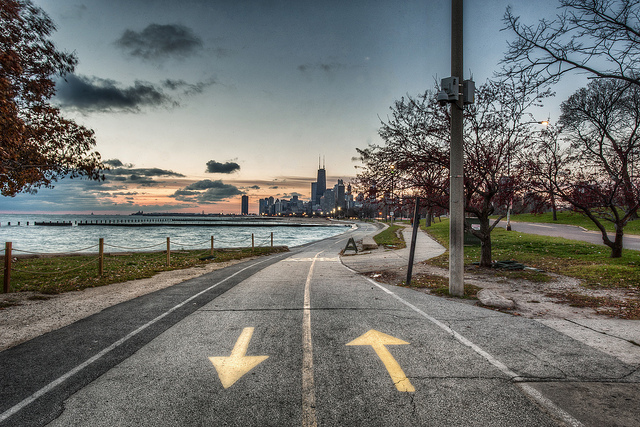 Many communities large and small across the U.S. are now installing impressive trail systems and linear parks. Indianapolis’s new Cultural Trail, for instance, strikes a bold note by fashioning a new passageway spearated from street traffic right through the heart of a built-up city. Detroit sports the impressive DeQuindre Cut rail-trail, which connects the lively Riverwalk to the bustling Eastern Market. (Who says no one walks or bikes in the Motor City?) Even densely packed Manhattan is thrilled about the High Line, an elevated freight train track now reclaimed as parkland. With help from the Trust for Public Land, Chicago is now at work on the 606, a 2.7-mile linear park and trail on an elevated freight line. Many suburbs now boast trails that don’t simply loop around a pond, but carry people to schools, libraries, farmers markets, restaurants, or shopping districts. Americans are not content to simply pedal or stroll along a trail; they want places to go and things to do.

On a recent Sunday, I headed to the Midtown Greenway, a rail-to-trail a dozen blocks north of my house and followed it more than 20 miles west through the suburbs to Carver Regional Park — a glorious expanse of woods and prairie dotted by lakes and more bike trails. I stopped for lunch at a deli in Victoria, a small town right on the trail. Eating some German sausage at a sidewalk table, I remembered how I felt moving to Minneapolis from Iowa many years ago. I immediately took to big city life — except for one thing. I dearly missed being able to bike all the way out into the countryside. The roads were too inhospitable in Minneapolis and surrounding suburbs.

But, now, thanks to citizen advocates and park officials here who have built an stellar trail system throughout the metropolitan area, biking out to the country is now available to anyone in moderately good shape with a few hours to spare. You can even rent a bike at the numerous stations of the Nice Ride bike-share system.