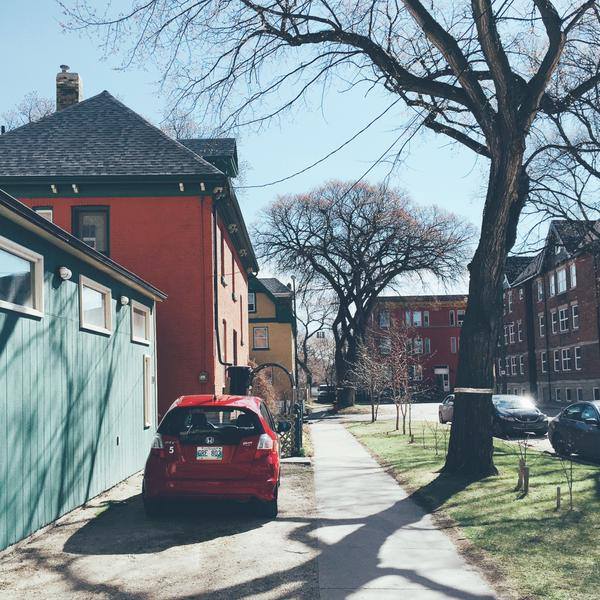 People in the Canadian Prairies, or the western part of the country, are known to have an attachment to their cars. That's understandable for anyone who has spent time in the region's cities. Take Winnipeg, for example. Thanks to its multicultural vibrancy, edgy theater and film scene, and world-class museums, it's elbowing its way onto Canadian travel itineraries. Young professionals from around the country and the world are setting up shop in large numbers.

However, the city isn't pedestrian-friendly. A pedestrian or cyclist who wants to get from Assiniboia in the west to St. Boniface in the east will wind up covering over 40 kilometers (approximately 25 miles). Mass transit is sporadic and centered around the downtown core. Until recently, people who arrived in town without a car were out of luck.

However, one Winnipeg car-sharing startup is beginning to not only improve accessibility for locals and visitors, but it's doing so innovatively — with help from the city government and housing cooperatives in the area.

"Seven years ago, a few Winnipeggers asked themselves, 'Why not car-sharing?' and started doing some feasibility studies," says Philip Mikulec, operations manager at Peg City Car Co-op, Winnipeg's only locally based car-share service provider. "Car-sharing has worked in larger Canadian cities with more dense populations and better mass transit. We figured that maybe it would work here. There's a growing number of people in town with an urban mindset, who are looking for an alternative to owning a vehicle, and who want to get out of that typical North American mindset of one person, one car." 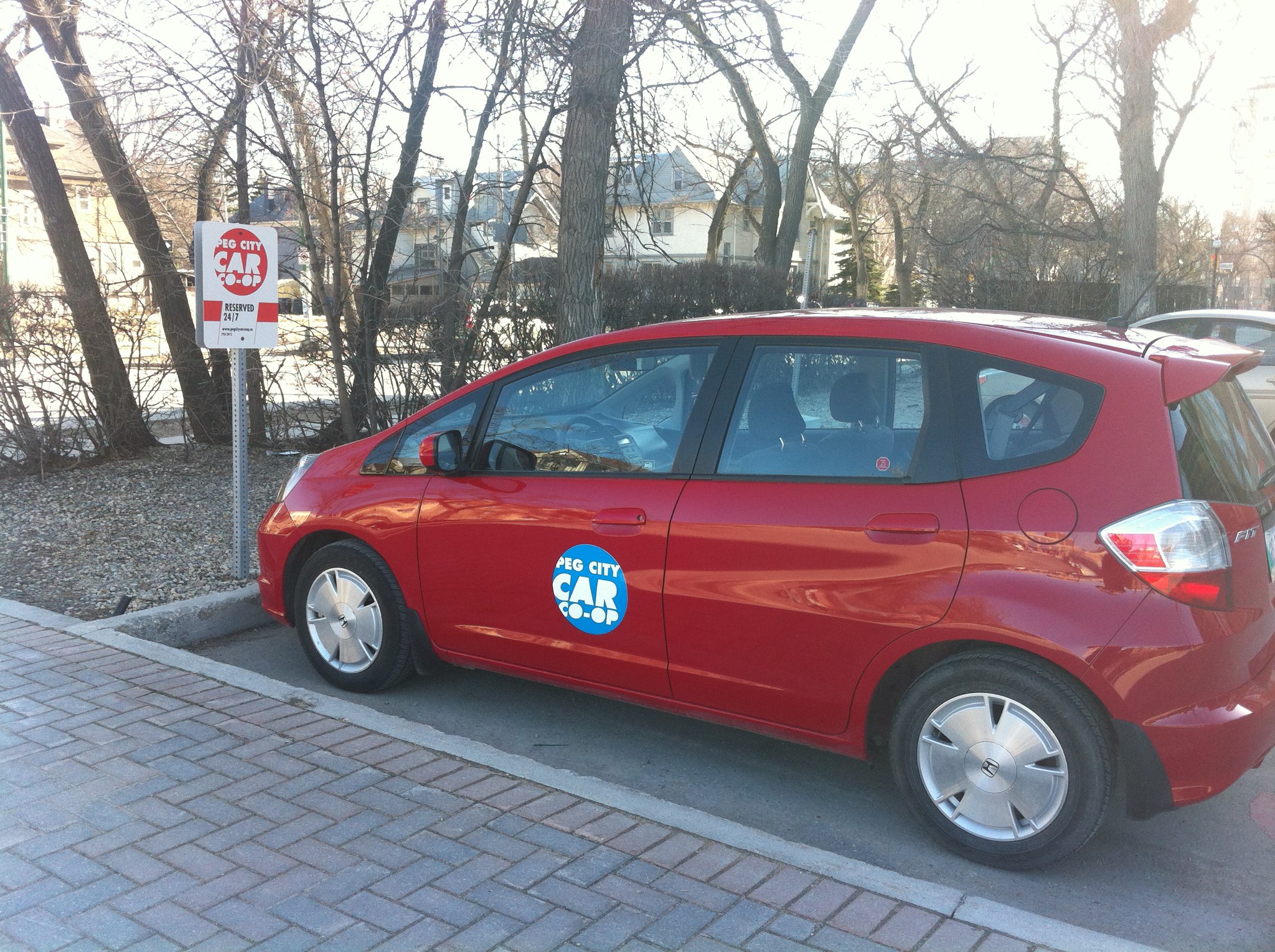 "It's very difficult to reach hard-core car owners and to convince them to stop driving, and we're not necessarily going for that market, but there are lots of young professionals and boomers looking to simplify their lives and live a life that doesn't require vehicles," he says. "They may live in a walkable neighborhood but need a car to travel within the city."

The service has a fleet of 24 cars and more than 800 users. People can reserve a car via an online platform (developed by another local co-op) and pick it up at any one of 20 service points around the city. What's unique about Peg City Car Co-op's model is that they work with housing co-ops around the city to increase the number of pickup points.

"If you want to build a housing development in Winnipeg, you have to provide a lot of parking — depending on zoning regulations you might have to provide as many as 1.5 parking spaces per housing unit," explains Mikulec. "We have been able to work with developers and the city, to get the parking requirement for certain new developments reduced if we put a car share space on the site. We give them a letter which they can take to the city planning department and get that number reduced, in some cases to as low as 0.75 spaces per unit."

The co-op, which began by repurposing private cars, is now supporting developers as they repurpose abandoned buildings in the city. "Our first partnership opportunity came with a developer who wanted to repurpose an old church, with very limited parking, and they were able to convert the building once parking requirements had been reduced," Mikulec says.  "Since then, we have been working with at least half a dozen developers; every week we get more interest."

One of those developers is the Old Grace Housing Co-Op, a citizens' group working on converting a former hospital into affordable, co-operative housing. Peg City Car Co-op already has one space on the site, which will begin renting housing units in November 2017. "We're building a 60-suite housing coop where we have agreed to place two car-share cars, and we will only have 29 parking spaces as part of our agreement with the city," says Sandra Hardy, president of the Old Grace Housing Co-op board.

"Some of our members are already members of the Peg City Car Co-op. People in our area are very environmentally conscious, and encouraging car-sharing reduces the number of cars on the road, which is excellent for the environment," Hardy says. "With the building, we're very committed to energy efficiency and environmental awareness, and including car-sharing is a big piece of that."