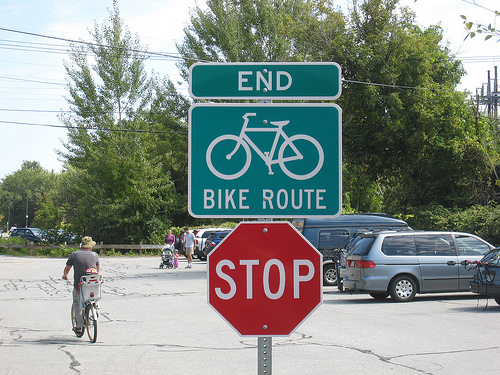 The House Committee on Transportation and Infrastructure dealt a damaging blow to successful bike and pedestrian programs across the country on Thursday.

Despite statistics that show such programs are helping to make cities safer, less congested, and more pedestrian-friendly, the Committee voted against the Petri-Johnson-Lipinski amendment which would have extended funding for Safe Routes to Schools and Transportation Enhancements. The amendment lost by a narrow 29 -27 vote.

Those who voted against the amendment said it’s for local communities to decide if they want to set federal transportation dollars aside to make biking and walking safer.

But those who supported the amendment say safe bike pathways, greenways, and pedestrian areas are crucial to the health and vitality of local communities, as well as reducing the number of cars on the road, which brings down air pollution levels.

These claims are reinforced by a three-part series to be published by the Safe Routes to Schools program in the next few months, which found:

If you’re confused and frustrated by this decision to defund programs that have a positive impact on communities, you’re not alone. Check out Rep. Peter DeFazio’s (Oregon) powerful defense of SRTS:

The silver lining of this particularly ominous cloud is that the Transportation Bill now heads to the U.S. Senate, where biking and walking advocates will have one last chance to restore the amendment and SRTS funding.

“You will soon be hearing more about our efforts to push a Senate amendment to improve the Senate’s provisions on Safe Routes to School, bicycling and walking,” reads a statement on SaferRoutesPartnership.org. “Please stand together with us to act again when we call you to action soon for the Senate floor vote.”