Why Is It Harder to Ask Than to Give? - Shareable
Skip to content 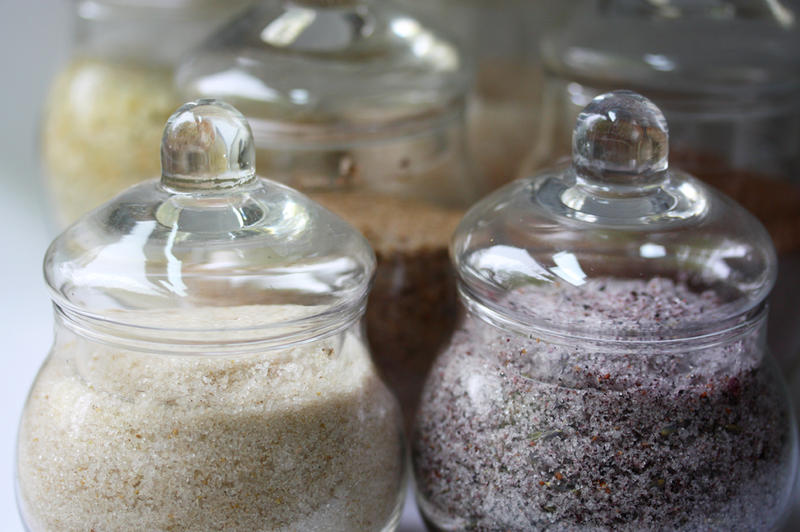 I have to say my initial reaction was one of fear. I thanked my friend, but I was also angry that she’d put me in the position of having to follow through – you can’t do a PhD on neighbourhood sharing and then chicken out of asking a neighbour for sugar!

I’ve been studying the way in which sharing is conceptualised and practiced by Australian suburban residents for nearly four years now. I’ve talked with suburban residents from Melbourne, Australia; some were members of thethesharehood.net (a not-for-profit neighbourhood exchange network whose members tend to be based in the inner suburbs) and others were residents of new housing developments on the edges of Melbourne who displayed no obvious interest in sharing.

It turns out that Australians love the idea of sharing. It taps into a deep seated nostalgia for the imagined (or real) suburban existence of the 1950s. Australian historian Hugh Stretton once said that one of the key characteristic talents of Australia was to be suburban. After all we invented the Hills hoist clothesline and the Victa lawnmower – symbols of domesticity that are world famous (at least in Australia). And nothing conjures up suburbia like ducking over to your neighbour’s house and asking for that cup of sugar. As one of my research participants explained “Mum used to send us next door to borrow a cup of sugar and you know, all that stuff just used to be very normal in terms of neighbourhoods for us”.

The suburban residents I spoke to long for greater connection with their neighbours. And they think that sharing is the way to get this.

But what does it mean to them to share?

The overwhelming consensus amongst my research participants was that sharing was an act of generosity. It was the altruistic and pro-social act of offering, of giving, of lending a ladder, of mowing the neighbour’s lawn, baby sitting local kids, and handing over that cup of sugar.

Yet very little was said about the asking or receiving of such favours.

In turns out that deeply entrenched in the Australian suburban culture is an inability to ask for anything. To do so is to seem weak, to be, in the words of one of the political leaders of the post war era Robert Menzies – a leaner rather than a lifter. Thus in discussions of sharing, very little is said to acknowledge that in order to give, someone must receive. The problem, as one research participant so eloquently explained is that “In some ways, it is harder to receive with an open heart, than it is to give with an open heart”.

I want to argue that all sharing relationships and exchanges are for-profit. Just not necessarily for financial profit. Hidden beneath this façade, this thin veneer that sharing is an act of generosity is a calculating and clamorous economy of social capital. (For those more interested in the nerdy academic side, sociologist Pierre Bourdieu’s work on social capital and the interested cultural economy is worth a peek).

It is within this unspoken economy in which the power of non-monetised sharing lies. Although much of the emphasis on sharing in popular media is on the giving side of sharing,in practice there must be just as many receivers as givers. Non-monetised sharing relies on trust and on shared understandings of social norms and obligations. Without acknowledging it explicitly, the person who is the receiver is also often the giver.

Let me explain. If I approach you to borrow your lawnmower I am asking you to do me a favour and lend me one of your possessions. At the same time, I am offering you a kind of ‘obligation ticket’. According to Australian social norms and conventions (and I can only assume that at least elements of this hold true for other Western contexts) if I receive a favour from you, in order to maintain my social status, I need to be obviously able and willing to reciprocate. Thus on agreeing to receive a favour, I am giving you the freedom to ask of me in return. And in doing so, I am offering you something more valuable than access to my ladder or my hedge-trimmer; I’m offering you the opportunity of an ongoing relationship.

If on the other hand I had borrowed your lawnmower and on returning it I paid you $20, I am essentially ending the transaction and escaping our social contract. According to social protocols I am no longer in your debt (assuming I paid enough) and you no longer have the ‘right’ to knock on my door and ask for a reciprocal favour. The beans have been counted and the exchange is over.

Of course, that’s not to say that you can’t come and ask me for something, in which case you would then owe me. But it is the unpaid obligations that are what creates the rich weave of social life. Sure, we might hate them sometimes, but without obligation, without a debt to pay, without a requirement from our community, we can never have the strength of community bonds that we desire. With meaningful connection comes vulnerability and it is this vulnerability we need to embrace.

Neatly defined and bounded transactions are exactly what the monetised sharing economy is about (although there is great diversity in the monetised economy – I won’t go there today but I think we need more terms than simply monetised and non-monetised). My own experiences of Airbnb suggest that real connections are made between people that wouldn’t have been made had I stayed at a hotel or a hostel. And these are good relationships that deepen my connection with the world and with the people in it, leading me to a more thoughtful inhabitation of my space. While these relationships are positive overall, they are fleeting and the risks are less. It’s easier to move on to a new Airbnb host than to move house. Yet Airbnb is not completely clear cut, you can rate and review people and interactions with individuals need to be negotiated.

Other monetised sharing programs, such as Zipcar, however are a step removed again. Many are run by large corporate organisations and according to the study by Bardhiand Eckhardt for many users it is used purely as a convenience, with no interest in community connection.The relationships between users are clearly defined, the lines solidly drawn. (Shareable published a criticism of the Bardhi and Eckhardt study for drawing overreaching conclusions based on its limited sample size – yet their work is a reminder that not all participants in the sharing economy are alike.)

From my perspective these solid lines, while greasing the wheels of exchange efficiency, function almost as hard boundaries stopping meaningful social connection from developing. Think of making a piñata, the sculpture holds together much more cohesively when the paper is ripped. The ripped edges are messy and fibrous. Using paper that has been cut on the edges, the boundaries neatly defined, the edges squared, it is much harder to create a cohesive whole. We need blurry edges in the creation of a congruent whole; we need blurry boundaries in our communities and not just on our piñatas. Yet the creation of blurry edges goes against so many of our social protocols. As Australian social commentator Hugh Mackay observed in one of his works of fiction:

Conventional wisdom says death is the last taboo in Western societies; in suburban culture, the last taboo is direct, confrontational, investigative conversation. We are more inhibited by our obsession with privacy – our own and each other’s – than by any of the lurid sexual repressions that are supposed to cripple us. The so-called respect for privacy constrains our forays into each other’s worlds to such an extent that most of the treasures on offer are never unearthed (Winter Close, page 131).

And so a year on, I am still dithering on my doorstep. I can no longer put off asking for that cup of sugar. If for no other reason than I need to report on my experience as a nice way of ending my PhD thesis. Yet the social norms that dictate what behaviour is acceptable make it difficult for me to knock on a stranger’s door and ask. Yet as rock icon Amanda Palmer explains, “Through the very act of asking people, I’d connected with them.” And thus in knocking on a door with an empty cup I am extending a hand of connection to the people who should be my community.

I am a nearly-finished PhD student at the University of Tasmania in Australia. I'm doing a qualitative study on the way in which Australian suburban residents conceptualise and practice sharing,

I am a nearly-finished PhD student at the University of Tasmania in Australia. I'm doing a qualitative study on the way in which Australian suburban residents conceptualise and practice sharing, and what this then means for suburban processes of social change. You can follow me on twitter @delightntfright

Things I share: I like sharing food, backyards, friends, cars, ideas and families, but use my deskspace at your peril.