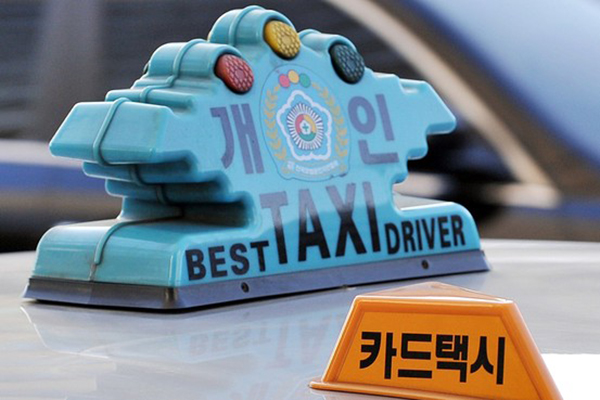 This past Monday Seoul City said it planned to ban Uber, the smartphone car-hailing service, and launch its own app for official taxis. Some reacted by calling Seoul’s sharing cred into question because, after all, Seoul is the self-proclaimed Sharing City with arguably the most ambitious sharing economy agenda of any city in the world. Shouldn’t Seoul support Uber?

On July 7th at the FAB 10 conference in Barcelona, futurist Bruce Sterling gave an impassioned speech explaining why cities should reject Uber, their collaborative economy ilk, and the horde of multinational corporations selling “Smart Cities” technology — technology which will likely further concentrate control and wealth into fewer hands.

I say bravo Seoul. Develop a local solution for taxi hailing. Keep control and wealth local. Keep it weird. Disconnect in intelligent ways from the brittle, banal, and destructive global economy. Independence, self-sufficiency, diversity, resilience, and equity characterize the developmental path of Sharing Cities. This is what Shareable works toward with the Sharing Cities Network, its joint actions, and our policy guide. Other cities should follow Seoul’s (and Hamburg, Brussels and Berlin’s) common sense lead.

Moreover, cities should not let themselves be bulldozed by the aura of inevitability that companies like Uber and Airbnb create with a tidal wave of capital and press. This tactic is lifted directly from a shopworn Silicon Valley playbook (which epitomizes technological determinism in its most crass and virulent form), but brought to a new, even more disturbing level. This is “Shock Entrepreneurship,” as in using “shock and awe” to stun enemies into submission.

Here’s a statement from Uber in reaction to Seoul’s decision that typifies Silicon Valley propaganda and hubris (and perhaps laziness — this might just be the cut and paste public relations of a company too busy taking over the world to be in tune with local realities):

“…Seoul is in danger of remaining trapped in the past and getting left behind by the global ‘sharing economy’ movement.”

This is laughable! Seoul is one of the most modern cities in the world. And Uber must not have gotten the memo about Seoul’s Sharing Cities initiative. Seoul is leading the urban wing of the sharing movement. It’s Uber that represents the past.

One nation, one solution, one app uber alles is a failed 20th century dream, not the 21st century reality we need. The future belongs to enterprises that distribute control and wealth rather than concentrating it, and that’s not a utopian dream, it’s an increasingly practical necessity in order to attact and keep customers in a zero marginal cost world. Venture Capitalist Brad Burnham said as much at the SHARE conference in May as reported by the Wall Street Journal in an article entitled, “Why Uber and Airbnb Might be in Big Trouble.”

Yet, Seoul could do better. Why not open source the local cab-hailing solution they create so other cities can use it? And, since the city government is backing local sharing startups with public money and resources, why not give the public more than just the privilege to use these startups’ services? At a conference in June, venture capitalist Chamath Palihapitiya suggested a 1% equity tax for the city of San Francisco as a way to combat gentrification. I think that’s a great idea, but 1% isn’t nearly enough and citizens deserve a say in public supported businesses too. Mere advisors sometimes get 1% or more. Cities should demand a stake equal to their contribution and use their influence to democratize local businesses.

In other words, good on Seoul for opting for a local solution over the app-style globalization of Uber and for its Sharing Cities initiative. These are steps in the right direction, yet there’s a lot more to do to spread the wealth in cities.