What's So Great About Portland? - Shareable
Skip to content 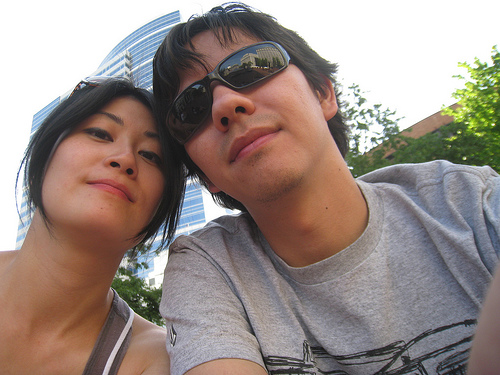 Everyone who cares about vibrant, vital cities loves Portland.

Oregon’s largest city manages to excel at almost every measure of urban livability from streetcars to bike commuters to microbreweries.

In fact, Portland gets so much positive press that our jealousy of the place can sometimes overpower our love. That explains the humorously jaundiced look at the city on the TV series Portlandia, where it is lampooned as a vegan Shangri-La where no one really has a job.

Here in Minneapolis, we’ve grown accustomed to chanting “We’re number two!”  It’s the best we can hope for in national surveys ranking cities for this or that exemplary quality. Portland seems always to win top honors.  I am sure folks in Seattle, Austin, Madison, Boston, Chicago, Denver, Salt Lake City and other towns feel the same. (Folks in New York and the Bay Area probably don’t even notice.)

In fact, Minneapolis erupted in giddy joy last year when Bicycling magazine named us America’s #1 Bike City, unseating Portland after many years on top.  Of course, Portland still has the most bike commuters of any large U.S. city.  We rank– as you might guess– second.

So what makes Portland great?  Do the frequent rainstorms give locals extra time to work out solutions to their civic problems?  Does Mount Hood rising in the distance cast a magical enchantment over the city?  Is there something in the water?

Most accounts of Portland’s accomplishments credit enlightened policies like an urban growth boundary that limits sprawl and an elected regional government, along with far-sighted public leaders who as early as the 1970s cancelled a new freeway and replaced it with a light rail line.

But that’s not the whole story, stresses Lenny Dee, a grassroots activists who’s been tracking local issues over four decades. “What people forget is that the light rail, the land use laws and all that would never have happened without the high levels of citizen involvement that goes on here.

Over the weekend, I got to see this citizen involvement firsthand at a rousing Commons Convergence event  pulled together by the Oregon Commons, a newly formed group encompassing more two dozen citizens organizations including Onward Oregon. (The event was co-sponsored by Metro, Portland’s regional government and my organization On the Commons.)

Even though it was a rare sunny afternoon in what has been an unremittingly gray spring, even by Portland standards, more than 200 people gathered at the St. David of Wales Episcopal church to celebrate those important elements of life in Portland that belong to everyone– from libraries, park preserves and Pioneer Courthouse Square (a world-famous public space built on the site of a parking lot) to the spirit of cooperation and commitment to social equity that guide many local projects.

City Repair was on hand to explain their transformations of street intersections into lively neighborhood gathering spots, an idea which has now spread to other cities. Portland Community Media shared their work making sure poor and minority communities have a local voice in broadcasting and on the internet.  And the Urban Greenspaces Institute reminded us how much wild nature can still be explored right in town.

And that was just the tip of the raincloud.  Tables around the perimeter of the packed parish hall showcased inspiring citizen efforts ranging from local food to neighborhood revitalization to the arts.

I came to town to talk about my new book All That We Share: A Field Guide to the Commons, which outlines the potential of the commons as a worldview to help us re-balance the dangerously out-of-whack emphasis on “me” in modern society with a new realization about the power of “we".

But I quickly saw that I would learn at least as much from this spirited gathering of Portlanders as they would learn from me.

I left Portland convinced that if Minneapolis and other cities across the land want to move up from the #2 slot in rankings of urban success, they ought to concentrate less on the nuts-and-bolts of achieving desired outcomes and concentrate more on efforts of all kinds that get people working together on the grassroots level to make a better community.  That’s the simple but powerful secret of a great city.