What's Next for the #BuyTwitter Campaign - Shareable
Skip to content 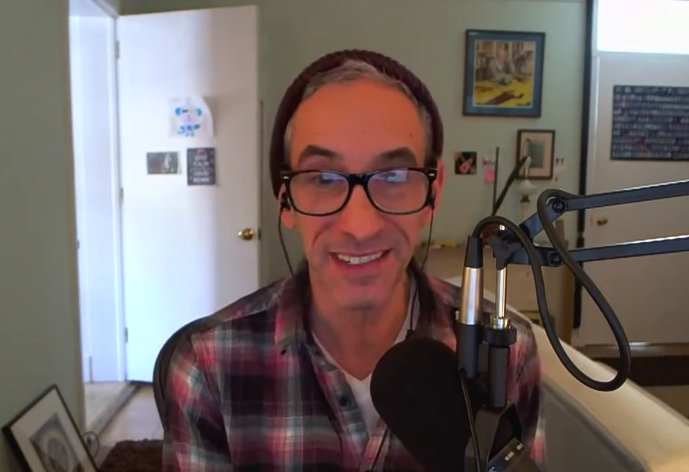 The #BuyTwitter campaign began back in September when thousands of Twitter users excitedly latched on to the idea of buying Twitter and converting it into a user-owned cooperative. The idea was sparked by an op-ed in The Guardian penned by Nathan Schneider, author and platform co-ops expert, as speculations of a Twitter sale were making headlines.

The initial enthusiasm waned, however, as the idea faced high hurdles including an impossibly high sales price. Many dropped from discussions or became disillusioned. Others saw it as a starting point from which people could scale down their ambitions and think more practically about platform cooperativism, the notion that users should own and control the digital platforms they use.

This was the focus of a recent panel discussion on Google Hangouts that Shareable helped coordinate. The dialogue featured experts in finance, co-op conversions, and the intersection of the tech economy and cooperative ownership. The discussion was sobering, though equally lively and informative, about the limits and opportunities of the movement.

Below is a recap of the discussion, which you can also watch in full, followed by two actions that organizers have taken to move the campaign forward.

Recap of #BuyTwitter and Beyond

Schneider kicked off the discussion with some background on the platform co-op movement. The basic idea, he explained, was that it is a fusion between cooperative enterprises and the online economy. He framed it as a transition from technology simply being a cool toy to an awareness around how technology is part of the basic infrastructure of an economy. The #BuyTwitter campaign came out of this recognition — seeing how digital platforms are like public utilities. For many, Twitter is a source of vital information, connection, and organizing.

Schneider shared the example of the Associated Press, which was founded in 1846 as a cooperative co-owned by news agencies that needed a centralized agency for news stories from around the world. Twitter plays a similar role for individuals, but since it's a for-profit company, the demands to deliver returns to the company's investor-owners seem to come at the expense of the platform's users.

Instead of Twitter's fate being a kind of spectator sport for users, Schneider said there was an opportunity to raise awareness of other possibilities. He admitted that his article in The Guardian was a "propaganda pitch" to spread the idea of platform cooperativism. It has had some success in that regard. Despite the growing sense that the campaign over-reached, Schneider emphasized that it was not done in vain. He said what is needed most is to move toward "practical strategies to build, starting small, and reclaim part of the essential online economy that we increasingly depend on."

One of the panelists, Chris Cook, has 30 years of experience in global markets and was once tasked by the U.K. Minister of Defense to look into resilient financial systems. He emphasized the need to modify and explore alternative models for shareholding. Cook called for the need to look at how to share risks and rewards, between those who work at an enterprise, and those who invest or use its services or products. Citing the etymology of words and phrases such as "stock" and "rate of return" he explained that the concept of democratizing ownership and shares of an entity is not a new one, and is something that's rooted in the past.

Founded in 1977, the ICA Group is the United States' oldest organization working on democratic employee ownership businesses across various industries. Its executive director, David Hammer, echoed Cook's call to look to the past for valuable lessons on how to organize employee ownership of businesses. A major lesson is that institutional support for something like a user buyout of Twitter is essential. Institutions, Hammer said, are key to being able to support initiatives like this on that scale.

One such model is the investment club, which is a type of cooperative where people pool their money to make investments together. He pointed to existing examples of cooperatives building networks to invest in each other, such as in Vermont and Minneapolis. He suggested that now is the time to build structures to organize people's enthusiasm, to start small and see where it can make a difference.

Rachel Lamkin, a tech litigator and finance professional, started off by saying how the platform co-op movement is completely necessary, especially given the inevitability of the automation of work across many industries. Lamkin said it is key to explore the financial tools available for workers and users to buy digital platforms. For example, people could explore how existing brick and mortar cooperatives are succeeding, and see if they can be hooked up to digital platform systems to make their products and services accessible online. She said that investors would be thrilled to put their money into an enterprise if they know they will succeed 10 years down the road. She suggested that those serious about platform cooperativism must not get involved in any companies wrapped up in the stock market and instead look to new democratized financing solutions.

Longtime Shareable contributor and author of "Throwing Rocks at the Google Bus: How Growth Became the Enemy of Prosperity," Douglas Rushkoff, moderated the conversation and framed it in the following way. He had believed in the Internet's potential to catalyze a new social and cultural revolution. But he was disappointed by how quickly the tech industry became a poster child for the NASDAQ stock exchange. He said that technologists, like the ones who founded Twitter, are smart and innovative when it comes to making the technology, but are rigid and unimaginative when it comes to financing it. That's why, he said, Twitter can be making $2 billion in revenue from a 140 character messaging platform, but still be seen as a failure because they took more venture capital funding than needed to be sustainable.

Most tech businesses, Rushkoff explained, are about the financialization of the service. Companies create more value through their stock than selling goods or services. This creates a problem where businesses recognize the voice of capital, but not its users.

Rushkoff said that it's exciting to have platform cooperativism as a counterargument to platform monopoly. Tech companies, like Amazon and Uber, establish their monopoly in one vertical market to then leverage to take over others, all in the singleminded pursuit of profit. Platform co-ops are an alternative for workers — and users needs to be front and center. He emphasized how this is not a leftist or progressive initiative. Having a business that provides a good product with happy customers and a solid revenue model is good business. Platform co-ops have an opportunity to redefine business success in a way that isn't merely based on boundless growth.

All of the panelists shared the same instruction: For any kind of user-driven initiative like #BuyTwitter to move forward, the community must be realistic and start small. This sentiment could not have been more timely. In the weeks since this discussion, people behind the #BuyTwitter campaign have already taken this to heart and taken two concrete steps in that direction.

In line with the kind of organizing that was suggested by the expert panelists, several people have pooled their money to begin paying for the group's use of Loomio at $20 per month — much like a purchasing co-op. Though it's a tiny step, it's a concrete one in the direction of starting small and leveraging users' capital. It's seen as a move toward forming an organization of user-funders that aggregates their money to collectively acquire existing platforms. Conversations are ongoing about how both initiatives — a software purchasing co-op and user acquisition co-op — can complement each other or work in tandem.

Despite all the talk about how implausible it is to proceed with the plan to buy Twitter and turn it into a user-owned cooperative, a group of those involved in the initiative have taken a bold step toward this goal. They've submitted a resolution for the next Twitter shareholder meeting. In collaboration with an individual who owned at least $2,000 worth of Twitter stock, they put forth a resolution to have the company explore the feasibility of selling the platform to its users through a cooperative. The proposal requests that Twitter, Inc. create a report on its findings and that it be available to stockholders and investors by Oct. 1, 2017. The one-page document was submitted on Dec. 16. They expect to hear back from the company about whether the resolution will appear at the next general shareholders' meeting within the coming weeks.

What's remarkable about the #BuyTwitter initiative is that it is evolving. Many have come and gone from the campaign, but there is still a core group of people who remain committed to its core objective of having users own and control their digital platforms. An ongoing issue with this project, however, is that most of those involved are U.S. citizens, white, male, and English-speaking. In order for the movement to be viable in the long run, it must be representative of all Internet users — which means it must bring more diverse stakeholders to the table. But by the same token, it's an already difficult campaign to organize. Clear goals are needed to help bring in more support. Shareable is excited to support the effort, and will continue to report on the latest developments of this movement for democratic ownership of tech.