What Role Should Cities Play in Sustainable Consumption? - Shareable
Skip to content

Though often satirized, Portland, Oregon's reputation for sustainability is the product of hard work by residents, community groups, and city officials. Today Portland is on the cutting edge of an issue with which cities around the world are grappling: sustainable consumption. I recently spoke by phone to J. Lauren Norris, Residential Sustainability Outreach Coordinator at the City of Portland Bureau of Planning and Sustainability. Norris helps run the Resourceful PDX program, which encourages Portlanders to buy smart, reuse, borrow and share, and fix and maintain to reduce waste.

Norris' experience offers a window into the practice of sustainable consumption on a municipal level, including the challenges and opportunities inherent to undertaking a mindful consumption campaign. Cities, she argues, have a critical part to play in establishing infrastructure around environmentally-conscious consumer behavior.

See below for a list of resources on sustainable consumption in Portland and around the world.

ABM: What is your role at the Portland Bureau of Planning and Sustainability?

Along with that, I work with a number of partners to engage the community. One of the things we've found here at the Resourceful PDX campaign is that most people in Portland get that it's great to buy smart, reuse, borrow and share, and fix and maintain. They know it's going to be fun for them, it's going to be something that actually gives them more time with their family and makes them feel more connected in their community. What they struggle with is knowing how to do these things, and where to go to do them. That's what our team is working on now: tying people to specific resources. The more specific we can get, the better for them to be able to fix, maintain, borrow, share, and rent.

We've started to map where we can practice these four areas throughout the city. We're also doing more specific partnering with some of the sharing community in Portland to get the word out that they're there, to help build structure around their projects, and to connect them to already-existing resources. 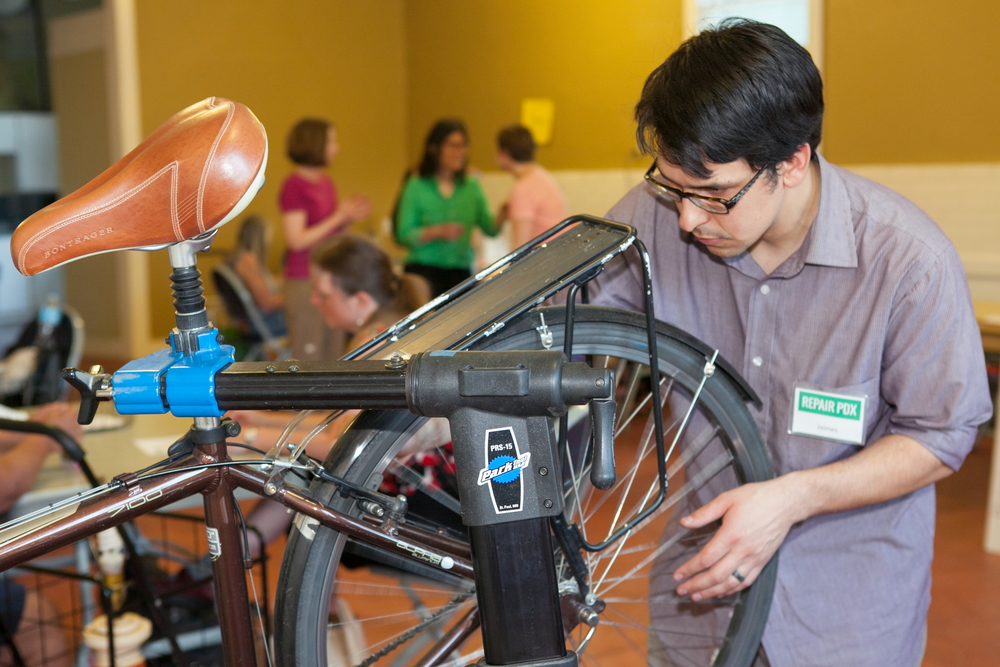 ABM: Can you give me an example of how these partnerships work?

LN: A lot of it is kind of wonky stuff. But [we also] do some things that are exciting and fresh. Our Resourceful PDX campaign promotes the tool libraries, swapnplays, kitchen shares, and buying clubs. We have them on the map, and we'll put them on our Facebook page and our blog, and just keep telling people that these exist, and how to participate in them.

The Repair PDX cafes that happen in Portland—we promote them strongly, and participate in them. We're also members of the Reuse Alliance, which has a strong sector in Oregon. It's very active in strengthening these organizations, and bringing the resources to them. And the neighborhood cleanups: we have 93 neighborhoods, and most of them have cleanup events where they collect bulk waste, and it's a fundraiser for them. Because we're in a relationship with Reuse Alliance, and find that there's a lot of barriers for them to be able to source materials, we connected the event and the organization together, and did a pilot where the Reuse organization could do collection events in conjunction with the cleanups.

We're also in the process of working with a number of multi-family property managers and landlords who are really concerned about all the bulky waste that ends up sitting in their garbage containment sections [during] the move-in, move-out period. [We're] helping them [with] a kit on how to do a swap event ahead of time, [so] they can be preemptive about it.

ABM: How do individuals and families interact with your office?

LN: The Resourceful PDX blog is very much about individuals and how can they find resources and use them. It's a great resource for just getting ideas.

We found that when [people are] in in a moment of transition is when they're going to be more likely to think differently about how they get the things that they need. So we're working to find ways to partner with people who are talking to individuals when they're in transition. That might be a wedding planner, a real estate agent, a college counselor, an adoption agency, a midwife. Times when families are changing their size, when people are moving, when they're remodeling are times when people are starting to think, "Oh, I need to get this thing" or, "I need to fill this need." [They can] shop, swap, or share, or fix—maybe they don't need it all the time. That's one area where we're just starting to build relationships in the community so that the Resourceful PDX message is there when they need it.

ABM: Are you looking at other cities or programs as models?

LN: The city of Vancouver has some really exciting messaging around thoughtful consumption, and especially gifts of experience during the holidays—we've looked at them. We're [also] in the middle of a research grant that involves seven or eight cities. We're trying to get a sense of what is out there in the economy around sharing, fixing, and maintaining. How many jobs are involved? Are there measurements of material that's being avoided by people using these kinds of services? Can we start setting our priorities, and measuring our baseline?

ABM: Are there particular areas of sustainable consumption in which Portland's innovating?

LN: It's funny timing. When we started to do the research for Resourceful PDX, and started focusing on these four areas, they were brand new, and it seemed like it was cutting-edge. But at the very moment that we were getting it, so were so many people around the world. So: is it innovative or not? People from Portland [were starting to] think about how to reuse, borrow, share, fix, and maintain, but it was coming from the groundswell all over the country and other parts of the world at the same time.

So it's funny, because it's like, "We don't feel innovative." But rather than it not being innovative, it's just that it's grassroots everywhere. It seems to be coming from all over now.

Some of what we want to explore is how what feels okay to borrow, share, and rent will look very different in one demographic than another. We looked at the West Hills of Portland, where there's wealthier folks. They would rather rent something, and that's just as legitimately about sharing as a swap program, or a cottage-industry kind of approach [that] Outer Southeast Portland might [take]. We want to make sure that people are sharing. We don't care what they call it, or how they do it.

It would be useful to do a gaps analysis first: Are there places where sharing, renting, borrowing, fixing, maintaining is not happening in Portland? Or seeing if it's different in different parts of Portland, and making sure that we use language differently so that all folks are doing more of it.

A lot of what we're doing in Portland is starting to put some infrastructure behind the ideas—trying to measure it, trying to assess some goals around it, and then making a stronger connection between the consumers and the resources out there, so that people understand how to use them, and where to go to get them. 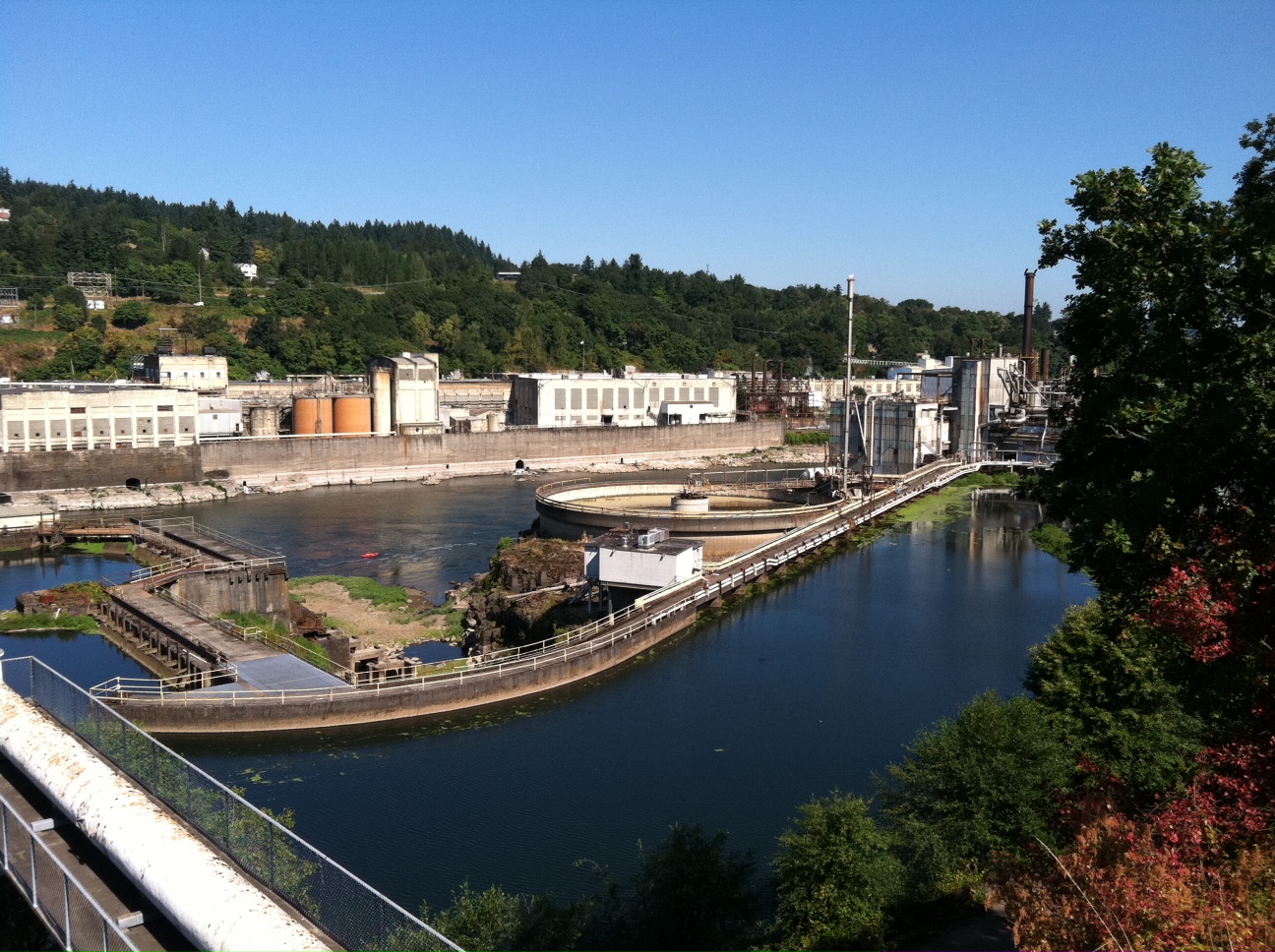 ABM: You talked about there being, on the one hand, a groundswell around sustainable consumption. On the other hand, people in Portland are already attuned to these issues. Do you think what you're doing in Portland is replicable elsewhere? Or are there some things that are just very specific to the place?

LN: I feel like whenever I go a conference, people are like, "Ah, who cares, it's Portland." The thing is that Portland wasn't always like this. We have little baby steps that we took along the way to get where we are today. I do think that the things that are here are specific. Like recycling. We have things that have to do with the geographics around us. We had paper mills right in our backyard that were giving us feedback, and needed the paper. That made it more likely that recycling would go well here.

But thoughtful consumption is something that more universally can happen anywhere. It's just the baby steps to get there. I think what you call it and what it looks and feels like will be very specific to each community.

ABM: What challenges do you face?

Another big issue that's facing these programs across the country is around definitions of what we mean by sharing, and making sure that the community, the environment, and equity are all included in the conversation. I think that's an important role for the city, to make sure that equity is a big part of defining what happens. [We want to] make sure that there's equitable access to resources, and that the benefits are available to everybody, but also that these new sharing economies don't end up burdening populations. [They should] build community rather create more barriers or have a regressive impact. That's something that we need to be aware of, and [be] testing.

ABM: On the flip side, is there any recent work that you're particularly excited about, or particularly proud of?

LN: The Resourceful PDX campaign itself is a great campaign. It's very positive, it's very fresh. People like it, the blog gets a lot of regular hits, and people are getting ideas and connecting there.

Also, the partnerships that we're starting to develop really feel like they're going in the right direction. [We're] starting to build community and capacity by working with the grassroots that are there, and making sure that people have access to them.

LN: We're finding that this new economy, this new sharing approach, and borrowing, fixing, maintaining, is going to take relationships in all directions. Non-profits, for-profits, and government all have important roles to play in terms of feedback loops as well as encouraging folks to become sustainable consumers. It's especially important that we have strong community infrastructure around this topic. 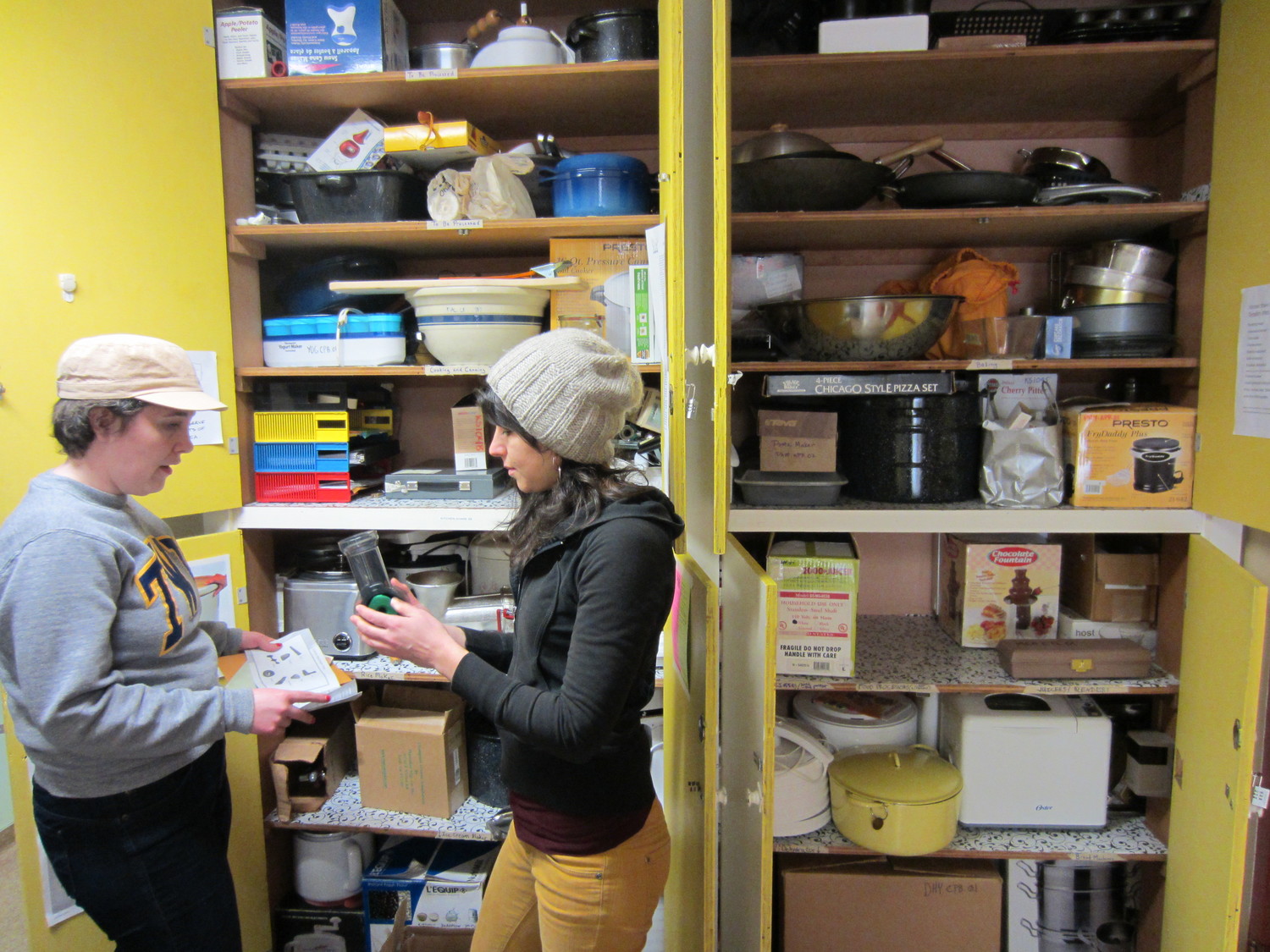 Carlson Communications. Thoughtful Consumption: Best Practices and Messaging Recommendations. Prepared for the City of Portland Bureau of Planning and Sustainability, 2011.

DHM Research, Inc. Be Resourceful Campaign Survey Research. Prepared for the City of Portland Bureau of Planning and Sustainability, 2011.

DHM Research, Inc. Be Resourceful Focus Group Research. Prepared for the City of Portland Bureau of Planning and Sustainability, 2011.