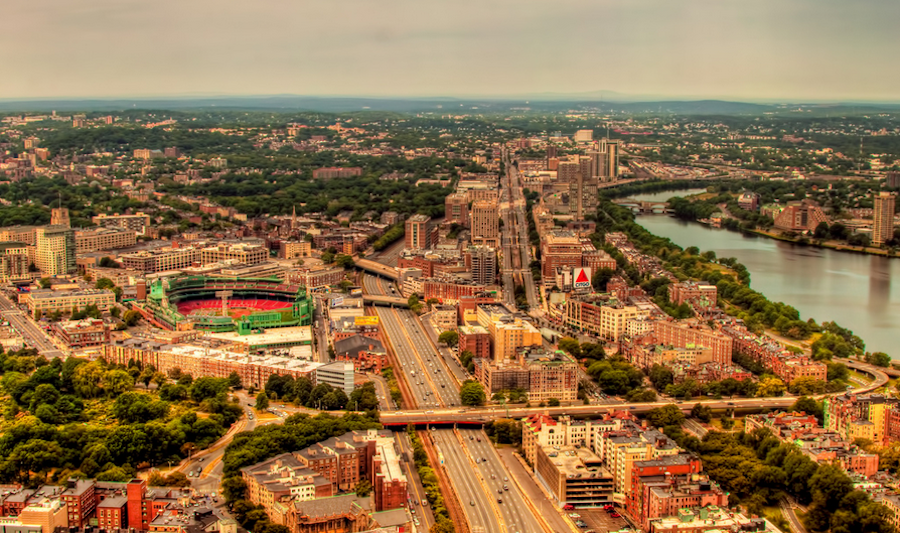 Cities may be our best hope for making meaningful progress in the area of sustainability. Cities are where most people live, they’re more nimble than national governments, and there’s a more direct connection between city officials and citizens. When it comes to moving ahead with sustainable consumption, cities could be a driving force.

In October, sustainable consumption experts gathered at The Role of Cities in Advancing Sustainable Consumption workshop in Eugene, Oregon to explore this possibility. Hosted by the Urban Sustainability Directors Network (USDN), Sustainable Consumption Research and Action Initiative (SCORAI), and the city of Eugene, the workshop brought together city sustainability staff, academics, and NGO representatives (including Shareable’s Neal Gorenflo) from around the United States. The Eugene event was the first of its kind and an important step in starting the conversation about the role cities play in sustainable consumption.

Last week, several workshop attendees participated in a webinar discussing their takeaways from the event. Webinar panelists included Babe O’Sullivan from the City of Eugene; Maurie Cohen from SCORAI; Brenda Nations from USDN; and Terry Moore from ECONorthwest. The webinar distilled a thought-provoking event showcasing many different perspectives down to its essence. What follows is a summary of lessons learned.

The starting point is this basic fact — the growth imperative of our economic system is fundamentally at odds with our finite natural systems. We need to refocus on individual, family, and community well-being and spread the message that sustainable consumption does not mean going without. Rather, it means better quality of life for everyone. To address inequality, we need to shape the economy for more equitable access to resources.

We need to rethink government’s influence on consumption. A growing economy is seen as a healthy economy and governments support economic growth. Shifting to sustainable consumption is seen as a threat to local business.

To move forward in meaningful ways, we need more data, measurable goals, and outcomes around sustainable consumption. Cities can be, and in some areas already are, leaders in sustainability as they are able to produce on the ground results. But there is a lack of tested practice. There needs to be cross-sector research and support for local action to find effective leverage points.

Which part of consumption are we trying to get rid of? At the workshop it was suggested that we create a one-sentence description of sustainable consumption, such as: Creating human and ecological well-being by transforming the economy so that it serves what we value.

The Role of Cities
Cities are positioned to make systemic change through policy around housing, economic development, wage and worker issues, institutional purchasing and more. They can frame sustainable consumption for a local audience, create balanced and proactive regulatory mechanisms around the sharing economy (which means not getting caught up in debates about Airbnb and Uber but seeing the bigger picture of the sharing economy as a tool to create healthy communities and environments). What’s the significance and role of the sharing economy and maker movement in sustainable consumption? Cities provide countless opportunities for grassroots sustainability and sharing initiatives.

We can conceptualize cities as metabolic systems that assimilate resources, process them in various ways, and then expel byproducts and other wastes—and create policies from that perspective. We need to look at the ecological footprint of cities. Even Vancouver, which we consider one of our most sustainable cities, is at more than twice the per capita biocapacity.

Sustainable consumption is at the heart of the challenge of city governance. City governments have long been about creating well-being for their constituents through ensuring public safety and public health. They go about these tasks under the umbrella of upholding public welfare

Some think sustainable consumption is something city governments should not be involved in, but city governments have been involved with all kinds of public well-being and regulatory activities for a long time.

Picking Up the Pace
The US is behind in the sustainability movement. In Europe, they are creating national sustainable consumption plans. In the US, developments on this front have been slow in coming. Reduced, or even different, consumption practices raise anxieties about economic growth and the maintenance of preferred lifestyles.

Beyond Tech
Sufficient progress limiting greenhouse emissions and addressing other sustainability challenges cannot be achieved on the basis of technology alone. Singular reliance on technology deployment has numerous consequences in the form of rebound effects and other unanticipated side-effects. We need to begin to consider absolute reductions in resource utilization from a system perspective focused on different consumption domains (food and food waste, energy, transportation).

An Economist’s Perspective
We tend to discount the future too much in economics. By making short run solutions we don’t give enough scope to long run systems. Environmental abundance allows relief from external costs, but that’s changing. A growing population, plus growing average per capita consumption, means total consumption is going up and we have a problem.

When things get unstable, efficiency is not the greatest idea. We need to slow down and think about what obstacles are out there. Simplification and redundancy is what gives resilience, and that is not the same as efficiency.

We are not at the whim of markets. We can set the rules for markets. We can make the market serve what we value. It’s about making markets pay attention to full, long-run costs.

Facing Facts
Bringing our consumption practices into the sunlight creates difficult political obstacles. We need to put on the table what those obstacles are and not sugar coat them or sidestep them.

Sustainable consumption is one of the more important tasks that city governments should be working on. We’re not going to make significant progress if we stay on “soft” solutions such as green consumption. Most of us would acknowledge that consumption is the gorilla in the room and we have to get serious in achieving real, meaningful reduction.

Next Steps From the Workshop
Participants are creating a one-page summary tentatively called the Eugene Memo. This will be a guide for how to best frame the issues for local leaders. It will list opportunities for sustainable purchasing research, provide literature review on key drivers for city strategy, and offer research proposals such as the negative effect of regulations banning clotheslines.

Sustainability experts and officials need to create a toolkit to filter and prioritize the most important actions that would have the biggest impact; and there needs to be cross-sector work between researchers and agencies.

Big Picture Perspective
We, as consumers and business owners, take a short run perspective There’s a difference between consumption and investment and we need to start doing more investment. We also need to deal with social fairness. Normal market vaguaries make some people winners and some people losers. Under this model, the distribution of resources will become more and more unbalanced. It will create a social unrest that will manifest in a number of ways.

Flip the Script
To engage stakeholders at the local government level we need to stress the idea of well-being. It’s an effective way to educate people about the effects of their lifestyle and buying habits. It’s not about deprivation or going without, but understanding what it is to have enough. It’s important to have optimism and focus on the positive changes we want to see.

After the basics (shelter, clothing, food, water) are covered, well-being is less dependent on material goods. This needs to be a central part of the sustainable consumption movement. As Terry Moore explained during the webinar, “After the conference, I didn’t talk about sustainable consumption. Instead, I said, ‘Living my life in a way that will be better for me, my family, my community and my planet.’”