What is the Informal Economy & Why Should You Care? - Shareable
Skip to content 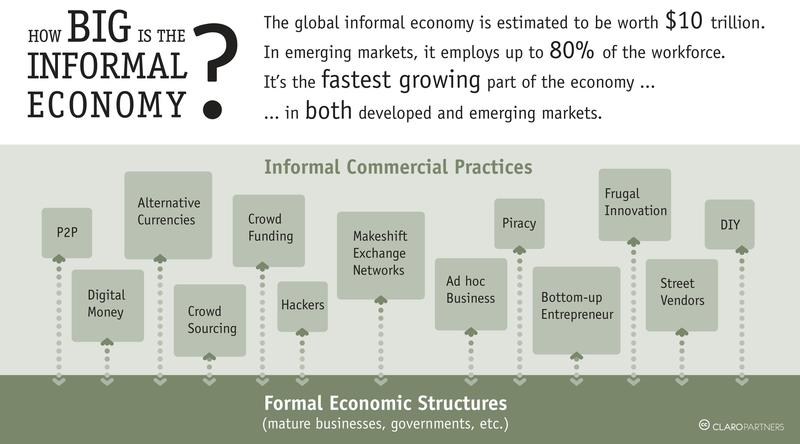 The “informal economy” is shorthand for a host of different under-the-radar, non-recognized, untracked, unsanctioned, disregarded, and often disparaged commercial activities taking place all around the world, in both emerging and developed markets. This includes everything from street vending to P2P networks to DIY exchanges, alternative currencies, and ad-hoc entrepreneurship. It is the fastest growing part of the global economy. If the informal economy were a country, it would have the world's second largest GDP. In the UK, it contributes 10 percent to the GDP and, in countries like Spain, over 20 percent. In some countries, it employs up to 80 percent of the workforce. 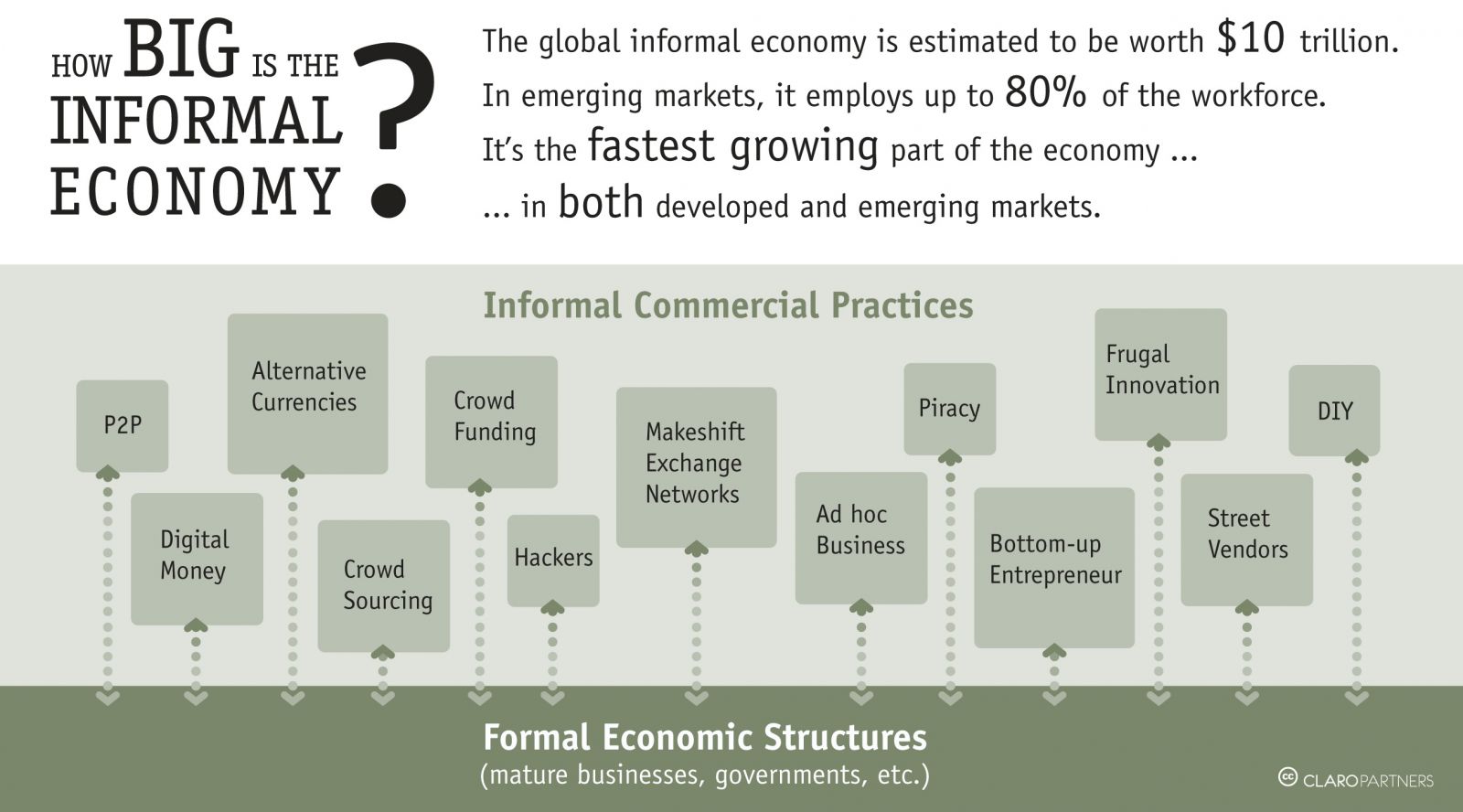 The wrong perception, and the wrong response.

Many mature businesses and policy makers mistakenly see these informal commercial activities as transient, as an evil to be stamped out or, conversely, to be studied and copied within formalized economic structures. But, in fact, these informal economic activities are growing at a much faster rate than formal ones; they are diversifying rapidly, and they generally cannot easily be assimilated or duplicated within formal structures. Certainly they are not going away — in fact, informal practices may be the best indicator of the future direction of global markets.

Herein lies the tantalizing dilemma of the informal economy. As big business increasingly focuses on emerging markets and the base of the pyramid for future growth, it perceives huge untapped markets. However, most companies don’t have the right products, services, price points, and distribution to reach these theoretical consumers. And in developed economies, manufacturers, retailers, and advertisers are alarmed that consumers no longer automatically depend upon branded products and services since informal alternatives may provide more appropriate solutions to their daily needs. 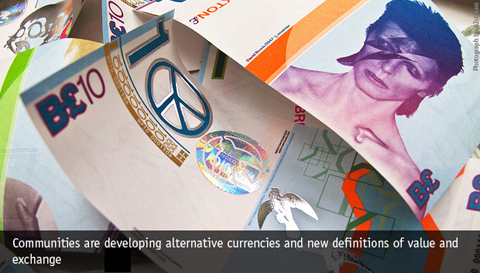 These informal commercial practices can no longer be dismissed as black, underground, or shadow activities. It is shallow to think the informal economy flourishes on greed, laziness, or inability. People participate in the informal economy for a variety of reasons (cultural, structural, individual), and most often do so because they are looking to grow a business that would otherwise not flourish. The informal economy is driven less by opportunism than by necessity — often to find ways around anti-innovation policies supported by many regulatory bodies to shore up inefficient but entrenched industries. 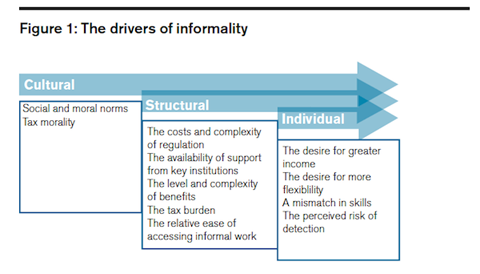 From the report, Untapped Enterprise: Learning to Live with the Informal Economy, by Benedict Dellot, RSA.

So we're going to hold an Informal Economy Symposium…you're invited

Our goal is to abandon the conventional idea that the informal economy is the other economy. Instead, the symposium will elaborate on its expanding scope, socio-economic value, and the possibilities for meaningful participation in new forms of value creation and exchange.

To explore these ideas, we are organizing the Informal Economy Symposium on October 12 and 13 in Barcelona, Spain, to gather leading thinkers in areas such as the misfit economy, frugal innovation, bottom-up entrepreneurship, and digital money for a day of keynote speakers and panels. There will be optional workshops on the second day to offer participants the immediate opportunity to put new insights into action.

· Keith Hart, one of the world’s leading economic anthropologists

· John Thackara, author of The Bubble: Designing in a Complex World

· How To Manage A Constellation – Xskool Workshop

Our goal is to move beyond description of the current state of play, and to identify existing and emerging opportunities to strengthen these connections in order to enable new value creation for everyone, everywhere.

Find out more about the symposium, register, or read our blog. You can also follow the conversation on twitter: @theinformalecon.