Visiting Economies of the Future - Shareable
Skip to content 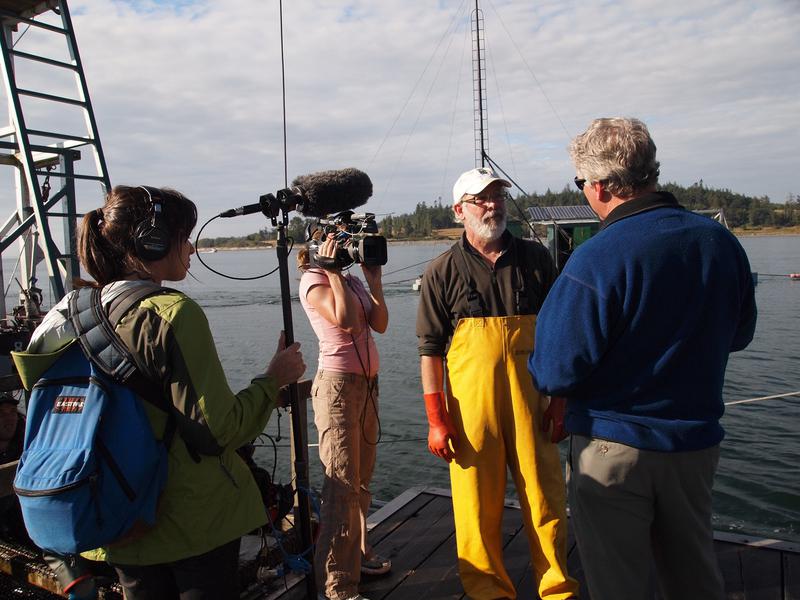 In Fixing the Future, host David Brancaccio, of public radio’s Marketplace and NOW on PBS, visits people and organizations across America that are attempting a revolution: the reinvention of the American economy. By featuring communities using sustainable and innovative approaches to create jobs and build prosperity, Fixing the Future inspires hope and renewal in a people overwhelmed by economic collapse. The film highlights effective, local practices such as: local business alliances, community banking, time banking/hour exchange, worker cooperatives and local currencies.

My grandmother, my mother, and my father are teachers. I’m even married to one. A downside of that noble profession, besides grading all the papers late into the night, is a teacher seldom gets to see the longer-term effects of their good work. A teacher tries to open the eyes of student to new ways of thinking but once the final grade is in, there typically is no longer-term accounting of how things turned out. So it is with journalism. We try to track down stories that open people’s eyes to new ways of thinking. We can measure how many people read, listen to or watch a piece of our reporting, but quite often it is tough to gauge the longer-term effects.

So it was with great delight that I was able to get to see the effects of one of our reporting projects play out quite vividly and quickly. When Fixing the Future first aired on PBS as a television special, our team soon heard from communities around the country. People were reaching out to us for more. They wanted to know how they could nurture their own local economies in some of the ways they had in the show. Could, for instance, larger-scale cooperatives address social problems closer to their home? Can we re-think community banking where we live? What happens when businesses and residents band together to focus on improving livelihoods locally?

Many people who contacted us after the initial broadcast said they wanted to do something concrete to improve their own livelihoods and to do it right away. Some wanted to know more about the Hour Exchange that had been set up in Portland, Maine. This initial interest actually compelled the founders of Hour Exchange Portland to embark on a cross-country pilgrimage of their own, sharing their experiences and spreading the idea of growing local economies. It was then that we realized we needed to update Fixing the Future into a longer documentary that chronicles some of this change. We could then capture a set of stories that could have a more enduring role in getting people together to talk about re-crafting their relationships to create, as one wise man terms it in the film, an economy that serves people as opposed to an economy that we are forced to serve.

In the new documentary, there is a scene in which the duo from Portland arranges a group discussion about local economic interrelationships. A ball of string unfurls as it is tossed back and forth to individuals in the room forming a web. There, we see an almost sculptural manifestation of the connections of social capital that might, if nurtured further, have the power to foster an economy that better serves more people and better serves the planet. Moreover, that strong social fabric they were spinning provides an incredible support structure in times of crisis.

One unforgettable figure who appears in the Fixing the Future documentary is Tim Jones, a policeman in the Pennsylvania town of Chester, a place full of good people and social challenges and where, as it happens, Dr. Martin Luther King attended seminary. We see Jones traveling from Chester to Santa Fe in the hopes of learning ways to heal his economy back home. Even with all his insight and charisma, Jones is later upstaged by the images of the wonderful children back in Chester as they tend their new community garden in a town that has not a single grocery store selling fresh fruit and vegetables.

We found our original premise holds. While the mainstream media focus on Washington and Wall Street, we found real agents of change on Main Street who are right now testing and perfecting some amazing innovations.

Fixing the Future will be in theaters across the U.S. for a special one-night-only event on July 18th or 19th, 2012 (check local listings). An exclusive onscreen panel featuring Bill McKibben, Majora Carter, Mike Brady and David Brancaccio will follow the film. If you’re interested in hosting or attending a screening, visit FixingtheFuture.org for more information.

David Brancaccio is host, explorer, and guide in the documentary film Fixing the Future. David is a correspondent for the radio program Marketplace produced by American Public Media. He hosted

David Brancaccio is host, explorer, and guide in the documentary film Fixing the Future. David is a correspondent for the radio program Marketplace produced by American Public Media. He hosted Marketplace for ten years after serving as a London-based correspondent for the program. He anchored the public television news programs Now on PBS and California Connected. Brancaccio holds the top awards in broadcast journalism, including the Emmy, the Peabody, the Columbia-duPont, and the Walter Cronkite Award. He is author of Squandering Aimlessly, a book about how Americans apply personal values to their money.