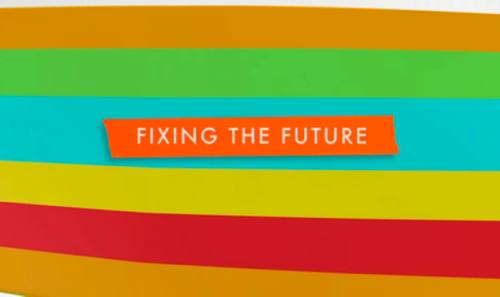 From Occupy Wall Street to the Eurozone to the Republican presidential debates, there are plenty of divergent views about how to fix or replace an economy ever-teetering on collapse. On Shareable, we avoid advocating holistic fixes, instead focusing on the communites and organizations that are building alternatives to an economy held together by complex financial instruments and baling wire. “Fixing The Future“, an hour-long PBS documentary about organizations and communities that are creating new jobs and prospering, takes a similar tack.

The documentary aims to document “people are working to fix the economy in a new way—and it’s happening on Main Street, not Wall Street…a new way to do business, a new way to make money, a new way to share, and a new way to work.” Many of the ideas featured will be familiar to Shareable readers, such as relationship economies, cooperatives, and time banks. But there are also a number of projects featured that may be new to longtime watchers of the new sharing economy.

You can watch the entire documentary below or at PBS video:

If you don’t have time to watch the entire hour-length film from your cubicle, the Fixing the Future website has a number of less time-consuming resources, including an interactive map to locate projects in your community, and animated shorts:

Jobs and the New Economy

Well-Being and the New Economy

Growth and the New Economy

You can dig into all of the resources at the Fixing the Future website.

Hat tip to Katie Johnson for the heads-up.