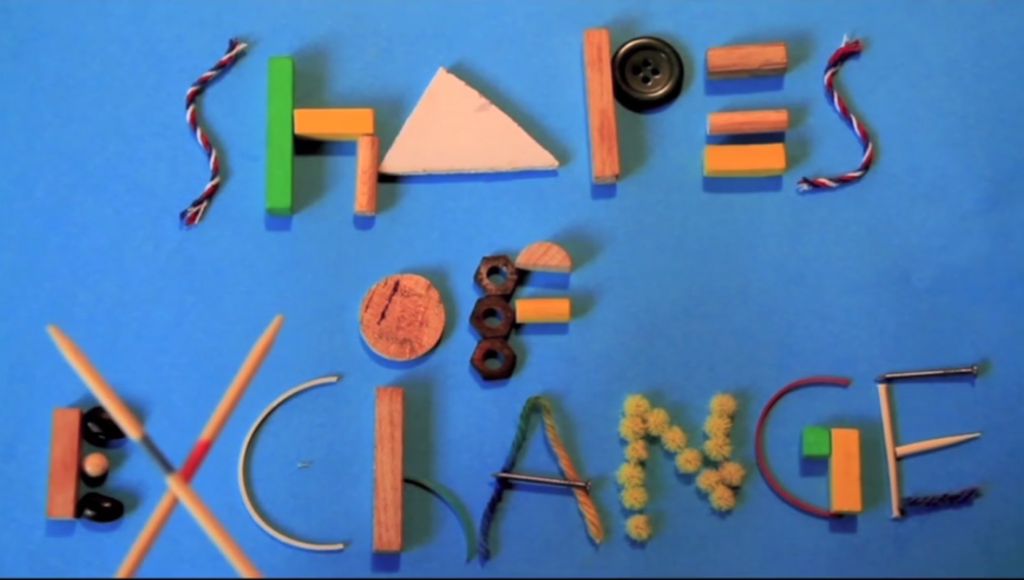 Things are changing. The old paradigm that aims to keep us hooked on buying from big corporations is losing its hold. Instead, communities across the world are turning to each other for basic needs and thriving as a result. As the tools of digital media become more accessible, folks are able to turn the lens towards their own community efforts, show the world what they've accomplished through sharing, and hopefully inspire others to take action. The eight films below are just a small sample of films documenting the sharing movement. Some are short, some are feature length. They all demonstrate that the sharing movement is growing every day. What documentaries would you add? Please share in comments.

We’ve talked before about the rise of worker owned cooperatives and the benefits of a worker owned model. In Shift Change, we get to go behind the scenes of current employee owned businesses that “compete successfully in today’s economy while providing secure, dignified jobs in democratic workplaces.” Made by award winning filmmakers Melissa Young and Mark Dworkin, “Shift Change encourages support for employee ownership, and provides on-the-ground experience from a variety of enterprises and locations.” Check your local PBS schedule for airtimes or purchase online.

Occupy the Farm follows the efforts of hundreds of urban farmers to stop the development of a shopping mall on the last large piece of farmland in the East Bay. By planting thousands of seeds, hauling in their own water, and refusing the leave the land they had begun to cultivate the organizers of Occupy the Farm proved that community resistance can result in community resilience. The film premiered in Berkeley, CA just last week. For more information on how you can see the full film visit their Facebook page.

Solidarity NYC has been busy spreading the word about the solidarity economy and supporting community efforts that reshape how New Yorkers connect with resources daily. In addition to these grassroots efforts, they have also produced a series of short films called “Portraits of the Solidarity Economy” which highlight the individuals, organizations, and businesses that make up the solidarity economy in New York City. The video featured here showcases Cooperative Home Care Associates, the largest and oldest worker owned co-op in the United States. For the complete “Portraits of the Solidarity Economy” series visit their website. ​

Food is one of our most basic human needs and, in turn, is one of the most obvious things we can share with each other. And with more of the world’s population living in cities and food deserts becoming a reality for many communities, the idea of urban farming is becoming a necessary next step for many. By visiting urban farms all over the United States, Growing Cities examines the role of urban farming in America and asks how much power it has to revitalize our cities and change the way we eat”. For a complete list of airtimes and screenings visit the website.

In order to build community gardens and other collective spaces there first needs to be somewhere to put them. And while most cities can be quite dense the truth is there are lots of unused spaces in even the most populated urban areas. This is what the founders of 596 Acres discovered when they learned that there are 596 acres of unused lots across all five boroughs of New York City. Through a massive mapping project 596 Acres mapped and cataloged each lot and included municipal information on who to contact and how to turn those lots into something the whole community can enjoy. The below video showcases community members who have taken ownership of lots in their neighborhood and are working to weave an active sharing community.

There are a myriad of ways that the new economy is emerging in cities and towns all over the world. In Fixing the Future, host David Brancaccio visits individuals and communities across the U.S. that are committed to a vision for a new, sustainable, and equitable economy. Highlighting efforts like local business alliances, community banking, time banking, worker cooperatives and local currencies Fixing the Future shows us that there are many ways to be involved in the changing economy.

The DIY Manifesto is a series of three interactive documentaries that showcase community self sufficiency efforts in Detroit, Michigan. Each film focuses on a different project meant to empower the community. The first focuses on food and community gardens, the second on a mesh network for alerts in an isolated community, and the third focuses on a bike cooperative aimed at empowering community members, particularly women and LGBT folks, to care for their bicycles and be their own transportation. Visit the website to view each film and to access the interactive elements that accompany the films. 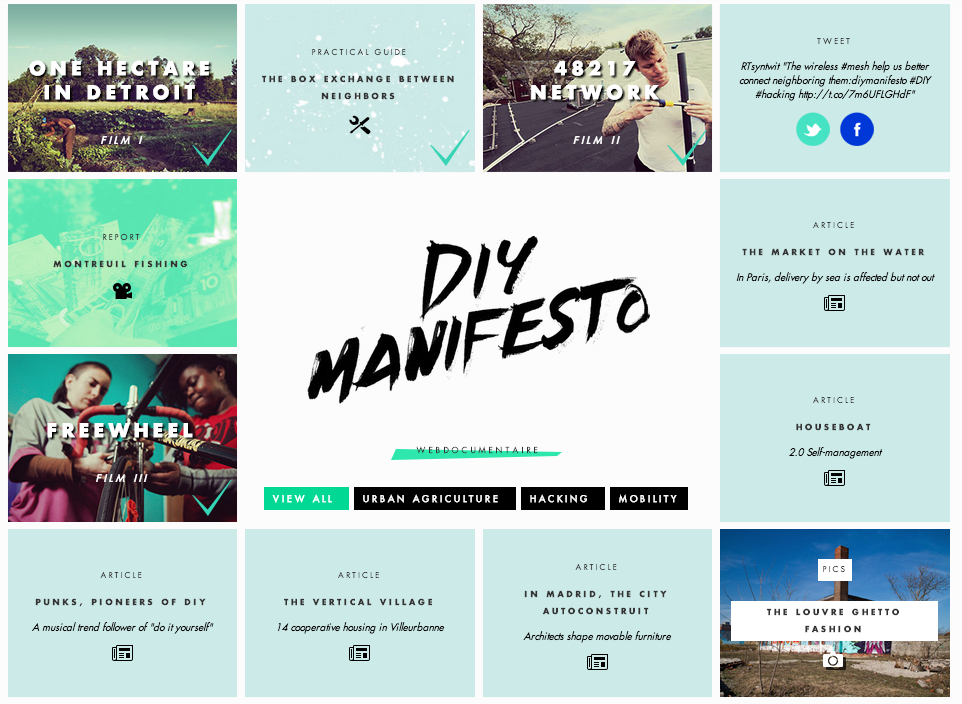