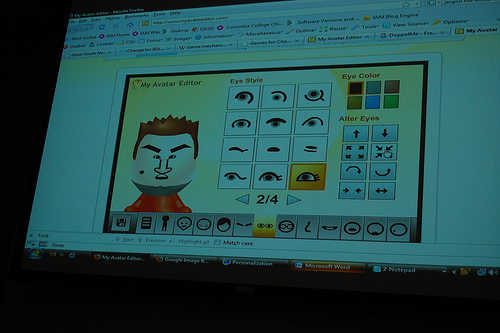 Three decades in, and video games still can’t get any respect. Even though they’re a major force in popular culture, a multi-billion-dollar-a-year culture industry, a stigma persists. And for a somewhat understandable reason: for every boundary-pushing game title like Flower or Heavy Rain, there are countless games that traffic in pure escapism. And while there’s nothing wrong with a little escapism, there is so much greater potential in the form to be realized that its reliance on well-worn formulas can be dispiriting.

Open Youth Networks, a program of the Department of Interactive Arts and Media at Chicago’s Columbia College, is exploring the potential of the form, to exploit gaming as a tool for social good. The program is using video games as a form of community outreach, empowering inner-city youth by teaching them the basics of game design, in turn giving them the tools to create games that reflect their own lives and realities.

Independent video producer and media activist Mindy Faber formed Open Youth Networks in 2007 to teach youth about emerging technologies and social media. But perhaps her most fascinating initiatives leverage video games as a tool for community building. As Faber explained to me in an interview last fall for Columbia College’s DEMO Magazine, the driving force behind these initiatives is to "introduce youth to the idea of creating games that have a social issue message that they take on…[examining] how values can be build into the mechanics of a game itself. Not so much the content of the game, but what you’re doing in the game–are you cooperating with others, or are you trying to undermine them?" 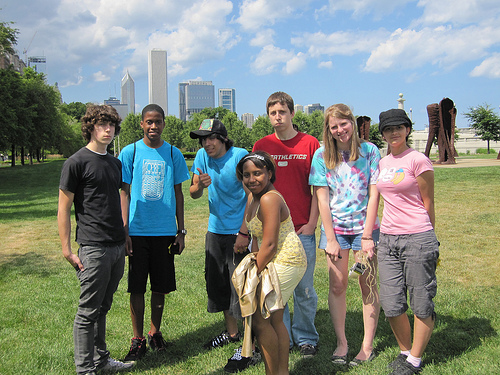 In a summer 2009 class, Faber and Emily Kuehn taught high school students how to use the open-source game-development platform Alice. The students developed their own game, titled "Surviving High School", in which players navigated "…the moral and ethical issues high school kids deal with every day as they navigate their adolescent years."

The goal of the project, Faber explained, was to demonstrate to students that "gaming has political and social messages, and how to deconstruct those messages, and then to take those same game development tools and not replicate what mass media is doing, not replicate a violent or gender-based stereotyped game, but to create a game with their own values."

An issue that particularly concerns Faber is the gender disparity in game development, as represented both in the overwhelmingly male game development community, and in the portrayal of women in video games. As she explained in our interview:

"We’re trying to prototype and build games that girls are actually in control of–online games, Facebook games, Wii games that teach self-defense for women. There’s potential for girls to enter this industry and shake it up, do something completely different, and I think that we need that, really badly. All youth are enthusiastic about games, and there’s so many myths and stereotypes about gender and games. One of our goals is to de-mythologize the idea that girls don’t play games very much. A Nielsen survey found that 58% of online gamers are girls and a BBC report found that massive multiplayer online games had 40% women participants. Our goal is to create collaboratory relationships with high schools through which we can create an incubator where girls can come in and be trained as game designers, and be asked, ‘what do you want to play and why?’ And then our students can build and prototype these games, put them in the marketplace and begin changing things up."

In August, Open Youth Networks will host the 3G Summit: The Future of Girls, Gaming and Gender. Fifty teenage girls from across Chicago will be invited to spend three days working with game industry professionals to build "globally/socially-conscious gaming platforms and play environments." The 3D game prototypes will then be presented in a culminating public event. The intent is not only to shift the discussion about gender and video games, but help foster an emerging workforce of women game developers.
Other upcoming projects include the Green Games Institute, which the Open Youth Networks website describes as "a twelve-week curricular process for urban youth that echoes the iterative cycle of game design with an environmentally critical focus." The class will teach the Open Youth Networks code of ethics behind gaming, and then provide the students with the skills to develop their own Facebook game that deals with issues of environmental policy.
Considering that video gaming is the lingua franca of youth culture, it’s essential to recognize that teens of all socioeconomic backgrounds must be empowered to create using the tools of the day. The model that Open Youth Networks has established suggests a roadmap for engaging youth by encouraging them to create and build community using the technologies they are immersed in. And, in the process, demonstrating that there’s far more video games can offer than mere escapism.