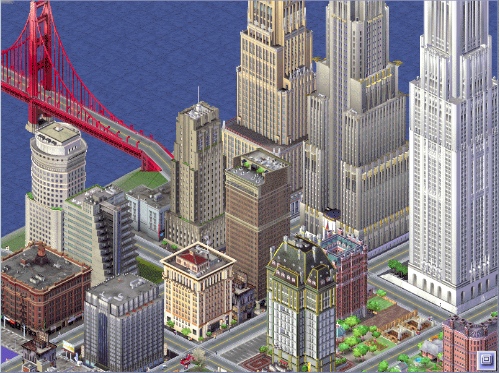 One of the most venerable gaming series of the ‘90s was Will Wright’s SimCity series, the city planning and management simulation. The game is still popular on platforms such as the iPhone, and remains one of the definitive takes on the simulation game genre. But ultimately, the purpose of SimCity is gaming foremost, with an attendant host of assumptions and oversimplifications. An emerging genre of games flips the script, seeking to engage players in community planning and social issues.

I’ve written previously about the work of Mindy Faber and Open Youth Networks, which teaches teenagers to build their own video games that address social ills. The gaming-for-social-good movement is gaining steam, with organizations such as Games for Change expanding the scope to address issues of civic engagement, global women’s issues, engagement for philanthropic organizations, and social design problems inherent in game development.

As Christian Madera notes at The Next American City, using games as an entry point for social issues is useful because “the dynamics embedded in most games are powerful psychological devices that can easily motivate people. These dynamics – such as asking players to be at a certain place at a certain time or to complete a series of tasks to accumulate rewards – incentivize participation in what ordinarily might be throughout of as dull activities.” Madera links to Boston’s Community PlanIt, which endeavors to make something that folks often dismiss as painfully boring–community planning–engaging and even fun. Utilizing location-aware mobile apps and hyperlocal social networking, Community PlanIt compels stakeholders to consider and get engaged in the community planning process.

The notion of games for social good can be problematic: what happens when the game part of the process ends and you have to get down to work? Will engagement wane it comes down to the laborous work of sorting through intractable social issues? Possibly, but their potential as an outreach tool is formidable. These sort of games are clearly not a solution alone, but as a way to incentivize engagement with the issues among those who feel intimidated by or disenfranchised from the process, they can serve as a useful entry point.