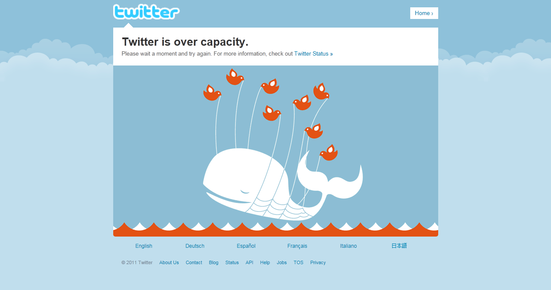 Last week, I got a notice from Twitter saying the Manhattan District Attorney's office had subpoenaed my account activity for a three-month period between September and December of last year. On October 1, I was arrested along with 700 or so other people marching across the Brooklyn Bridge as part of an early Occupy Wall Street demonstration, and charged with one count of disorderly conduct – about the same legal severity as a traffic ticket. In fact, it's precisely a ticket for blocking traffic. I pled not-guilty, and the DA's office subpoenaed my Tweets and account info.

Luckily I have a crack team of lawyers who are fighting the overbroad and procedurally inept subpoena, and am not in any real legal danger. After all, it's nothing more than a politically motivated traffic violation I'm accused of. But the whole process still raises some important concerns. The only reason I found out about the request was that Twitter decided to ignore the DA's warning not to disclose its exitstence to outside parties. Why was it Twitter who got subpoenaed even though they're my words the DA wants to see?

The short answer is: they're not my words. Not in the legal sense at least. Part of the Twitter user agreement is that the Tweets belong to the company, not to the user. As far as the law is concerned, my online self is an informational aspect of a legal entity named Twitter, not me. That means if someone wants to use my statements against me in court, it's not me they have to call, it's that little blue birdie. In this context the term "microblogging" gets some new meaning: Twitter's users really are unpaid content producers for a giant microblog hosting site.

People read the site – and the profit generating advertisements – because other users are providing free content there. Think of all the comedians doing stand-up sets for Twitter, the writers and thinkers having full debates, writing full essays in 140-character spurts, happy to donate the advertising revenue to the hosting site. For some people, that's professional work that's often paid.

Does this mean Twitter users should strike for our slice of the pie? Probably not. I like using Twitter, and I'm happy to give my writing on the site away on the site considering all I get to read for the same price. But social media companies are largely based on this crowdsourcing of value production, and I think it's only a matter of time, only a matter of a few legal inquiries like this one, a few cringe-inducing IPOs, before someone produces a next round of decentered social networks. That way, when the DA's office wants my words, they'll have to come to the source, not the aggregator.