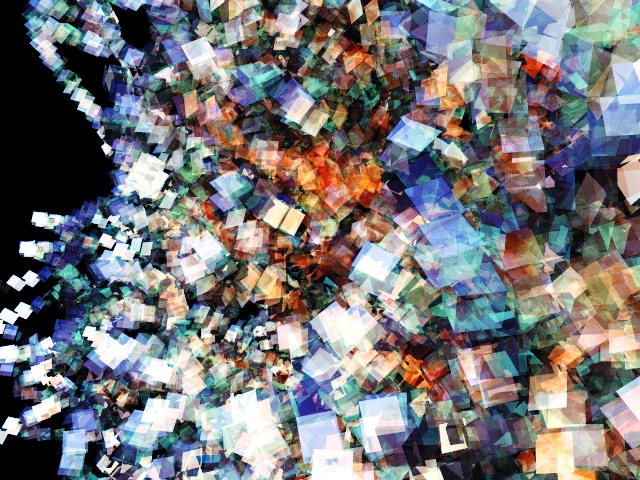 This week in sharing, we have more on the less-than-utopian future of 3D printing, crowdfunding neighborhoods and code, a fitting tribute to Elinor Ostrom, and Twitter appealing the @destructuremal ruling.

To date, the visions of what can be accomplished with 3D printers have hewed towards the optimistic and tech-utopian. But with talk of 3D printed weapons, drugs, and pirated goods comes fears that the Feds may clamp down on 3D printing freedoms before the movement even takes off. At TechCrunch, political science professor Rick Kelly warns that 3D printing may be the next frontier of battles over Internet freedom. In less dystopian 3D printer news (depending on your perspective,) Motherboard reports that scientists in Vienna have developed a technique for printing on an molecular level.

On the heels of urban crowdfunding platform Spacehive comes Brickstarter, a prototype by Finnish design team Sitra that aims to facilitate the rapid funding of small neighborhood-based projects. Crowdfunding urban projects is a topic eliciting a fair amount of controversy, which Neighborland's Matthew Hall delved into for Shareable last month.

Could "crowdcoding" save the newly-untethered Diaspora? Perhaps not: Late Labs is a startup that connects programmers with coding projects they can work on in exchange for startup equity. In a best-case scenario, the site could appeal to developers with a slight taste for gambling on potential future returns, and even make a few rich for a few hours of coding on the side. In a worst-case scenario, it becomes a Mechanical Turk for highly-skilled labor. Should be interesting to see how it plays out.

The latest issue of the International Journal of the Commons, the premiere peer-reviewed journal of commons-centered topics and strategies, pays tribute to Nobel Laureate Elinor Ostrom. One of the founders of the Inter-Agency Standing Committee (IASC), Ostrom was a lifelong advocate for locally-based and collaborative approaches to producing and managing resources. The design principles she articulated for managing shared resources is fundamental to the contemporary commons movement, and as evidenced in the latest edition of the International Journal of the Commons, has globally transformative potential and application.

The Public Banking Institute is putting the pieces in place to start a county-owned bank in Sonoma County. A group of representatives of the TK are reaching out to local businesses, government officials, and university to build a coalition of supporters, and is aiming to get country supervisors to vote on the proposal sometime during the first half of next year.

The saga of TWiS alum Malcolm Harris's Twitter account and the Manhattan District Attorney's office continues. The Manhattan DA subpoenaed Harris's Twitter account activity and user information in January, after he was arrested and charged for disorderly conduct during the Occupy Wall Street march across the Brooklyn Bridge last October. Twitter intervened in the case, filing a motion in May stating that users "had the right to challenge third-party requests for our tweets and personal information." In July, the Manhattan Criminal Court ruled that users of services such as Twitter have "no reasonable expectation of privacy" and ordered Twitter to turn over Harris's user data, a ruling with sobering implications for civil liberties online. In the latest salvo, Twitter filed an appeal on Monday, arguing that tweets are subject to Fourth Amendment protections. The appeal can be read in full (PDF) at Wired.