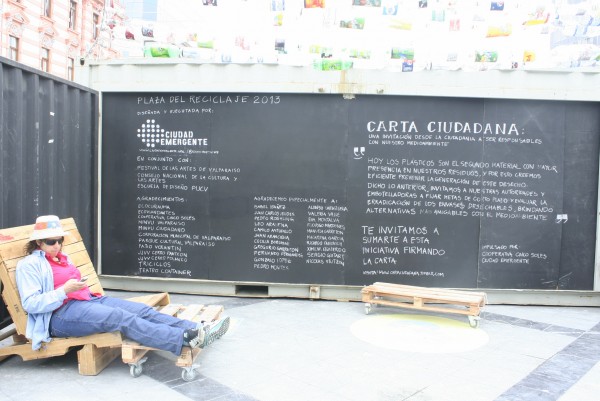 Global Innovators is a 10-part series that celebrates the remarkable work of social innovators from outside the English-speaking world. Twice a month we profile the stories of inspiring community pioneers from across three broad cultural clusters: change enthusiasts from Italy, France and the Spanish-speaking world. The series, inspired by the multilingual editions of the Enabling City toolkit, focuses on a rich variety of themes that explore 'enabling' frameworks for participatory social change.

Tactical urbanism. Urbanismo tàctico. Urbanisme tactique. The term is the same in many languages, but the way the practice translates on the ground is just as diverse as the people (and the places) behind it. Javier Vergara Petrescu is a seasoned ‘translator’ whose projects have been inspiring citizens and practitioners both at home and abroad. As the founder of Ciudad Emergente, he has worked in three continents to improve the quality of urban life through creative community involvement. We spoke to him today to learn more about his current projects, his travels, and what brought him back to Chile to experiment with tactical urbanism.

Enabling City: You have studied in London, lived in New York, worked in Germany and Brazil, and are now back to your native Santiago de Chile. What brings you home?

Javier Vergara Petrescu: I was a Lecturer in Urbanism at the Universidad Católica de Santiago when I was awarded a full scholarship to pursue graduate studies at the London School of Economics. With my MSc in City Design fully funded by the Chilean government, I committed to returning home after my studies to work in the country. Today, more and more young Chileans are studying abroad and are coming home with fresh ideas and a new way of doing things. For Chile this is important because we are a remote country, and this helps us challenge close-mindedness in a very tangible way. I hope this means that the young Chileans absorbing new ideas today will become the progressive decision-makers of tomorrow. 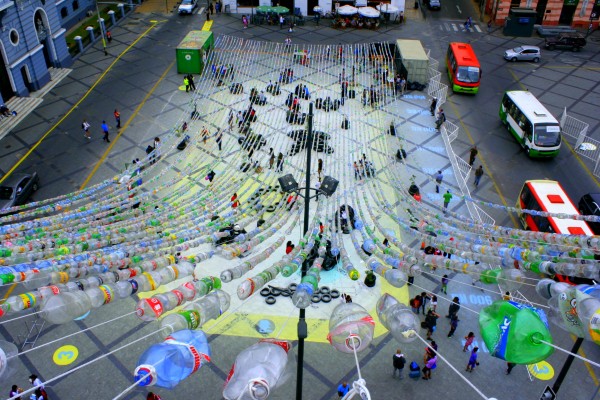 EC: You have been involved with the Tactical Urbanism team in the US for some time and now you are mainstreaming the practice in Chile. Have you noticed any major differences between North and South American approaches to tactical urbanism?

JVP: Yes. It all started in 2011, when I was living in New York. I was starting up Ciudad Emergente and kept meeting a great number of people working on amazing participatory planning projects, people like Mike Lydon of Street Plans Collaborative and Aurash Khawarzad of Change Administration Studio.

But tactical urbanism is not entirely new to Chile. The basic premise – implementing short-term actions to respond to urban challenges –reflects a way of doing things that is deeply rooted in South American culture. Ciudad Emergente simply introduced a new term to capture the spirit of this growing practice and to raise awareness about its transformative potential.

One of the main differences I see between North and South America, though, is the culture of participation. In the North, people are more inclined to have a say in decision-making processes, whereas in the South civic engagement is something that began to flourish after the fall of dictatorships and the emergence of new economic opportunities. It’s only in the past few decades that we have collectively become aware of the importance of civic education. Latin American societies are still influenced by a ‘paternalistic’ approach where disadvantaged people are turned into passive receivers of public support rather than being seen as active agents of change. At the same time, those who are better off tend to embrace individualism and personal success, and don’t quite trust institutions or see them as possible partners. We might already be active on the ‘short-term action’ side of things, but we are missing a long-term vision – and for that you need a confident and empowered citizenry. 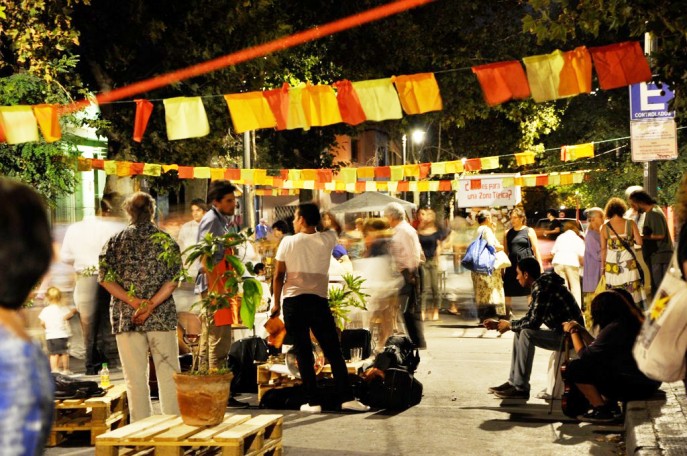 EC: You started Ciudad Emergente to work on urban livability and high-impact participatory projects in South America. What are some of the key lessons you have learned along the way?

JVP: What I’ve noticed so far is that, regardless of a community’s overall social capital, people really connect with the “lighter-quicker-cheaper” model. It’s a ‘capacity-building-by-example’ approach that works really well here. I have learned that urbanism isn’t just the domain of urban planners, and that the everyday and the DIY spheres matter, too. Some of the best examples of great public spaces are the ones that are shaped by the people themselves.

EC: You have lived and worked in many countries. What kinds of opportunities for knowledge-sharing have you found between Chile and the rest of the world?

JVP: We are a remote country that has been catching up to the developed world through digital literacy. Chile is ranked 10th in the world for Twitter users and over 80% of Santiago’s population is on Facebook. This means that more and more people are sharing their experiences and coming together at events like Buenos Aires’ CityCamp. That said, we have a long way to go to effectively connect local actors with groups both inside and outside the country!

This is why we have brought the popular Tactical Urbanism Salon format to Chile’s XVIII Architecture Biennale, and why Ciudad Emergente and Street Plans Collaborative have partnered to launch a Latin American version of the Tactical Urbanism toolkit. We will be featuring initiatives from Colombia, Chile, Perú, and Argentina in the hopes of sparking a debate on participatory urbanism from a South American perspective.

EC: You are also the founder of Citisent and a Professor. Is the tactical urbanism model well received by academics?

JVP: Yes. Introducing tactical urbanism into academia has allowed us to go deeper into research and debate. Engaging with that world gives us a chance to tune up our projects with the help of dedicated students, and to organize national and international seminars to get more urban planners familiarized with the model of ‘short-term actions for long-term change.’ Universities can be great partners for that.

EC: What else have you been working on lately?

2013 continues to be an exciting year for Ciudad Emergente!

The Chilean Council of Culture and Arts commissioned a large, pop-up recycling plaza for Valparaiso’s Urban Festival, a city where there is no recycling system or recycling culture. We built a temporary roof structure made out of 12,000 plastic bottles brought to us by the people of Valparaiso. Then we launched a city-wide campaign and partnered with grassroots organizations to install four stations for the collection of PET bottles. The idea was to demonstrate that people are willing to recycle if there is the political support for it. Thanks to the project, we were able to successfully install recycling stations that are now 100% operative!

We are also working on a project called Malòn Urbano, a kind of urban potluck where residents come together to discuss solutions for their neighborhoods. We have four planned in Antofagasta City this year. Because of the mining industry, Antofagasta is the wealthiest city in Chile. It has the GDP of Toronto but performs poorly in areas like education, green spaces, and social capital. Malòn Urban will serve as a tactic for community-building and neighborhood improvement, as well as to develop a set of indicators on subjective wellbeing (such as happiness, life satisfaction, etc.) that will be used to complement data from the OECD. Malòn Urbano is also being used by the Ministry of Housing and Urbanism in Chile as part of a heritage zone master plan at Barrio Yungay in Santiago.

Other projects include an international seminar with Universidad Católica de Santiago  and Monash University to prototype mobility strategies for Santiago; ‘tactically’ extending the bike lane network of the Municipality of Providencia; transforming neglected spaces near shopping malls into areas for urban agriculture… and more!

I have to say that none of these projects and social initiaves would have been ever achieved without the great work of my partners at Ciudad Emergente. My hope is to share what I have learned from my international practice and to do our part in improving the quality of life in our cities. There is no shortage of ideas or opportunities in South America… This is just the beginning!