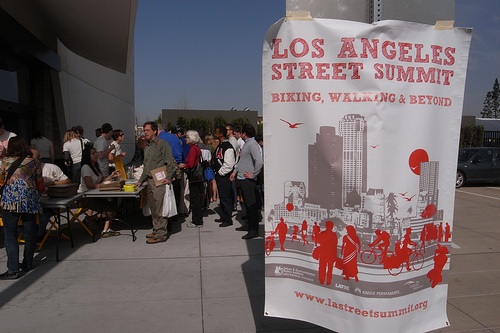 The StreetSummit started out last year as a cycling-focused BikeSummit but has since expanded to include walking, transportation, and livable streets in general. The event, sponsored by the Urban & Environmental Policy Institute at Occidental College, Kaiser Permanente, The California Endowment, and LA Trade Tech College, drew crowd of 500 passionate activists from many walks of life: cyclists, policymakers, artists, advocates, and community leaders.

The Summit was all about promoting non-car (e.g. “alternative”) transportation with festivity and fun, with bike valets, free T-shirts, and free lunch for registrants at food trucks prepared for the event. A photo exhibit also featured urban visualization work by Narrow Streets: Los Angeles, Diane Meyer’s Without a Car in the World portraits of Angelenos living car-free, GOOD Magazine’s Redesign Your Street Contest participants, and visualizations by CicLAvía, LA’s best hope at achieving car-free “Sunday Streets.” 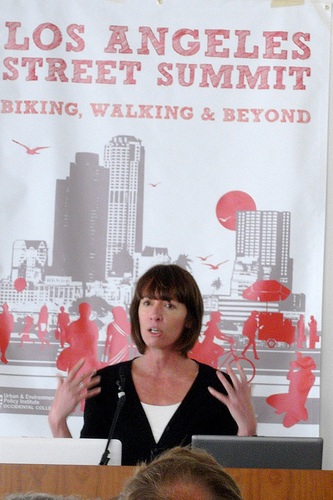 I was invited to give a workshop at the StreetSummit by the incredibly dedicated Ramon Martinez, Summit coordinator, creator of Bike Oven, a free bicycle repair co-op, and a reader of my Narrow Streets: Los Angeles blog. But if a single criticism can be leveled at this otherwise impressively smoothly run event, it’s that there were too many great workshops to choose from — 36! — crammed into only three one-hour time slots, with topics ranging from policy politics, public health, crowdsourced bike mapping, walking clubs, alleyway reclamation, the perils of free parking, and even food truck culture. 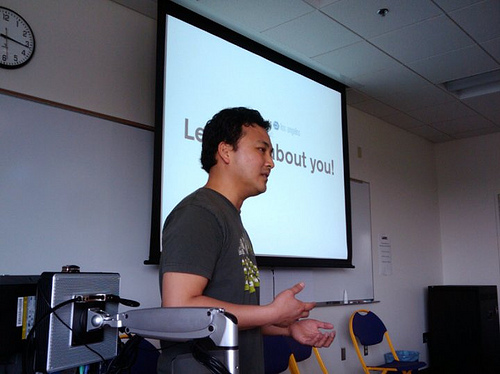 As a presenter myself (above!), I was only able to attend two seminars and was left hungry for more; I wished the Summit could be extended for the whole weekend. Aside from the usual (but no less important) mentions of the environment, social justice, and health, a few surprising lessons emerged from the impassioned whirlwind of discussion —  lessons that I bet are relevant to almost any car-centered city that is trying to open up its streets to everyone. 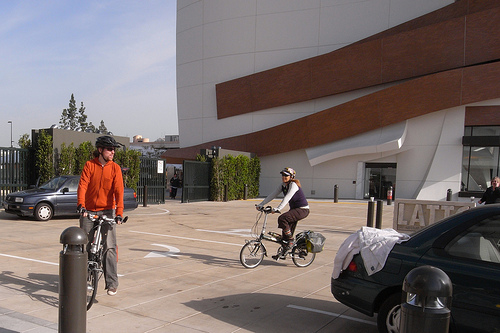 From 9:30am to 5:00pm, activists young and old gathered in hallways, under trees, and by bike racks to discuss everything from City Hall war stories to the Wolfpack’s guerrilla bike tour of the LA Marathon route. Huge congratulations have to go out to Occidental College’s UEPI, the presenters, and all the participants who made this year’s Summit an even bigger success than the one before — and by doing so ensure an even better one next year. Looks like LA’s on a roll!

I'm a writer, designer, photographer, and self-confessed urban planning geek living in Los Angeles, where I work as an art director at an ad agency by day and otherwise spend

I'm a writer, designer, photographer, and self-confessed urban planning geek living in Los Angeles, where I work as an art director at an ad agency by day and otherwise spend my time writing fiction and (what else?) screenplays, the latest of which is a near-future, post-suburban corporate satire that people seem to enjoy, judging from recent contest results. I grew up in Orange County and have lived in Berkeley, Yokohama, and Boston before winding up back here in Southern California.