Times Are Tough All Over - Shareable
Skip to content 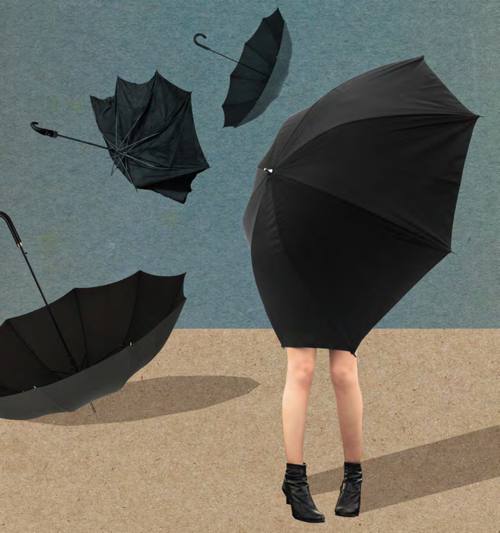 Paulie hangs out in the parking lot at Target, waiting for the mothers. The newer the better. They’re easy to spot: hair a mess, eyes glazed over, shopping carts stuffed with diapers and formula that they leave outside the car as they pack their babies into car seats. That’s when Paul makes his move—grab the cart and run. Not like she’s going to catch him, right? You can’t leave your kid behind. Paul knows this. He’s got a kid at home, too.

Bernadette attends house meetings for Organizing America. She doesn’t vote, but they’ve always got snacks. When no one’s looking, she pockets the leftover mini sandwiches; saves five bucks the next day at the cafeteria. One time, she got away with six sandwiches—six times five bucks is a lot of money. You can do a lot with that kind of money.

Jean can’t afford the movies. Three kids at $12 a ticket? Plus popcorn?—forget it. So what she does is pop some Orville Reddenbocker in the microwave, load everybody in the car, and drive to stuff that’s cool: a lightning storm over Lake Michigan, or that house on Humbolt Boulevard with the crazy Christmas lights. They sit there, in the dark, passing the popcorn, watching.

Rebecca’s husband travels a lot, so she got a cat. It looked like the one eating from crystal goblets on TV commercials: long, silky orange hair. Within the week, there was long, silky orange hair all over Rebecca’s white formal living room; white carpet, white chaise, white marble, white drapes, white throws. Rebecca considered redoing the living room again, something that wouldn’t show the hair. Something orangeish. What are they calling orange these days? Sienna? She even went through the Rolodex and found her designer’s cell number: it would be fun; it would kill time; fill up the hours passing so long, so slow, molasses through a seive. In the end, she decided against it. Another room design wasn’t practical, not in today’s economy. She put the cat in the carrier, drove to Animal Cruelty, and asked if she could trade it for a white one.

After Andy’s dad got laid off from GM, Andy went to the Hyundai lot in the middle of the night. So, okay: he’d had a few. Fine: more than a few. He’d fucked up the ACTs, his dad was on the couch, what else you going to do? “All the shiny fucking new Jap cars in their perfect fucking rows.” He leaned over the gas gauge. Flipped open his Zippo. “Fucking Hyundai. Fuckers.” It made sense at the time.

What Lou does is this: after the customer gives him the credit card receipt, he adds an extra number to the tip. Like, if they left 5 bucks, he puts a 1 in front of the 5 and gets paid out 15. See? 3 in front of a 9 is 39. 39 bucks is half his gas bill. Nobody’s come after him yet, so he’s getting greedy; last night he added a 1 in front of the 12. Hundred and 12 bucks. Shit. It’s almost worth getting caught.

Delia took off her clothes. She’d said she’d never do that.

All these kids graduating from college. There aren’t any jobs. So they go for more college—things’ll turn around by the time they finish the second time.

Marcus heard about a guy who made money on the internet. Six figures in the first year! He didn’t know much about computers, but it’s easy to figure out, right? There were all those free tutorials! Free eBooks! Free webinars! Free once you signed up for a monthly subscription! Free with your credit card number! Free! Everything’s free!

Abby’s dad slammed the door and her mom yelled those words at his disappearing back. Then she leaned on the counter and cried. Then she remembered Abby was there and said, “You have to kiss frogs before you find your prince.” She said that a lot, so today Abby went to the creek with a bucket. She caught seventeen frogs, the highest number she could count, and then sat on the back porch kissing them. The first few were slimy and gross, but, after a while, their skin dried out in the bucket and it felt like licking sand.

What can you sell? Look around your living room: books, CDs, DVDs; shelves from IKEA; plants—plants are expensive, somebody’ll buy the plants;—those are nice fixtures, too; you’d be amazed at what pipes cost; even the nails are worth something. Everybody needs nails.

Deb sold blood. Frank sold sperm. Wally sold hair. Kristine sold eggs. She was an excellent candidate, they told her at the clinic—white, blonde, with a graduate degree. She could charge top dollar.

Alex sold urine. It was a niche market. He had a cushy, door-to-door job with a health insurance company: go to homes of potential clients, give them a plastic cup, wait while they pee. If it took a while—sometimes people take a while—he’d go through their drawers. One time, he found the glass pipe, the jar full of pot. On the table was an empty gallon of cranberry juice—Slick, Alex thought. No way was this guy’s pee clean, no way would the company insure him, so when the guy came out of the bathroom, Alex made an offer. He had a case full of urine. He had a daughter in private school.

When we were kids, we’d collect empty pop cans and return them at ten cents per; fifty cans’d fill your gas tank. We’re all grown-up now, and we still collect cans. Takes a lot more of them, though.

It wasn’t Tim’s fault. First he had the flu. Then the bookstore sold out of the textbook. Then his friend needed help—Tim explained all this to his physics professor. He’d done the homework! He knew the material! He had to pass the class, any more withdrawls and they’d kick him out of the dorm—just one moreextension—and the day that rolled around—you won’t fuckin’ believe it—his hard drive, like, exploded! What was he supposed to do? He couldn’t fail this class, not again, so what he did was call the college’s main line. He told them he’d seen a bomb. He got the idea from some Denzel Washington movie: everybody evacuates, classes are canceled, and he gets one more week. That’s all he needs. Except on the phone? They asked why. Tim panicked, used the name of some visiting lecturer he’d seen in the school paper. Some Muslim guy. Everybody gets all worked up about the Muslims—not Tim, of course. Timdoesn’t, Tim is fine with the Muslims, he’s not like that.

On People.com, there’s an actress who had to sell one of her houses ‘cause she couldn’t afford three separate mortgages. Times are tough all over.

First, ice the bruise to reduce swelling. You can hold a bag of frozen vegetables over the eye; peas, beans, or carrots. Next, a yellow-green shade of eyeshadow. Green offsets the red; yellow hides the blue. Apply from the center out. Next, foundation the same tone as your skin. Finally; setting powder. Joanne practiced in the bathroom mirror. She’d been planning on leaving him, but yesterday she got a pink slip. So.

Lisa can’t concentrate in yoga class. She’ll be doing her breathing, her Pigeon, her Upward Facing Dog, and then her mind wanders to all the things she’s taking yoga not to think about. To help, her instructor gave her a mantra: netti netti netti. It means not that. When bad thoughts come, she thinks netti netti netti; not that, not that, please, not that.

What to do with the frustration? Where do we put it? Some go to therapy, some drink, some bitch about politics, yell at NFL refs, make art, pray, volunteer, enlist, plant a garden, have another baby, play video games, take seminars, sleep too much or not at all, eat too much or not at all, count to ten. Nine. Eight. Seven. Six. Five. Four. Three. Two. One.

Nick drives a CTA bus, and every time he sees somebody running from the other side of the street, waving their arms yelling wait wait wait! he hits the brakes and sits there til they arrive. Sometimes, people already on the bus get pissed. They have places to be, they’re running late, another bus’ll be here in a sec! But Nick just sits there. There are so many things in his life he can’t control; but this? Waiting for that guy or girl or kid or whoever running down the street?—that’s all him. That’s something he can do, one little thing in the middle of a shitstorm and goddammit, he’ll wait. He’ll wait all goddamn day.

This story originally appeared on Monkeybicycle.

Megan Stielstra is a writer, storyteller, and the Literary Director of Chicago’s 2nd Story storytelling series. She’s told stories for The Goodman, The Steppenwolf, The Museum of

Megan Stielstra is a writer, storyteller, and the Literary Director of Chicago’s 2nd Story storytelling series. She’s told stories for The Goodman, The Steppenwolf, The Museum of Contemporary Art, The Chicago Poetry Center, Story Week Festival of Writers, Wordstock Literary Festival, The Neo-Futurarium, and Chicago Public Radio, among others, and she’s a Literary Death Match champ. Her fiction and essays have appeared in Other Voices, Fresh Yarn, Pindeldyboz, Swink, Monkeybicycle, Cellstories, Perigee, Annalemma, Venus, and Punk Planet, among others, and her story collection, Everyone Remain Calm, was released in October 2011 from Joyland/ECW. She teaches creative writing at Columbia College and The University of Chicago.