Holy Shit, I Just Rented a Car from a Complete Stranger - Shareable
Skip to content 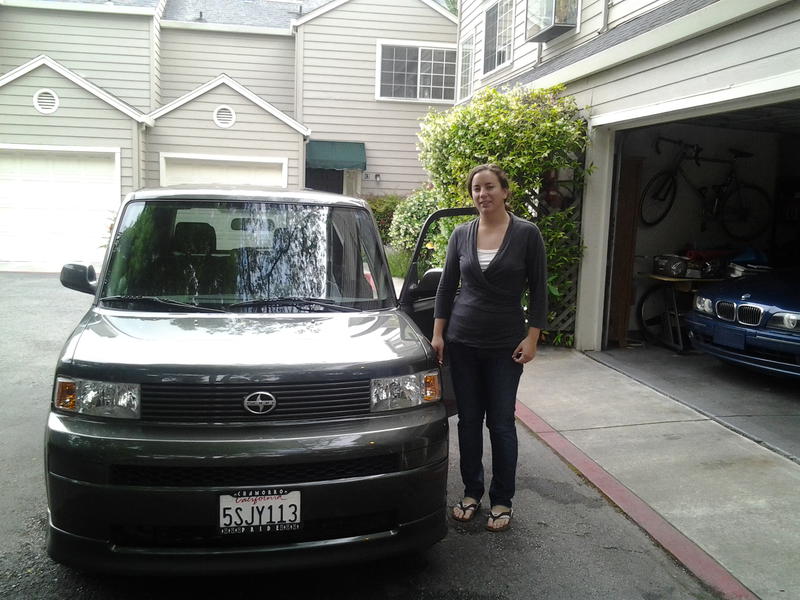 I was sitting in a late model Toyota Scion. I noticed how new everything looked. I took in the unfamiliar dashboard, and was mesmerized by all the instruments set in it like sparkling gems. Then I looked at the strange key ring in my hand, and said to myself, “holy shit, I just rented a car from a complete stranger.” Then I put the key in the ignition, started the car, and was on my way. 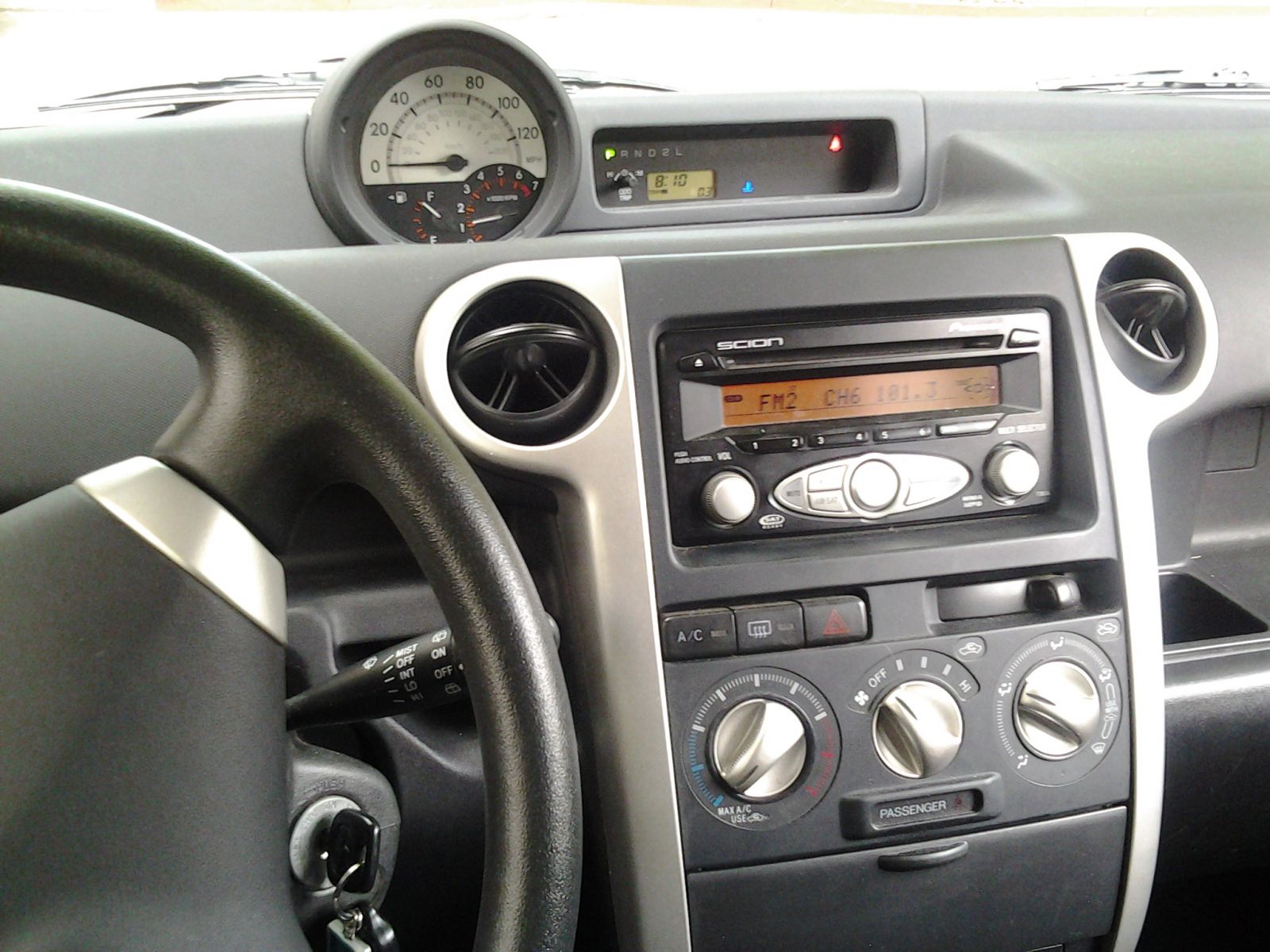 My first peer to peer (P2P) car share began when I needed to get to Monterey, California for the Sustainable Brands conference. I was moderating a panel on the sharing economy. I don’t own a car, but I needed one to get to Monterey from Mountain View where I live.

I had planned to rent a car from Enterprise, something I had done many times since going car-free nearly two years ago. I wasn’t looking forward to this. Besides the lines and paperwork, they try to hard sell me unnecessary insurance every time like clockwork. I hate it. The last time I rented, I stooped to a ridiculous ploy to avoid the hard sell. I stormed in the office pretending that I was in a tremendous hurry, late for an interview. They’re so reliably annoying with their insurance pitch that I was surprised it worked.

So when one of my panelists, Jessica Scorpio of P2P car sharing company Getaround, e-mailed me suggesting I use their service, I was primed. That said, I can’t believe I didn’t commit to the P2P option first. It shows that old habits die hard. But to be fair, I was worried I didn’t have time to arrange a P2P rental. I needed a tried and true solution.

My concerns evaporated when I placed my first Getaround order. I placed orders for three cars within biking distance. Yes, three. Getaround enables rentees to request up to five cars at once. This motivates renters to respond quickly to requests. The first to respond gets to fill the order. And it raises the odds that someone will respond. Apparently, this works because my order was filled in 15 minutes. Sarah accepted my order and I arranged to pick up Daffodillpickle, her 2006 Toyota Scion, at her house 7:30 the next morning.

I set off by bike at 7:00am to pick up Daffodillpickle. I couldn’t find Sara’s house at first, but eventually found it set back in a townhouse complex. I was a tad stressed from the search and the big day ahead. Plus, I didn’t know what to expect when I knocked on the door. There was an awkward moment when Sarah came to the door, but we began the exchange and quickly built a rapport.

She said she had just checked out Shareable, but she hadn’t seen any articles on aquaponics. I asked her why the interest in aquaponics. She said she had an aquaponic garden upstairs and asked me if I wanted to check it out later. She pulled the car out of the garage, and invited me to keep my bike there.

After I stowed my bike, Sara went over the car with me. Her Scion is simple, a big plus for a rental in my book. I asked her about her experience renting her car. She said she had done it three times with no problems. However, when she booked a car from another Getaround member while traveling, the member was nowhere to be found when she showed up. That put her in a jam, but the Getaround team quickly found and paid for a conventional rental. All ended well. I asked Sarah why she rented out her car. She said that even though she can’t go car-free because of work, she wanted to help others go car-free.

After a quick photo shoot to memorialize my first P2P rental, Sara led me up upstairs – through her bedroom – to see the aquaponics garden on her bedroom balcony. Yeah, she didn’t make much of the fact that she was leading a total stranger through her bedroom. I wasn’t expecting that myself, but we improvised. There’s no playbook like at Enterprise. We were just two individuals who decided to share a car. And we both shared a passion for sustainable innovation, so maybe that overrode boundaries.

In any case, her aquaponics garden was a thing of wonder. It was made of stuff you could get at Target. She explained how the system worked. And that she had done this for several years. Apparently, she had learned a lot. Her garden was thriving. And she had an amazing container garden to boot. On our way downstairs Sara gave me a strawberry she had grown upstairs. It was delicious. 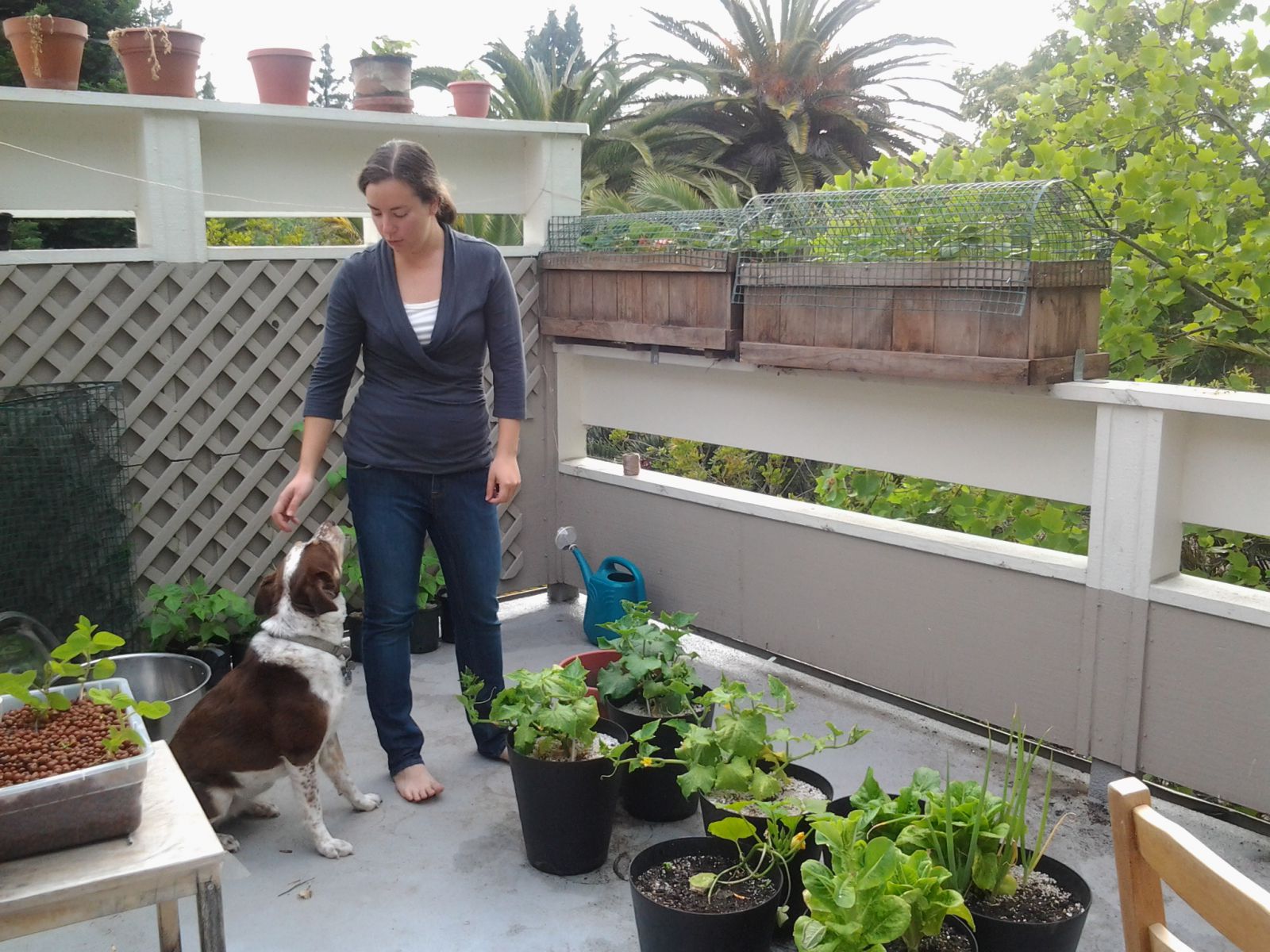 I couldn’t have made up a more interesting first experience renting a car from a neighbor. It's a huge understatement to say that it was a more human experience than a typical car rental. The exchange was improvised between two human beings. It was not a carefully crafted experience delivered by a suit following a script from corporate. It reminds me of the difference between corporate ad copy and good blog writing. It was real.

And I got much more than a car rental. I was inspired by Sara, got a lesson in aquaponics, and it all came with a strawberry on top.