This Week in Sharing: Farming the City - Shareable
Skip to content 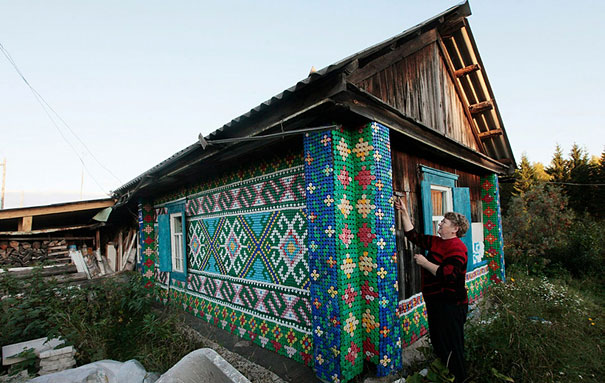 Summer may have given way to fall, but for those of us in sun-drenched regions such as Texas, fall is an invitation to finally start planting vegetables. This week in sharing, we have a bounty of urban farming news for the sustainability- and community-minded green thumbs among you.

Parsons is tapping into the DIY spirit of pop-up stores and tactical urbanists with its “Art, Environment, Action” exhibition, an ongoing art pop-up and creative laboratory that aims to unite designers, environmentalists, and artists. The exhibition also boasts sessions on urban sustainability projects, kicking off today with a workshop dedicated to urban chicken farming.

Shareable contributor Janelle Orsi and her nonprofit, the Sustainable Economy Law Center, have been keeping busy lately, what with the release of Orsi’s new book and the passage of a cottage food law in California that allows for small-scale at-home production of select food items. The Homemade Food Act takes effect in January, and will reduce barriers to producing and consuming food at a more sustainable, hyperlocal level.

IKEA Hacking is a common activity among the handy and cost-conscious, but what if you merged the hands-on industriousness of IKEA Hacking with urban farming? ELIOOO is a project to create an “open recipe book” that will explain how to build hydroponic urban farming structures out of off-the-shelf IKEA components. The Pop-Up City interviews Antonio Scarponi, the urban activist behind ELIOOO, which is currently seeking funding through an IndieGogo campaign. 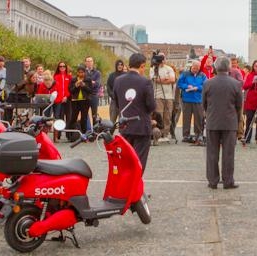 Carsharing services are great, but in congested cities, even a shared car can be burdensome. For many urbanites, electric scooter sharing might be a more appealing option. Yesterday at San Francisco City Hall, startup Scoot launched publicly, aiming to provide just such a service to the city’s denizens. The launch announcement culminated with a red scootercade down Market Street. And for those who want to traverse the city in an even greener, healthier, and more agile way? Bike-sharing service Spinlister, which also launched their nationwide service yesterday, may be an even better prospect. 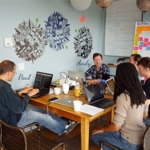 Inspired by a Viking ritual in which returned seafarers would copy and share their atlases with one another to improve their maps, the civic technologists at OpenPlans hosted their first Shareabouts Day last Thursday. Using the organization’s civic data crowdsourcing tool Shareabouts, representatives from five community mapping projects collaborated on their respective efforts, which included mapping proposed neighborhood improvements in Queens and charting public social spaces in Cambridge, MA.