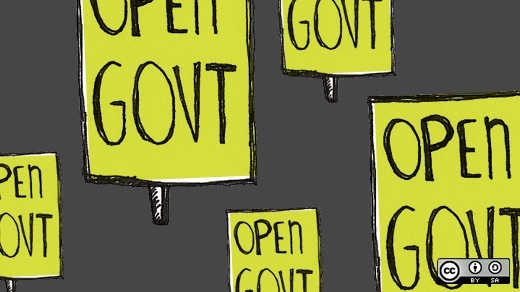 The Gov 2.0 movement continues to gain momentum around the world with a number of inspiring people, projects & ideas rising to prominence over the last year or so. Sometimes the most important innovations emerge from the periphery where creative citizens take a “do it first, ask for permission later” approach that can generate a wealth of benefits for the entire global community. So here’s my pick of the world’s best Gov 2.0 initiatives. What are your favourites?

SeeClickFix is a map-based citizen reporting platform that enables the public to report and track non-emergency related issues via web and mobile. Co-founder Ben Berkowitz developed the idea after getting frustrated with city hall’s lack of response to graffiti in his local neighbourhood. Governments can access a dashboard to acknowledge outstanding issues and close the loop with constituents. The service is similar to the UK site FixMyStreet built by open government pioneers MySociety. 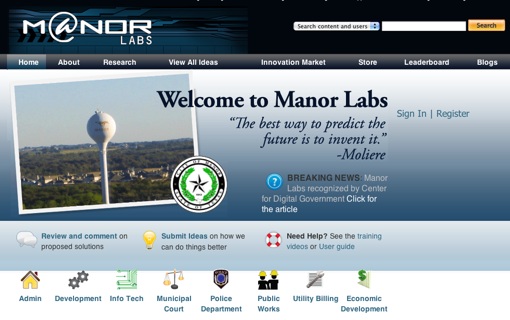 The City of Manor on the outskirts of Austin Texas with a population of only 6,500 has made a name for itself by embracing Gov 2.0 through its innovative use of online services. Manor Labs is the brainchild of CIO Dustin Haisler and has gained international recognition and won numerous awards for its ideas generation platform, pothole reporting system and use of QR codes. Manor in partnership with GovFresh ran a Gov 2.0 makeover for the City of De Leon and documented the steps to enable other local towns to emulate its efforts in municipal government innovation.

“How much does a city trust its citizens?” asks Chiara Camponeschi in the opening of her publication The Enabling City, an ideas packed toolkit for urban-based social innovation & sustainability. Chiara developed the work for her Master’s degree as a means to demonstrate the “potential of participatory governance and co-design in moving cities and communities towards a more sustainable future.” It’s packed full of creative thinking about active citizenship and I especially love the idea of seeding local communities with a “Social Innovation Mayor” to drive long-term structural change through open leadership.

Senator Kate Lundy (Australian Parliament) was named the winner of the International Top 10 People Changing the World of Internet and Politics at the 11th World eDemocracy Forum held in Paris, October 2010. Senator Lundy has been a strong advocate of Gov 2.0 for Australia and has actively used open government principles for her work in public office through an innovative series of Public Sphere consultations that used a unique

CrisisCommons came out of the CrisisCamp movement of volunteers who collaborate to develop open tools and aggregate crisis data to assist response organisations in civil incident management. Its efforts were recently recognised by a two year, $1.2 million dollar grant from the Alfred P. Sloan Foundation which will enable the organisation to continue its commons-based approach to crisis management. Random Hacks of Kindness is a spin-off project that mobilizes the global developer community to “hack for humanity” and develop code that responds to global challenges.

CityCamp was founded by Kevin Curry in 2010 as a Gov 2.0 unconference to catalyse innovation in local government. The success of the first camp in Chicago inspired a number of other cities to host their own events in London, San Francisco and St. Petersburg, Russia. CityCamp refers to itself as an “open source brand” that uses a repeatable pattern with step-by-step instructions protected under a Creative Commons license. The rapid spread of CityCamp’s model might come down to the founders #1 goal to: “create outcomes that participants will act upon after the event is over.”

Ushahidi (which means "testimony" in Swahili), was first developed to map reports of violence in Kenya after the post-election fallout at the beginning of 2008. The site has grown to become an important resource for citizen journalists in times of crisis like the Haiti earthquake. The Ushahidi platform provides tools for communities to crowdsource real-time information using SMS, email, Twitter and the web. Check out this Ushahidi-powered interactive map of the Queensland (Australia) floods and recovery effort put together by the ABC.

The diplomatic storm unleashed by Wikileaks in what’s come to be known as “cablegate” has stress-tested the US and its allies commitment to the principles of open government. Wikileaks has demonstrated that governments consider “openness” a virtue so long as it doesn’t embarrass them or reveal that realpolitik is still alive and well. Wikileaks has changed the Gov 2.0 game by exposing governments and world leaders to the powerful forces of radical transparency and giving citizens access to a body of evidence that can be used to scrutinise critical decisions made in our name.