The Truth About Global Sharing Day - Shareable
Skip to content 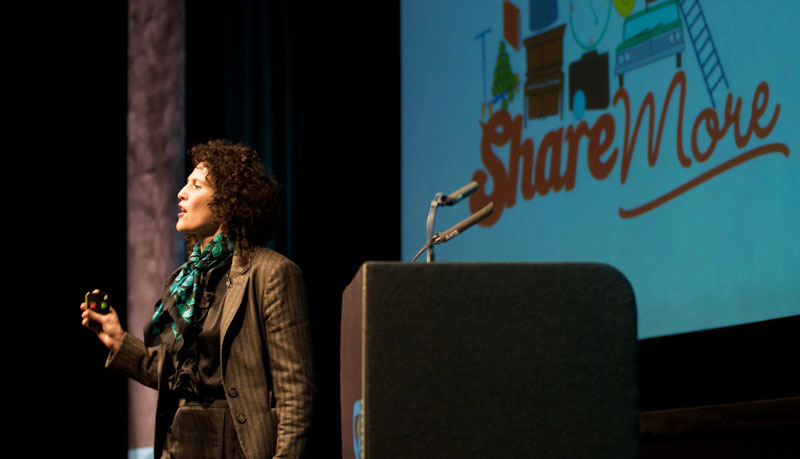 Benita Matofska, founder and chief sharer of The People Who Share, presents on Global Sharing Day.

It all started on a rainy day in Brighton, UK, back in May 2012. I heard that the social enterprise A Good Company was running an initiative called A Good Week, a seven day showcase of good people doing good things to make the world a better place. Inspired by their efforts, I decided it would be fun to run a day focusing on sharing—and National Sharing Day was born.

With just six weeks to go before the event, I spoke to a senior colleague in the civil society sector in the UK, and his response was clear: “Six weeks to plan a national campaign with no money and no support is bonkers, Benita, it’s impossible.”

I’ve never been one to take the word “no” for an answer and the word “impossible” just isn’t in my vocabulary. What’s the worst that could happen? That only a few people show up on National Sharing Day to share in their communities? That didn’t seem so bonkers to me. 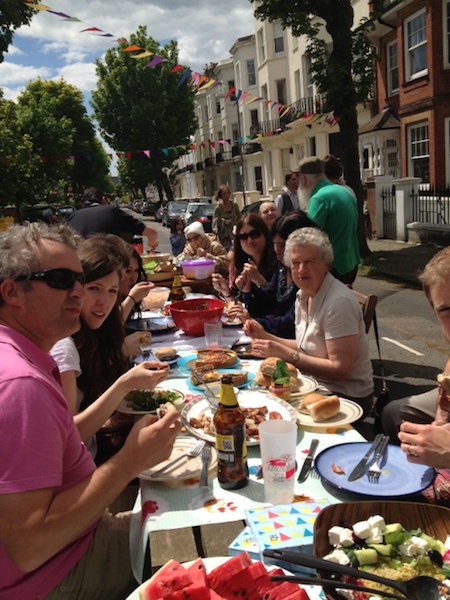 Within six week’s time, a small group of volunteers and I had engaged 45 partner organizations, and on June 20th, 2012 there were event across the country from clothing swaps in Newcastle to freecycling in Liverpool and a giant skillshare in London. More than a just a few people showed up—and they shared!

By noon the #nationalsharingday hashtag was trending globally on Twitter, and people from Ukraine to Korea were asking for a National Sharing Day in their countries. 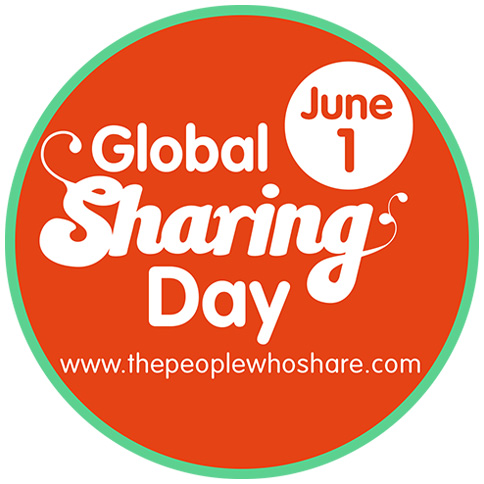 Using feedback we received from the 165 original Global Sharing Day partners, we decided to schedule all future Global Sharing Days on the first Sunday in June of each year, involve big partners such as the UK’s Big Lunch, and engage a network of over 70 million people in 192 countries.

But behind the big numbers and the success lies another story: The truth is that we haven’t had it easy as a volunteer-run organization with no funders. It requires a lot of hard work with little thanks. We don’t spend time filling in endless grant forms; instead we take action and find ways to get things done without cash. It means that a small group of dedicated volunteers spend countless days and nights working to make Global Sharing Day happen. I spent three years without a salary and my hunch is that people think we have a pot of cash supporting us because we’ve achieved so much in such a short period of time and we’re popular with the media. On one hand I wish that were true, but on the other I’m glad that through everything we’ve accomplished we’ve lived the values of the sharing economy we seek to make mainstream.

People have shared their time, talents, spaces, equipment, music, poetry, and food to make Global Sharing Day what it is.

Organizations like Konnektid.com and Peerby.com in the Netherlands, worked together to inspire 250 people to come together in Amsterdam on June 2nd 2013. They shared picnic blankets and food from Italian salads to lovely homemade carrot cakes and quiches.

“All the blankets were knitted together to make one big picnic blanket. People enjoyed yoga classes, storytelling workshops, and some even learned to play the guitar. The event demonstrated how sharing can make our lives more fun, social, and easy,” says organiser Michael Visser from Konnektid. 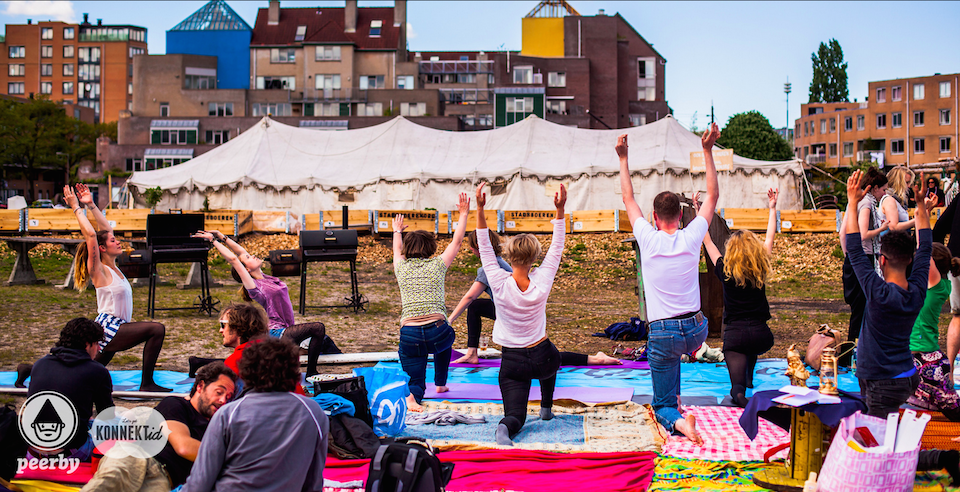 “Global Sharing Day also succeeded in being a focal point for sharing economy startups to rally together, get in touch with one another, and develop a group identity. Bravo! We really look forward the next opportunity to support the great work that The People Who Share are doing,” says Skilio.

Even though we received global media coverage from outlets such as BBC Worldwide TV News and CBC Radio, we weren’t content. So last year we launched Sharing TV, the world’s first crowdsourced TV channel to highlight the sharing economy—again with zero budget. Organizations from ten different countries streamed live from their events on the big day itself.

Global Sharing Day has been a huge success because people all around the world make it a success. What partners have said about the day makes all the sleepless and penniless days and nights worthwhile:

“Sharing enables us to experience and access much more. It can help save money, space and resources, but best of all, it's a great way to get to know your neighbours and help them out. Global Sharing Day was a fantastic opportunity to shine a spotlight on sharing and encourage more people to discover the benefits and get involved,” says Streetlife.com.

“Global Sharing Day is a great platform for showcasing the values and benefits of sharing. It provides an easier way to measure outcomes on a major scale. Strength in numbers always works, especially in our world, which is dominated by large numerical figures in forms of currency…lets equal the balance by human solidarity in the form of positive actions!” says Exploring Senses CIC. 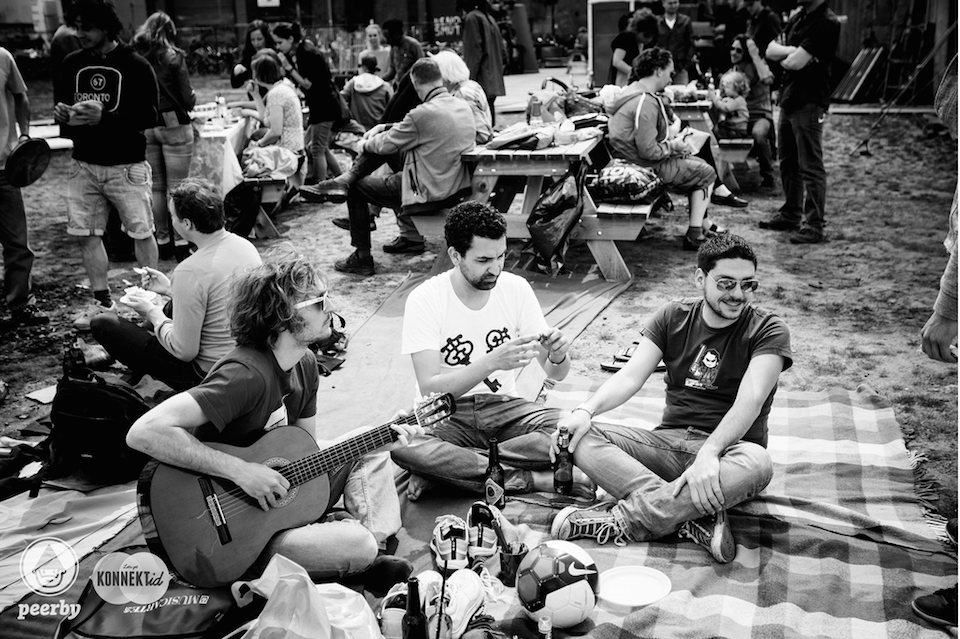 My favorite Global Sharing Day story, however, comes from Liftshare. On Global Sharing Day 2012, a woman contacted Liftshare to thank them for really helping her disabled son. Their 19-year-old had to travel to an outreach college and a “lovely lady” shared an 80-mile round-trip ride with him. That’s what I call the power of sharing.

Global Sharing Day will take place on Sunday, June 1st this year as the grand finale to #SharingSpring. It’s an opportunity to celebrate this vibrant new economy and for you and your community to join a global movement that now reaches over 70 million in 192 countries!

Here’s how you can get involved in Global Sharing Day 2014:

We’re looking for Country Partners and Sharing Champions to spread the word and help make 2014 the biggest Global Sharing Day yet.

For the sharing economy to go from niche to mainstream, it’ll take a shared effort (no surprise there). Global Sharing Day is a chance to come together to achieve something incredible.

Come, join the movement, and promote the sharing economy wherever you are in the world!

Benita Matofska is Founder and Chief Sharer of The People Who Share, a global campaign to build a Sharing Economy and the pioneers behind Global

Benita Matofska is Founder and Chief Sharer of The People Who Share, a global campaign to build a Sharing Economy and the pioneers behind Global Sharing Day. She’s also Founder of Compare and Share the world’s first comparison marketplace of the Sharing Economy. Dedicated to social innovation and the power of ideas, she is the winner of the Ogunte Women’s Social Leadership Awards for Best Social Business Leader UK & World 2013, Winner of the Natwest Venus Business Awards in the category of Inspirational Woman 2013, an RSA Fellow, an Innovator in the Finance Innovation Lab, an Innovator in WWF’s food sustainability initiative, Tasting the Future and pioneer of future conscious business models via her work with UnLtd Future. Her 25-year career spans broadcasting, communications, business development, community development and charity campaigns. She successfully launched two media companies, lived in New York for 8 years, devised and produced TV campaigns and award-winning factual series and documentaries for broadcasters including the BBC, Discovery and Channel 4 and as Head of Global Entrepreneurship at Enterprise UK built and led youth facing global entrepreneurship campaign, Global Entrepreneurship Week (GEW), now in 125 countries. A recipient of the Nesta Innovation In Giving Fund, she is a seasoned public speaker and has shared a platform with Desmond Tutu at the One Young World Congress, been invited to Number 10 Downing Street to celebrate her work on building a sustainable Sharing Economy and delivered presentations at TEDx, the Guardian Social Enterprise Summit, Sustainable Brands, the RCA, the Global Entrepreneurship Congress in Dubai, at Somerset House as part of the Big Society Network’s Nexters programme of leading UK social entrepreneurs, at Nesta where she launched the Global Sharing Economy Network and at the House of Commons where she launched a global food sharing initiative for businesses and communities. She has been featured in the media worldwide including BBC Worldwide TV News, BBC Radio 4 Today Programme, Guardian Sustainable Business, Metro, CBC in Canada, El Mundo in Spain, RTP in Portugal, Korean Times and numerous online blogs and publications.

Things I share: I like to share food (and recipes), clothes (I LOVE clothes swapping), house swapping (a great family passion), music, ideas, and family adventures...