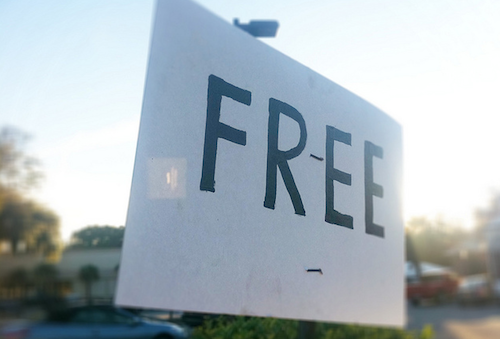 Freecycling is, very simply, the exchange of goods for free. As a concept, it’s as old as humans, but as an online platform, it dates back to 2003, when Freecycle, driven by Yahoo groups, was launched. Now a global platform for freecycling via local freecycling communities, Freecycle is straightforward, useful and familiar.

But in a digital climate where newer, faster and better is a mantra, being 10 years old and familiar can be a liability. The next generation of freecyclers are here and they are sleek, social and well-branded.

Facebook has made freecycling easier than ever and emerging Freecycle-like platforms that offer reputation systems, social media integration, mobile apps, points and rewards are taking a run at the freecycling game. Add to the equation the fact that Freecycle’s founder, Deron Beal, has a reputation for being an autocrat, and the future of freecycling becomes less clear.

It appears that Beal aims to take, not freecycling, but his freecycling, around the world; and he’s done a good job so far. Kind of. Freecycle has groups in over 85 countries and boasts well over 9 million members worldwide.

So, what’s the problem? Reducing consumption, reusing materials and keeping goods out of the landfill is good, right? The rub is that Beal is leaving a trail of drama, disillusioned group moderators, splintered communities, nervous freecyclers and even a few rounds of freecycling litigation in his wake.

Beal wants to own the concept of freecycling and the words freecycle, freecycling, freecycler, etc. He doesn’t want anyone to use them outside the context of his organization. He declined to be interviewed for this article, but in an email which, according to some legalese at the bottom, I'm not allowed to quote, it may or may not have been requested that I not use the words freecycling, freecycler etc. and use, posting to a Freecycle group, or Freecycle member instead. Beal wants to ensure that if the word freecycle is used, it's used in relation to his enterprise.

This has been an ongoing battle for Beal. Originally, the word freecycle was used widely and freely amoung freecycle groups, but in 2005 Beal claimed a trademark on the word and used the incorrect claim to bully or delete thousands of groups.

A Freecycle group in Sunnyvale, Calif., led by moderator Tim Oey, filed a lawsuit against The Freecycle Network, Beal’s nonprofit, arguing that using the word freecycle generically is not trademark infringement. The ruling came down in favor of FreecycleSunnyvale. In 2007 and again in 2010, a 9th circuit court of appeals upheld the ruling. Beal has, however, been able to trademark the word freecycle in Canada, the EU, Australia and New Zealand.

“I think Beal got it wrong when he started up,” says Eric Snyder, founder of the Canadian freecycling network FullCircles and formerly one of Beal’s “right-hand men” who helped establish Freecycle in Canada. “He tried to own freecycling. He tried to control it, and scrape everything into Freecycle,” he continues. “He basically tried to rule with an iron fist and lots of people left early on.” 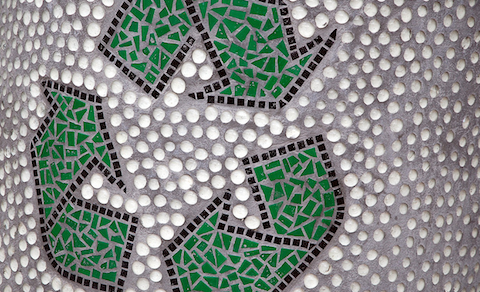 While Freecycle’s membership numbers are impressive, Snyder says that they are a tenth of what was expected. “We were predicting that it would be 100 million people,” he says, “but it’s not, it’s 10 million. That’s not bad, it’s good. But it could have been a lot bigger.”

Snyder attributes the lower than expected numbers to Beal’s governance style saying that he created a lot of distrust and scared people with a lot of rules. “People were scared to participate because they didn’t want to break a rule,” he says. “But you’re giving something away. Why do you need rules to give something away?”

Some of the people who worked with Beal in the early years of Freecycle and helped to establish it internationally left to create alternatives rather than go down the road that Beal was laying. In 2007, an estimated 100 Canadian groups left Freecycle. A number of them became Full Circles groups and some became the ReUseIt Network. Freegle, a UK-wide umbrella organization of reuse communities was formed by disillusioned Freecycle members. The Freegle website explains:

“Many Freegle groups were previously affiliated to Freecycle. Unfortunately, the grass roots ethos was gradually eroding and this created an untenable situation for hundreds of volunteers in the UK. After lengthy and patient negotiations with the founder failed, Freegle was formed.”

In an attempt to gain more control of Freecycle, Beal created MyFreecycle to make interacting with Freecycle easier. The site essentially mimics the Yahoo groups-based platform, but contains some additional features including ads that generate revenue for Beal. The subsequent migration of Freecycle groups to this new platform was, at times, against the will of the group moderators.

Although Freecycle relies on a team of thousands of volunteers, Beal works to retain control of any money generated for or with it. When Snyder applied for, and received, funding to enhance the Ottawa Freecycle group, Beal felt that the money should go to him. Snyder saw otherwise, feeling that money raised for local groups should remain with local groups.

The usefulness of Freecycle can’t be denied. It’s been at the center of freecycling for a decade. But things are changing. Emerging platforms including yerdle and FreecyclePlus, a new platform that’s testing in several areas, have distinct personalities, target demographics, and they’re tapping into the social aspects of freecycling.

A platform for giving and getting goods from your friends, yerdle facilitates exchanges between facebook friends and friends of friends. This model is appealing to those who would rather give and receive goods with people they know. Visual, mobile and hip, it’s being touted as one of the next big platforms of the sharing economy.

FreecyclePlus founder and “CFreeO” David Rogelberg designed FreecyclePlus based on what wasn’t working at Freecycle. He sifted through 10,000 posts from Freecycle breakaway group FreecycleNext members to find out what issues people had. The most popular ones included not having “wants” fulfilled; not being able to communicate directly with other freecyclers; no personal accountability for no-shows; and a dislike of the first-come, first-serve approach which rewards those who can spend all day sitting at the computer.

FreecyclePlus addresses these issues by having a points and bidding system (points are earned by offering items), a 24 hour timer, and a design that encourages communication among participants.

These new platforms are positioned to bring freecycling to new communities and demographics. Whether they’ll displace Freecyle is uncertain. While some young companies are gaining momentum, other similar ventures, including Neighborgoods, ShareSomeSugar, Rentalic and Neighborrow, have failed to get much traction. Meanwhile, Freecycle is still going strong.

“We love Freecycle,” he says. “There are certain items that you just want to get rid of as quickly as possible, and those work great on Freecycle. The yerdle experience is kind of like shopping,” he continues, “only everything is free and it's all from your friends.”

So what does the future hold for freecycling? It appears that it will be decentralized with a variety of services and engagement levels. This is mesh-like model; perfect for a movement where the exchange of idle goods is an important entry point.

“Freecycling is alive and well and growing,” says Snyder. “The thing that’s driving it is that our societies are filled up with too much stuff. You can go down any street and see garage doors that can’t be shut because there’s too much junk in it. The car’s in the driveway and the garage is full of junk,” he continues. “It’s just getting people used to the idea of releasing the stuff they’re not using.”