The #SharingSpring is About to Bloom - Shareable
Skip to content 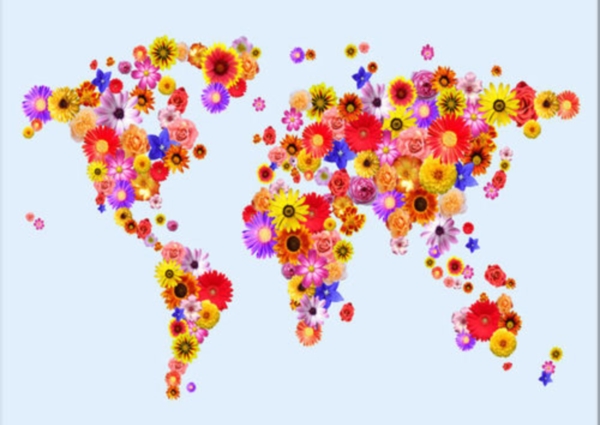 Something amazing is about to happen in the sharing movement.

First, some context. Last fall, we helped organize 60 map jams with local sharing groups from around the world. These inspiring local teams mapped the sharing solutions in their communities. We thought that the next logical step for growing local sharing movements would be to bring together the leaders behind each solution mapped.

Shortly after the success of the global #mapjam, we began asking Sharing Cities Network members if they wanted to host ShareFests in the spring to unify local sharing groups and launch their local sharing movement. The response was incredibly positive. Today, 20 Sharing Cities Network teams in 20 cities have committed to host ShareFests with another 20 in the wings (sign up here).

In addition, our partners are also hosting big sharing events. OuiShare, People Who Share, Peers, Center for New American Dream, New Economy Coalition, and more all have big events planned for the spring.

And, without any prompting from anyone, we learned that scores of groups from all over including Austin, Eugene, Asheville, Denver, Boston, Baltimore, Sao Paulo, Buenos Aires, Bristol, UK plus more were already organizing major sharing events. As two examples, Seoul city government is hosting a global grand opening of their Metropolitan International Training Institute under the theme of Sharing Cities: Solutions for Better Cities. And we learned that a team in Christ Church, New Zealand is working to rebuild the city as a model sharing city after an earthquake nearly wiped it out.

Through our work, we realized that there are probably many more sharing events planned than we can identify. And that a set of actions much bigger than any one group can organize is emerging autonomously from the grassroots.

We’ve started to call all this action the #SharingSpring.

The name is inspired by movements like the Arab Spring, Occupy, and M15 that called attention to rising inequality, mobilized millions of people, and were open to everyone.

These movements raised the unspeakable to widely accepted truth – that the economic system we’ve inherited is a hopeless failure, causes untold suffering, and must change radically. While the bloom of these movements faded fast, they launched thousands of initiatives that continue today like Occupy Sandy, The Rolling Jubilee, the Public Banking campaign, and the Occupy Card. These are powered by some of the hardest working change makers around.

Yet, for millions of ordinary people, these movements only left questions. And big, gaping ones. If inequality is at the root of our biggest problems, what are the solutions? If governments are corrupt, how do we to get change when the normal paths are blocked? If these problems are long-term systemic ones, what can I do to thrive today?

What’s emerging in the #SharingSpring are answers to these questions. #SharingSpring events will showcase solutions that are life and community changing, that can be used immediately, and that don’t rely on government to work. While creating a new economy requires political change, that takes time. People need solutions now. As Shareable shows daily, there are plenty of accessible economic solutions available today. Yet, there’s still little awareness of the options people have to take hold of their economic destinies right now.

It’s time to raise awareness of solutions to the same level of awareness as problems. It’s time to fully explore these solutions together as a people, as a mass movement. That’s what the #SharingSpring is all about.

Thousands of people are already taking action. Will you join them?

Join the the #SharingSpring in your own way, in a way that you think will best serve you and your community. The #SharingSpring doesn’t belog to anyone. It belongs to everyone. Shareable and friends are just putting a name on what we already see happening in order to catalyze even more independent action.

While we encourage independent action, here are some ways to join what’s already happening during the #SharingSpring:

Together we can make the #SharingSpring bloom in glorious color for all the world to see.