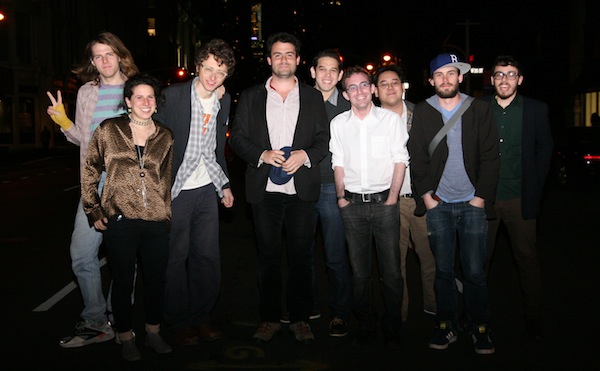 We at Shareable.net harbor the belief that the growth of the Internet and mobile technology has made sharing more practical–and that this trend has the potential to minimize consumption, by redefining wealth as access to stuff instead of the accumulation of stuff. We're working on testing this hypothesis, by launching a series of studies with the research consultancy Latitude.

In the meantime, we're also watching the stunning growth of sharing industries, mostly networks connected by mobile tech. Just in the past week, we've heard about two new efforts.

Closest Closet helps "you connect locally to borrow, lend, recycle, and skillshare for free." Like many other online sharing projects, Closest Closet was started by an ordinary person who just saw a local need:

Joanna Basinger recently sent out a Facebook update welcoming the 400th fan to the Facebook page for ClosestCloset.com, a membership website she created in November of 2009 to facilitate sharing, giving and community relationships in her Portland (Maine) area neighborhood.

Closest Closet is a free membership website where the only “fee” required is a list of ten items or services that you have available either to lend or share. Anyone can join (not just Portland residents), and unlike other online communities that only exchange hours, there is almost no limit to the types of items Closest Closet members can list. Items include books, small household appliances and cookware, craft items, children’s clothes and toys, ridesharing and carpooling—even services like help with filling out FAFSA forms and disability paperwork.

We also just heard from journalist Alex Pasternack, who working with a bunch of former Harvard classmates to launch Weeels, "a livery cab ordering and sharing app that aims to create a more efficient, affordable and friendly mode of transportation, a compromise between the private car and the public bus that maximizes people's person miles per gallon." He continues:

Because it's aimed at places and times where and when cabs can be hard to find, or in places where public transit is lacking, it works directly with city livery cab services to deliver taxis on demand, and at premium, pre-negotiated rates that are displayed on your phone before you get in the cab… It starts in NYC and on the iPhone, but we're expanding to other platforms and, hopefully, other cities.

They produced this "silly little infomercial" (as Alex describes it), which makes up in self-mocking joie de vivre what it lacks in polish: