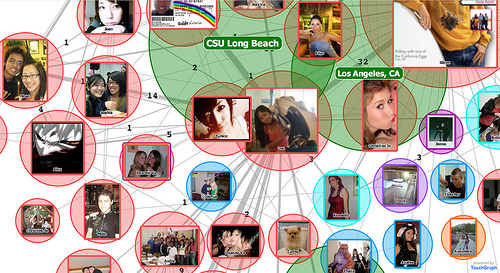 The moment the “net neutrality” debate began was the moment the net neutrality debate was lost. For once the fate of a network –  its fairness, its rule set, its capacity for social or economic reformation – is in the hands of policymakers and the corporations funding them – that network loses its power to effect change. The mere fact that lawmakers and lobbyists now control the future of the net should be enough to turn us elsewhere.

Of course the Internet was never truly free, bottom-up, decentralized, or chaotic. Yes, it may have been designed with many nodes and redundancies for it to withstand a nuclear attack, but it has always been absolutely controlled by central authorities. From its Domain Name Servers to its IP addresses, the Internet depends on highly centralized mechanisms to send our packets from one place to another.

The ease with which a Senator can make a phone call to have a website such as Wikileaks yanked from the net mirrors the ease with which an entire top-level domain, like say .ir, can be excised. And no, even if some smart people jot down the numeric ip addresses of the websites they want to see before the names are yanked, offending addresses can still be blocked by any number of cooperating government and corporate trunks, relays, and ISPs. That’s why ministers in China finally concluded (in cables released by Wikileaks, no less) that the Internet was “no threat.”

I’m not trying to be a downer here, or knock the possibilities for networking. I just want to smash the fiction that the Internet is some sort of uncontrollable, decentralized free-for-all, so that we can get on with the business of creating something else that is.

That’s right. I propose we abandon the Internet, or at least accept the fact that it has been surrendered to corporate control like pretty much everything else in Western society. It was bound to happen, and its flawed, centralized architecture made it ripe for conquest.

Just as the fledgling peer-to-peer economy of the Late Middle Ages was quashed by a repressive monarchy that still had the power to print money and write laws, the fledgling Internet of the 21st century is being quashed by a similarly corporatist government that has its hands on the switches through which we mean to transact and communicate. It will never truly level the playing fields of commerce, politics, and culture. And if it looks like that does stand a chance of happening, the Internet will be adjusted to prevent it.

The fiberoptic cables running through the streets of San Francisco and New York are not a commons, they are corporate-owned. The ISPs through which we connect are no longer public universities but private media companies who not only sell us access but sell us content, block the ports through which we share, and limit the applications through which we create. They are not turning the free, public net into a shopping mall. It already *is* a shopping mall. Your revolutionary YouTube video has a Google advertisement running across the bottom. Yes, that’s the price of “free” when you’re operating on someone else’s network.

But unlike our medieval forebears, we don’t have to defend our digital commons from corporate encroachment. Fighting and losing that un-winnable battle will only reinforce our sense of helplessness, anyway. Instead of pretending that the Internet was ever destined to be our social and intellectual commons, we can much more easily conspire together to build a real networked commons, intentionally. And with this priority embedded into its very architecture and functioning.

It is not rocket science. And I know there’s more than a few dozen people reading this right now who could make it happen.

Back in 1984, long before the Internet even existed, many of us who wanted to network with our computers used something called FidoNet. It was a super simple way of having a network – albeit an asynchronous one.

One kid (I assume they were all kids like me, but I’m sure there were real adults doing this, too) would let his computer be used as a “server.” This just meant his parents let him have his own phone line for the modem. The rest of us would call in from our computers (one at a time, of course) upload the stuff we wanted to share and download any email that had arrived for us. Once or twice a night, the server would call some other servers in the network and see if any email had arrived for anyone with an account on his machine. Super simple.

Now FidoNet employed a genuinely distributed architecture. (And if you smart hackers can say why that’s wrong, and how FidoNet could have been more distributed, please continue that line of thought! You are already on your way to developing the next network.) 25 years of networking later, lessons learned, and battles fought; can you imagine how much better we could do?

So let’s get on it. Shall we use telephony, ham radio, or some other part of the spectrum? Do we organize overlapping meshes of WiMax? Do we ask George Soros for some money? MacArthur Foundation? Do we even need or want them or money at all? How might the funding of our network by a central bank issued currency, or a private foundation, or a public university, bias the very architecture we are trying to build? Who gets the ability to govern or limit what may spread over our network, if anyone? Should there be ways for us to transact?

To make the sorts of choices that might actually yield our next and truly decentralized network, we must take a good look at the highly centralized real world in which we live – as well as how it got that way. Only by understanding its principles, reckoning with the forces at play, and accepting the battles we have already lost, might we begin to forge ahead to create new forms that exist beyond any authority’s ability to grant them protection.

UPDATE: response to this article has been so great that Douglas Rushkoff is convening Contact, an open space event to catalyze projects that support decentralized peer-based communication, commerce, and culture. Read more about Contact in his follow up post, “The Evolution Will Be Socialized” and follow related Twitter conversation with the #nextnet hashtag.