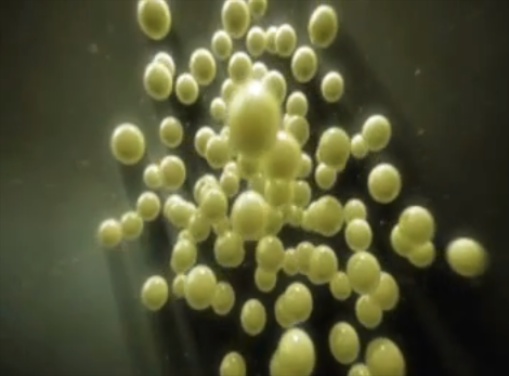 With a handful of cell phone companies operating as a monopoly of the few, and the future of net neutrality on cell networks becoming increasingly uncertain, mobile networks have become one of the web’s most centralized and embattled access points. This week at the Consumer Electronics Show, Peep Wireless announced a mesh network technology that could serve as an alternative to the existing networks. Instead of relying solely on current cell infrastructure, each mobile device using Peep’s technology would extend the reach of the network to others, sharing access with other mobile devices using peer-to-peer technology. At Cnet News, Rafe Needleman explains:

The mesh concept, which is not new, is that instead of phone voice or data moving as it does now, from low-powered mobile devices to high-powered, fixed towers, phones (and possibly other radio-equipped devices) would act as a miniature cell towers and repeaters on their own, handling data transmission for nearby devices. So if you're calling someone across the street, chances are you might be able to connect to their device directly, or maybe in just one or two "hops," using other people's devices as the towers and repeaters of your ad-hoc network. Without cell towers, of course, there's no need for cellular carriers, no expensive private infrastructure to support, and no need for big recurring bills. A peer-to-peer mesh network is, in some cases, more robust than the traditional cellular infrastructure. It's certainly faster and cheaper to build.

The concept is similar to existing mesh wi-fi networks that provide free Internet access to a handful of neighborhoods, including my own in Austin, Texas. These networks extend the reach of a few Internet connections and are an excellent way to share online access with low-income members of a community. As the web increasingly goes mobile, a similarly conceived cell network could address impending access inequities and support those who currently rely on prepaid cell phones as their primary access points. But Needleman poses some serious questions about the feasibility of extending this model to mobile devices. Would each cell phone operating as a transmitter severely decrease battery life? Would the network lose reliability as it grew in size and complexity?

In addition, the reach of a mesh network depends on the level of adoption. In areas with a low density of users, or for long-distance calls, the phones would still have to route connections through the current cell network or through an Internet VOIP connection. Which points to another fundamental issue that afflicts these networks: you’re still ultimately connecting to the compromised and corporate-controlled Internet, a system held under the thumb of big telcos. As currently conceived, mesh networks are far from the sort of truly decentralized Internet that Douglas Rushkoff proposes.

Which is not to say they lack value. Peep Wireless is proposing a peer-to-peer alternative to the hegemony of cell providers that could provide cheaper mobile connectivity to low-income populations. And as Rushkoff notes in his piece, mesh technology could certainly be deployed to enable access to an alternative Internet. Building the infrastructure for a less-centralized Internet may fall outside of the current charters of Peep Wireless and neighborhood mesh networks, but the possibilities are intriguing.