The Maker Movement is Upon Us - Shareable
Skip to content 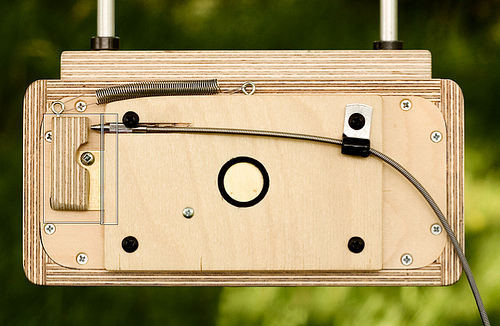 The "maker" movement, a scrappy international subculture of independent tinkerers, inventers, hackers and hobbyists, edged a bit closer to the mainstream earlier this month with the formal grand opening of TechShop Detroit, a fabrication workshop and design incubator developed in partnership with Ford Global Technologies, a division of the Ford Motor Company.

TechShop launched its first workshop in Menlo Park in 2006 as a way to provide shared access to high-end industrial machines, tools and software for a wide range of independent manufacturing projects. The company uses a membership model not unlike a typical health club, but instead of pumping iron or running on treadmills, TechShop members use welders, milling machines, 3D scanners and printers, laser cutters, injection molders and other professional manufacturing tools to make stuff.

The cool thing about Ford's role in launching TechShop Detroit – the newest of five TechShop locations currently in operation – is that the big automaker is encouraging its own employees to make use of the facility for after-hours projects or to design new features for Ford vehicles. All Ford employees and retirees qualify for a 50 percent discount on TechShop Detroit membership, and free three-month memberships are handed out to employees who submit inventions that are deemed "worthy of patent consideration."

Here's how Ford Global Technologies CEO Bill Coughlin summed up his company's interest in the project for an article published by Creative Impact Michigan: "Our partnership with TechShop will connect Ford to the community of local innovators, and spark imagination that could be the solution to problems that we couldn’t solve before, or develop all new ideas that are answers to questions we weren’t even asking. In the future open innovation will play an incredibly important role in the progression of our company."

[image_1_big]This marriage of an iconic 20th-century industrial giant and a decidedly 21st-century approach to product design and incubation is one way that established brands can tap into the extraordinary creative potential of the Share Economy – and Ford isn't the only big manufacturer to venture down that path. TechShop is also working with General Electric on a project called GE Garages, initially a series of mobile pop-up industrial workshops that will lead to the launch of permanent GE Garages by the end of this year. Other GE Garages partners include Skillshare, an online learning platform; Quirky, which brings new product ideas to market; Inventables, which supplies materials and hardware for DIY manufacturing; and MAKE, publishers of MAKE Magazine and organizers of Maker Faire events around the world that celebrate and support the maker movement.

What are you planning to make today?

Maker Faire Bay Area 2012 takes place this weekend, May 19 and 20, at the San Mateo Event Center in San Mateo. Other upcoming Maker Faires are scheduled for June 2-3 in Seoul, June 16 at the North Carolina State Fairgrounds in Raleigh, June 23-24 in Kansas City, July 28-29 in Detroit, and the World Maker Faire Sept. 29-30 in New York. For the complete Maker Faire schedule, including Mini Maker Faires in other cities, go to www.makerfaire.com.