The iPhone is the New Prius - Shareable
Skip to content

Two years ago, my California driver’s license expired. Living in Chicago at the time, where the smart resident uses bikes or public transit to avoid traffic, I hadn’t found a compelling reason to get behind the wheel of our car in months. With plenty of other pressing tasks on my to-do list, renewing or replacing an expired out-of-state license quickly plummeted to the bottom of my priorities. Two years later, the license is still expired, and I’m happier, healthier and richer for it. There’s something liberating about not having to deal with the stress and the hassle associated with driving–check-up and repairs, yearly registration, insurance bills, parking tickets–thousands of dollars a year thrown away to maintain a convenience that felt more like a burden. As gas prices creep towards $5 a gallon, I can’t help wonder how many of the folks who are considering switching to a hybrid to save cash and the environment are doing so more out of inertia than need.

The AAA states that the average yearly cost of maintaining a car is $8,500, a lot of money for a possession that, on average, sits idle for 23 hours of the day. For many members of Gen-Y, that sort of cost is untenable, with 15.2% of 20-24 year olds unemployed and many more desperately trying to pay back student loan debt while working low-wage service jobs. So it’s not surprising that the younger generation are doing as I did and abandoning the car in favor of an agile, mobile, smartphone-enabled life. In an article for the New Statesman, Andrew Pendleton examines the phenomenon of “peak car” in England, citing a report that showed that between 1992 and 2007, the proportion of 21-29 year olds with drivers licenses dropped from 75% to 66%. Pendelton writes, “young people aren't simply swapping cars for buses or bikes; they are choosing not to own and use other technology instead, such as smartphones and tablet computers.” A survey of smartphone usage habits by college students in Colorado indicates similar trends stateside. Expect this trend to spread to those of us in our thirties and forties as solutions like ZipCar make it easier to maintain a household without owning a car.

For the price of a regular checkup and a couple months of insurance, you can get a smartphone, a transit card and a decent bike and ditch the headaches and the endless money drain that come with even a hybrid. Granted, I’ve always been more of a geek than a gearhead, but a pocket computer complements the carless lifestyle splendidly, and makes the switch easier than ever. One of the greatest barriers to going carless has traditionally been the additional planning required, but with a smartphone at the ready, the information required to navigate your route is always available. 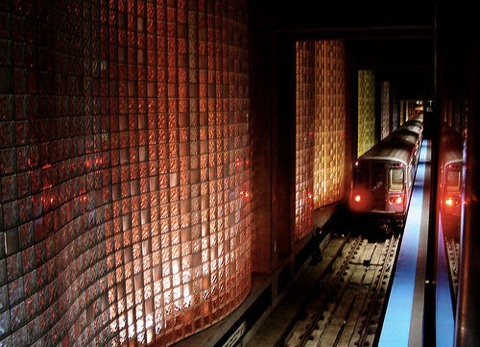 There are other, less tangible benefits to trading the car for a smartphone. Driving is so often a solitary endeavor, as we seal ourselves into a box and ignore the local color and landmarks of our communities as we zoom down the highway. While living in Chicago, I commuted two hours a day to get to the office. Sitting in traffic on the 94 was a soul-sucking experience. It was quicker to take the train, and despite the occasional malodorous seat-mate, a lot more enjoyable. After all, on a long commute, listening to podcasts while playing Angry Birds on the train is a much better diversion than listening to morning shock-jock radio while idling in endless morning traffic.

On a bike or public transit, every trip is an adventure, allowing you to take in your surroundings and get a better sense for your community. Smartphones compliment this communal sense as connective devices, bringing multiple channels of conversation via email, IM chats, social media and calls. On a bike or public transit, a smartphone is a serendipity engine. A last-minute meeting or happy hour meetup may be an impossibility in cross-town traffic; jump on a bike and you’re an agile, digitally-connected urban nomad. (Just be sure to get out of the bike lane and stop when you want to check notifications!)

After all, the smartphone is communication device, rush-hour entertainment provider, and navigator. Google Maps replaces a GPS when traveling by bike, train or bus. City-specific public transit apps like the Chicago bus tracker CTA Tracker (iTunes link) take the waiting out of the morning commute–no more standing in the snow waiting for a bus. And for the times you really need a large motorized vehicle–big grocery runs, moving furniture–services like Zipcar or U-Haul are often easier and cheaper than paying for regular upkeep on a car you rarely drive.

Granted, not everyone can ditch the car. A big family isn’t going to fit into a ZipCar. In parts of the country that aren’t bike-able and lack decent public transit, a car may be a necessity. But for many drivers, it’s not actually a necessity–it’s a money-sucking burden in the guise of convenience. Thanks to technology, the carless lifestyle is easier than ever. And as we increasingly switch from an ownership to an access economy by choice and necessity, it’s the smarter, healthier and more economical choice in the long run.

If you're ready to trade in the car for a smartphone and smarter transit, take a look at Shareable's guide to mobile apps for the car-free life.