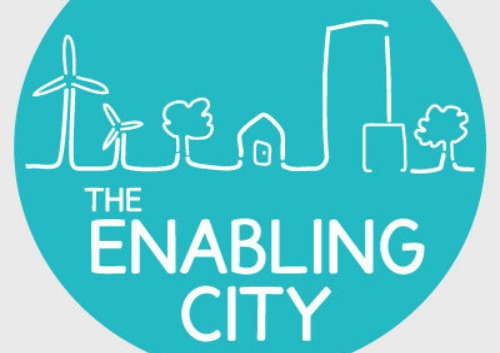 Crowdfunding allows people to tackle problems and endorse solutions that aren’t necessarily getting attention from markets or governments.

But what about problems that can't be addressed by a new gadget or ad campaign?

According to Chiara Camponeschi, author of The Enabling City, principles of crowdfunding  can be applied to human capital as well as traditional funding to catalyze the progressive policies and infrastructure that make cities more inclusive and sustainable.

"Crowdfunding is a process of community engagement," remarked Camponeschi during a panel discussion at SxSW Eco earlier this month. "It’s about money yes, but it’s about more. It’s a statement of democracy for funding and getting capital where it’s needed in the community."

But using community support to share knowledge and create positive change is easier said than done.

How do you corral raw energy into practical actions? How does one set the framework for a collaborative process through which citizens can be directly involved in shaping their environment?

Published under a Creative Commons license, The Enabling City is a toolkit that empowers cities governments and community leaders to do just that.

The result of a graduate project, Camponeschi hopes the book will take on a life of its own as a platform for social innovation, urban sustainability, and participatory governance. Using its plethora of examples as a guide, community members can learn how to restake their claim in the larger processes that impact their daily lives.

Today, I am fascinated by the world of creative communities because, to my eyes, it represents an antidote to the widespread erosion of local practices and cultures, and is also an inventive and timely way of tackling increasingly interconnected social issues. What is even more remarkable is the democratic and grassroots level in which communal change is achieved — through dialogue, openness, collaboration, and the rediscovery of the everyday.

Unlike other crowdfunding platforms, which focus on funding individual projects that can be caused-based or not, The Enabling City advocates "place-based creative problem-solving" to transform cities into holistic, living spaces where people make their voices heard and use everyday experiences to affect change. 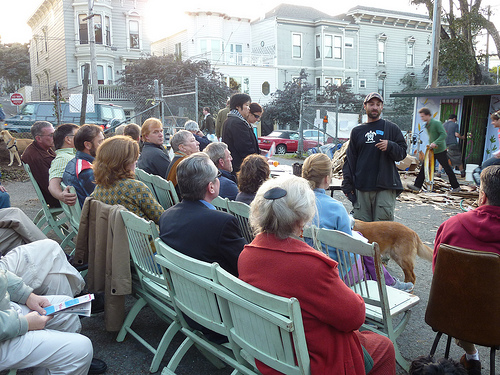 The toolkit helps readers to imagine and redefine the characteristincs of the city of the future, including a bottom-up approach to leadership, resource sharing, and the use of commons-based production.

But for Camponeschi, coming up with a finished "product" is far less important than the community that crowdfunding helps to form around a common issue or cause.

"In the civic sector, crowdfunding often emerges around a self-selected community," said Camponeschi. "Reputation is important in both a physical and virtual sense. Sometimes, even projects that aren’t completed can contribute to the common knowledge on a subject."

Be sure to check out Camponeschi's latest collaboration–Enabling Suburbs: gathering experts from various interdisciplinary arts and design backgrounds to discuss the future of our suburbs and communities, drawing on and developing alternative representations as a strategy for change.

Also check out other posts in Shareable's "Crowdfunding Nation" series for more information about collaborative funding.