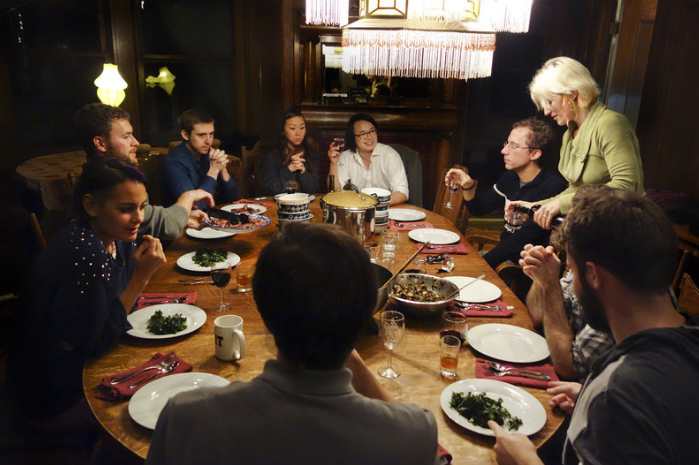 Communal housing is not just for students anymore. The Embassy Network, a collective  of shared houses across North America, Latin America, and Europe, is reinventing communal living for adults. The network was founded in San Francisco in 2012 by former NASA scientist Jessy Kate Schingler, her husband Rob Schingler (founder of satellite mapping company Planet Labs), and a few friends. "Three of us lived together over many years and the project evolved from having a spare bedroom in our community house to having a set of formal guest rooms to having several houses and then a network," Jessy Kate Schingler says. Using a rented 7,500-square-foot, early-20th-century mansion (now called Embassy SF) as a base, the group set out to rethink shared housing and build a better world.

The result, five years later, is a unique blend of co-living spaces that are like a commune, hostel, public gathering place, and startup incubator, combined. Jessy Kate Schingler describes Network life as being "immersed in a state of learning, sharing, and mutual support with others, [being] intentional with how I construct my everyday environment. And [using] space as a platform for exploring new approaches to how we organize ourselves as humans." 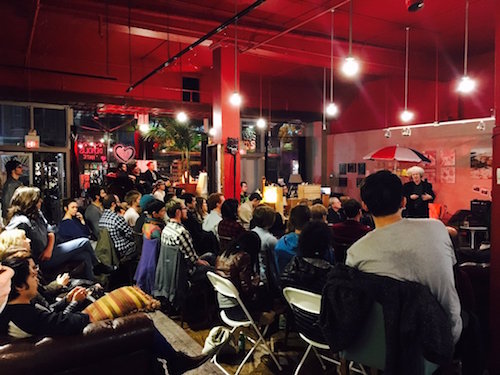 Zarinah Agnew is the self-described "commune communista" at Embassy SF. She is a longtime convert to the joys of co-living. "I have lived in a lot of squats, a boat community, and I've found that people who live together in intentional communities can build amazing things. I was looking for a community of people who were interested in changing the way we live."

Agnew, Schingler, and their 18 or so housemates aren't the only ones — in addition to the three Embassy Network houses, an estimated 50 communal houses operate in San Francisco alone. While the coliving trend started in the San Francisco, it's now gone global, with big commercial players like WeWork and Common, and traditional property developers getting in on the action. The site coliving.org lists hundreds of houses worldwide and lays down the coliving ethos in a "Manifesto for Sharing Living." High housing costs and a desire to live a more social, purposeful life are drawing young professionals to co-living spaces like Embassy SF. "Young people with privilege are aware that the current global system is pretty terrible, and they are willing to try other things. We have a real window of opportunity now," Agnew says.

The Embassy Network now has nine official houses including five in the U.S. — three in San Francisco, and one house each in Philadelphia and New York. It also has two houses in Costa Rica (one in the jungle near Zapatòn in the south of the country and one in Miramar), one house in Haiti (Port-au-Prince), and one house in Greece (Athens). Agnew also says houses in Vancouver, London, and Amsterdam are in the works, mostly founded by people who have stayed at Embassy SF or another more established house. "We're a global network of loosely connected human bridges," Agnew says. "People come and stay with us and say, 'We want to do this.'"

Schingler says that Embassy SF members then meet with the potential founders of a new house, and discuss how they can share resources, host guests, create educational events, and expand the project. "Everything is co-created and self-directed, so each community tends to engage in their own way and participate in or start different projects," she says. 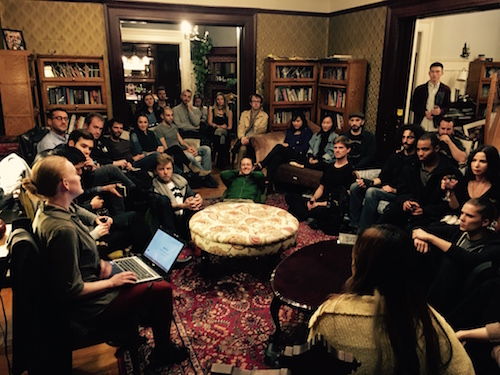 Each house has a page on the Network website, adorned with bios and profiles of current and recent past residents. Most of the residents are in their late 20s to mid-30s, and many are academics, tech sector employees, and directors of startups. Agnew herself is a neuroscientist. Robbie Schingler launched Planet Labs while living at the house, with a goal — since realized — to map the earth’s surface every day with a series of satellites. Resident Tony Lai founded a legal startup called LawGives.com that helps people find legal advice that suits their needs and budget. Resident bios speak of “prototyping governance," "investigating the human capacity for learning," and "rethinking societal structures." In short, building a better world.

Agnew was the last member of the original Embassy SF cohort to move in. "I moved in about two months after the first house was set up, so I wasn’t part of the first group that dreamt it up," she says, via video-chat from the mansion that she shares with as many as 18 people at once. "Embassy Network started out as one flagship house with four people who already knew each other. They had a vision of a network of shared houses and took out a loan to get [the first one]."

Then the real work began, she says. "The first year was about convincing the landlord that we were serious adults, and doing practical stuff, like getting enough cups and plates to fill a three-story mansion. We were [also] learning to trust each other." At this stage some ground rules were established regarding sharing costs of bulk food purchases and cleaning up dirty dishes. Chores and repairs are now organized under the "do-ocracy" model (those who are the most active have the most say in decision-making), using several bespoke intranet platforms. The keys to life in the house is a willingness "to change your mind, know how to assert your boundaries, and get involved," Schingler says.

Over the next year, the "family" expanded. "We started to run weekly potlucks. Everyone could bring a newcomer, and we met dozens of new people that way. Eventually, the potlucks made it onto the list of the top ten things to do in San Francisco. The original core of four people grew to an extended family" of several hundred. Embassy SF’s "sibling house," the Red Victorian, in San Francisco's busier Haight neighborhood, holds a regular academic lecture series as well as a paid co-working program that attracts young self-employed people from around the city. "We have enough space to do almost whatever we want," says Agnew, who is active at both houses.

The idea of building a better world doesn't just extend to residents' professional pursuits. Embassy SF residents tutor children in a nearby school with high rates of poverty and homelessness, and organize an informal gaming group with local ex-convicts. Agnew explains in a Medium post that the program was inspired by a public lecture on the history of the prison system. Some of the attendees were themselves ex-convicts. "I asked them what they needed, and their answer was… to build community," says Agnew. "Society keeps us separated by race and class and it’s on us to undo it." One way that's done, she says, is through the role-playing game Dungeons and Dragons. "A lot of them have been playing Dungeons and Dragons for years inside — it's their escape. They come to our table as experts in D&D. Later, they come to our other events and become part of our larger tribe."

Embassy SF, and the other houses in the Network, also run onsite hostels. The Embassy can house as many as 10 guests in unused bedrooms. Agnew explains that in addition to contributing to running expenses, the hostel component creates opportunities for residents and guests to meet. Anyone — resident or guest — can propose an event or an idea. No house is quite the same. Each house group creates its own systems for residents, neighbors, and guests. Everyone pitches in to check in guests and keep the house clean and running smoothly, and no one locks their doors. Bedroom doors remain open at all times during the day. However, the occasional human need for privacy is still acknowledged. "Living outside of the community, you learn to carve out your social time… here, you need to carve out your alone time," says Agnew.

She says the process of building the community has been frustrating at times. "Hard things have happened here, like they would in any family. At one point, we called in a therapist so we could talk a situation through. Where many families would sweep things under the rug, we talk things out."

Although many of the Embassy Network residents, including Agnew herself, have time-consuming jobs, they do their best to make time for each other a few times a week. "People just spontaneously cook and we all sit and eat together a couple of times a week. Some other houses have a different system, but that’s ours." The family that eats together, it seems, stays together… and creates paradigm shifts together. "It's an incredibly rich way of living," Agnew says.

This piece was originally published in "The Sharing World" by the Sharing Economy Association of Japan. All images courtesy of the Embassy Network