The City As a Commons: From Flint to Italy - Shareable
Skip to content 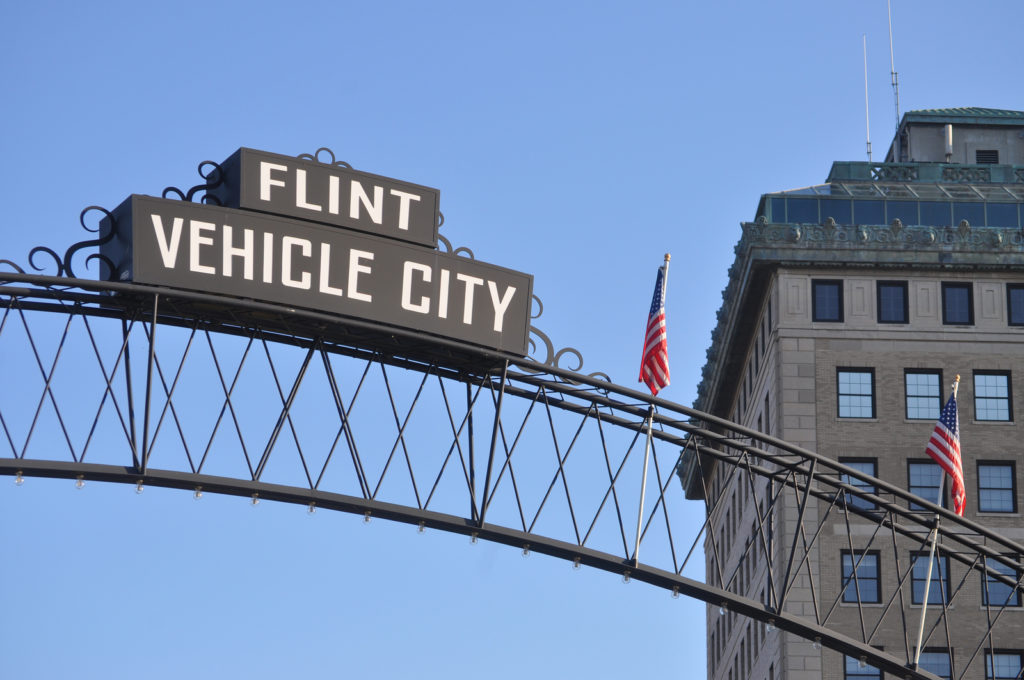 The disaster with Flint, Michigan’s drinking water, created by political leaders more devoted to fiscal austerity than the common good, illuminates why it’s important to think of our cities as commons — human creations that belong to all residents, not just the wealthy and politically well-connected.

The commons itself means all the many things we share together rather than own privately — a list that starts with air, water, parks and streets and expands to include more complex entities such as the Internet, civic organizations, and entire communities.

Typically, the commons evokes images of the countryside: sheep grazing on communally-tended pastures, people frolicking on a town green, untrammeled wilderness open to all. Even in the modern context, commons champion (and Nobel Prize winner) Elinor Ostrom is best known for research on the management of forests, fisheries, and agricultural irrigation systems even though one of her important studies focused on police departments in metropolitan St. Louis.

Yet the recent resurgence of commons projects is happening in urban as well as rural areas, witnessed by the City as a Commons: Reconceiving Urban Space, Common Good and City Governance conference held last November in Bologna, Italy — a city taking big steps to integrate commons-based collaboration into its own policies and operations (more on this below).

The strong pastoral association with the commons makes sense from an historical perspective. Individualism and market economics were embraced first in urban areas as enlightenment philosophies and industrialization spread throughout Europe and eventually the whole planet. It was in rural communities where cooperative traditions endured and in some cases expanded, said Dutch historian Tine De Moor, president of the International Association for the Study of the Commons, one of the conference sponsors. Cooperatives, for instance, grew up the countryside of many nations during the 19th and 20th centuries because many rural communities’ needs could not be profitably met by private businesses.

In England, many villages once held Beating the Bounds parties in which folks hiked the boundaries of their local commons together, ripping out private encroachments on their collective land. U.S. commons scholar David Bollier suggested urban and digital activists might update this custom to preserve commons of our own time. 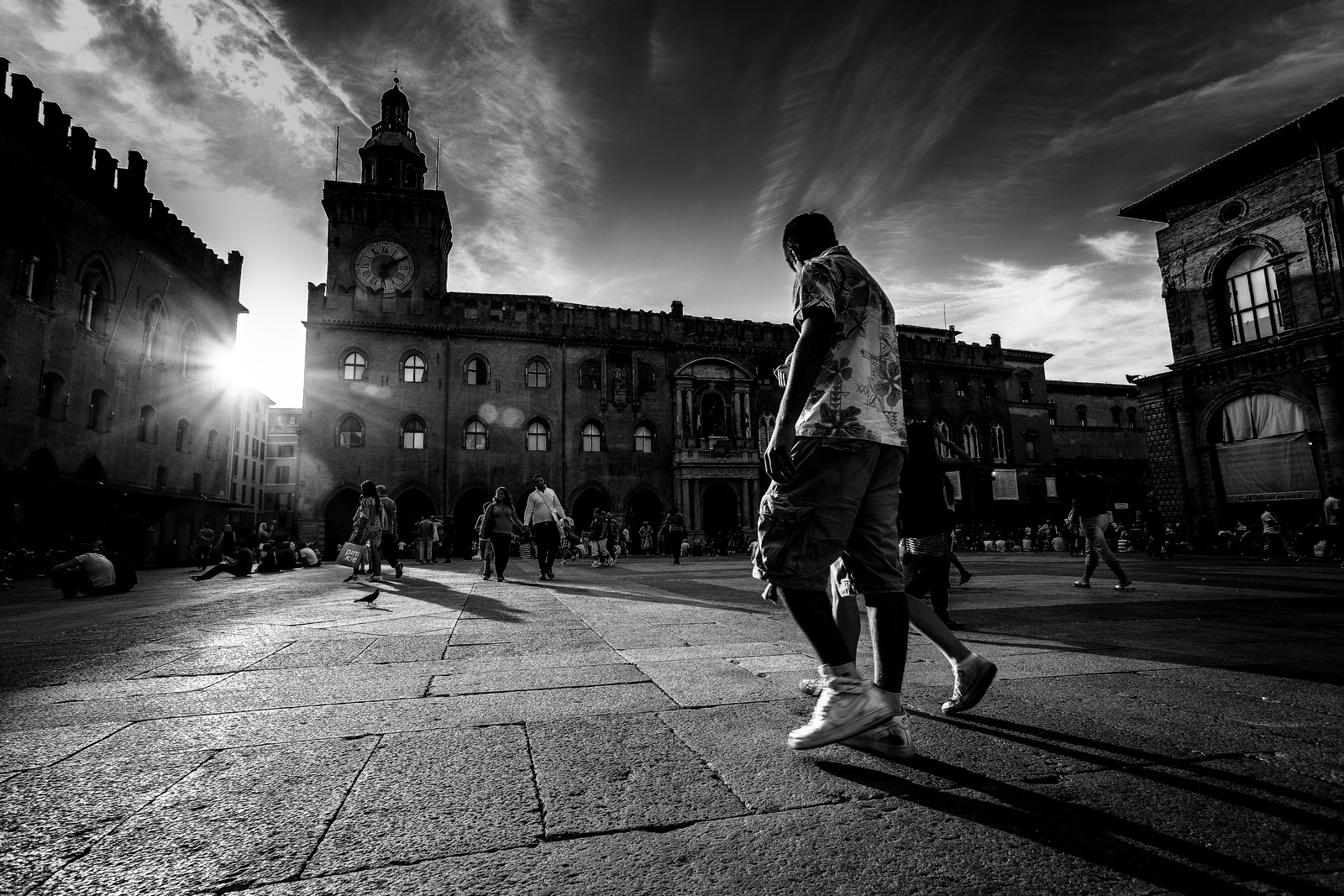 A plaza in Bologna, Italy. Photo credit: https://www.facebook.com/robertotaddeofoto28 via Foter.com / CC BY.

The social alienation and crushing poverty associated with early industrial cities can be explained by the sudden loss of commons connections and resources by rural refugees forced off the land into factories, said Michel Bauwens, founder of the Foundation for Peer-to-Peer Alternatives, based in Thailand. Cities lacked the free common spaces where people could raise food, gather firewood or gather outside with their neighbors. These human necessities must all be purchased.

The Rise of Urban Commons

“The city as a commons is designed to be disruptive — to question who owns and controls the city,” explained Sheila Foster, Fordham University Law Professor at a post-conference conversation convened in a bustling Bologna park by Shareable.net magazine. “It’s a claim that the city is open to how we exchange goods and services. It’s not just elites who should have power.”

“The idea of the urban commons is still very much in development,” said Foster, who wrote a groundbreaking paper on the city as commons with her conference co-chair Christian Iaione.

The form urban commons might take over the next 25 years was vividly sketched by Berlin activist Silke Helfrich. She described a convivial community living according to the African philosophy of ubuntu (“I am because you are”). Many people live in cooperative co-housing communities, and work at home or co-working spaces. The streets are alive with people on foot, bike, transit and in shared cars. Every neighborhood proudly sports community vegetable gardens, fruit orchards, flower patches, herb commons, sanctuaries for birds and bees, greenspaces, cafés, a cultural center, library, ballroom, and open source hub.

“The space of the commons will expand, and the space of the market will shrink,” Helfrich envisions, because systems are designed to allow commons to happen. Commoning will be as easy to do then as shopping is today.

The conference’s workshops zeroed in lessons learned from local urban commons projects around the world, including U.S. inner cities. 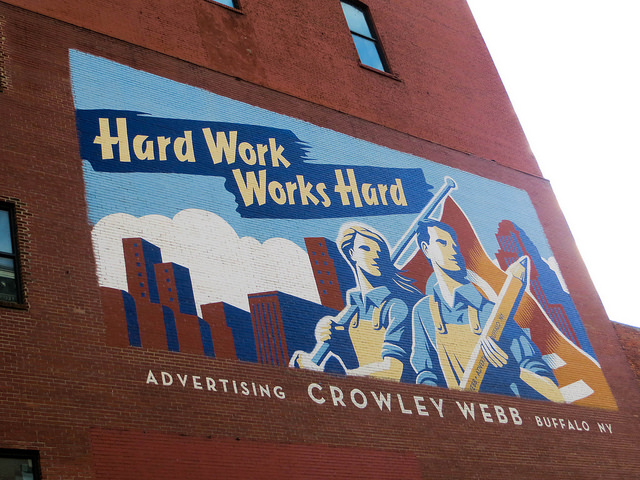 A mural in Buffalo, New York. Photo credit: davidwilson1949 via Foter.com / CC BY.

A struggling neighborhood on the west side of Buffalo, New York, became a laboratory for applying Elinor Ostrom’s eight commons principles to community revitalization efforts. Ronald Oakerson, a political scientist at nearby Houghton College, and Jeremy Clifton, an AmeriCorps organizer, experimented with how to activate low-income renters in tackling crime and disinvestment problems on their blocks.

“What doesn’t work is flyers and knocking on doors,” says Clifton, who is now studying psychology at the University of Pennsylvania. What worked is identifying the community’s natural leaders and helping them create block clubs. “People take action when they feel ownership, but not necessarily home ownership but ownership of the street where they live.”

In Brooklyn, local activist Paula Siegel discovered the borough harbored 596 acres of vacant land (more space than Brooklyn’s beloved Prospect Park). Under the banner of “this land is your land,” she launched 596 acres to explore how residents can claim it for public use as gardens, playgrounds and learning centers.

Barcelona is moving toward participatory democracy with new commons policies tapping citizen’s ideas “to create the conditions for social initiatives to flourish”, according to Miquel Ortega, the city’s Commissioner for Commerce, Consumer Affairs and Markets. Airbnb was recently banned in the city because it was jacking up rents in many residential neighborhoods and forcing families out in favor of tourists.

Hitting the Ground in Bologna

The City as Commons event, which attracted more than 200 commoners from around the world to a refurbished factory, closed with a panel featuring Bologna’s Deputy Mayor Matteo Lepore who outlined some of the more than 100 collaborative projects with citizen groups the city has undertaken in its pioneering plans to incorporate commons thinking and practice into municipal governance:

“Commons aren’t just something we protect, but also what we invent,” declared Lepore.

Bologna’s urban commons initiative began in May 2014, when the city council passed landmark legislation, Bologna Regulation for the Care and Regeneration of Urban Commons. “A new era was dawning where citizens are active co-managers of the resources they use in cities instead of passive recipients of services,” wrote Neal Gorenflo in Shareable after visiting Bologna at the first anniversary of the project.

The origins of the idea date back to 2011 when a group of local women contacted the city about donating benches to their neighborhood park, which lacked any place to sit. The women grew frustrated as their generous offer was bounced from one municipal department to another until finally they were told it was impossible. In fact, it was illegal for citizens to contribute improvements to their hometown.

As one of Italy’s most progressive cities, home to Europe’s oldest university and with a regional economy based on cooperative enterprises, this incident caused a stir around Bologna and spurred city officials to partner with the Rome-based organization LabGov (Laboratory for the Governance of the Commons) which applies the work of Elinor Ostrom to city life. Conference co-chair Christian Iaione, a legal scholar, was instrumental in bringing the project to life. Similar projects sprouted in the Italian cities of Palermo, Montova, Battipaglia and Rome. In North America, Toronto is looking at implementing Urban Commons policies and LabGov is partnering Fordham Urban Law Center to launch a project in New York City.

Jay Walljasper, who edits the stories and features section of BMC’s website, offers this report from The City as a Commons conference held late last year in Bologna, Italy. More than 200 urban activists from around the world to learn from each other and Bologna’s own pioneering commons policies. A frequent BMC visitor, Walljasper is editor/author of the book All That We Share: A Field Guide to the Commonsand edits Commons magazine. Formerly the editor of Utne Reader magazine, he writes frequently for Huffington Post, Yes! magazine, Common Dreams, Utne Reader and other publications.