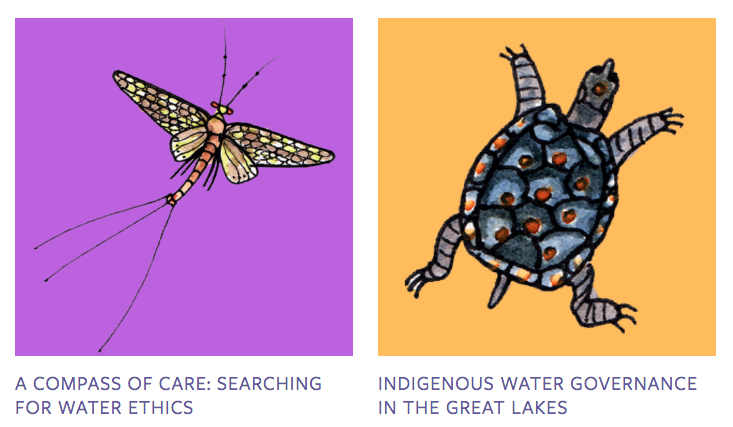 The Great Lakes Commons is a regional grassroots initiative advocating for the freshwater chain of lakes in the upper Midwest and Mideast parts of the U.S. and Canada. As part of that mission, the group has released a new toolkit designed to help communities and residents protect the lakes, which its members view as a public, natural resource. The kit is a mix of traditional advocacy tools, policy statements, historical documents, and educational resources. It's organized around Indigenous, commons and modern environmentalist ideas.

The group's mission is to establish the Great Lakes as a commons that is protected by its people. The toolkit was inspired by the Commons Charter, a 500-word affirmation of how the group relates to the Great Lakes and a collaborative process of how to articulate that vision.

Paul Baines, the group's education and outreach coordinator, says the toolkit was a product of a collaboration among advocates, Indigenous people, water policy experts, researchers, and others. "It was a way to thread the various social movements around water quality, policy, ethics," he says. The toolkit includes:

The Great Lakes Commons is an advocacy group that engages directly with the residents of the region. "We don't really interface with government,” Baines says. “We are not petitioning corporations or governments to do the right thing — we are reaching out to the people of the Great Lakes."

The initiative was created from On The Commons, a commons movement strategy center based in Minneapolis, Minnesota, and is comprised of individuals and groups from the U.S., Canada, and First Nations — including the Council of Canadians, Blue Mountain Center, Detroit People's Water Board, and others. The "Commons Currency Project" is another initiative of the Great Lakes Commons. It is an alternate currency that imagines that the value of money is tied to the quality and availability of the water of the Great Lakes.

Baines said the concept came from a single question: "If water is a source of life, then wouldn’t protecting water be the most important and scarce resource that we have? And if we want to put value on something, shouldn't it be that?"