A Very Short Primer on the Commons - Shareable
Skip to content 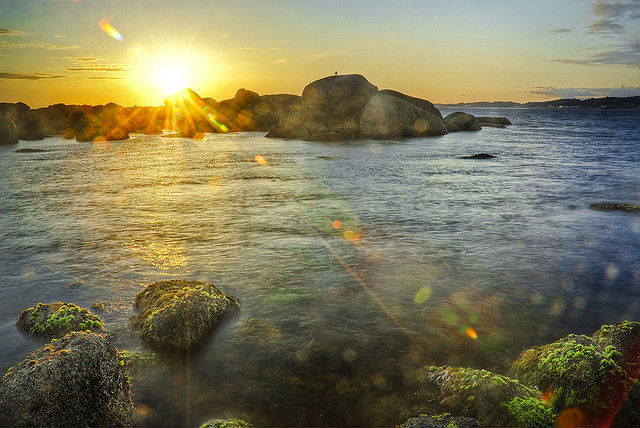 Image credit: Paulo Brandão. Cross-posted from Bollier.org and the new book, Think Like a Commoner.

I am always trying to figure out how to explain the commons to newcomers who find it hard to grasp. In preparation for a talk that I gave at the Caux Forum for Human Security, near Montreux, Switzerland, I came up with a fairly short overview, which I have copied below. I think it gets to the nub of things.

There is no master inventory of commons because a commons arises whenever a given community decides it wishes to manage a resource in a collective manner, with special regard for equitable access, use and sustainability.

The commons is not a resource. It is a resource plus a defined community and the protocols, values and norms devised by the community to manage its resources. Many resources urgently need to be managed as commons, such as the atmosphere, oceans, genetic knowledge and biodiversity.

There is no commons without commoning – the social practices and norms for managing a resource for collective benefit. Forms of commoning naturally vary from one commons to another because humanity itself is so varied. And so there is no “standard template” for commons; merely “fractal affinities” or shared patterns and principles among commons. The commons must be understood, then, as a verb as much as a noun. A commons must be animated by bottom-up participation, personal responsibility, transparency and self-policing accountability.

One of the great unacknowledged problems of our time is the enclosure of the commons, the expropriation and commercialization of shared resources, usually for private market gain. Enclosure can be seen in the patenting of genes and lifeforms, the use of copyrights to lock up creativity and culture, the privatization of water and land, and attempts to transform the open Internet into a closed, proprietary marketplace, among many other enclosures.

Enclosure is about dispossession. It privatizes and commodifies resources that belong to a community or to everyone, and dismantles a commons-based culture (egalitarian co-production and co-governance) with a market order (money-based producer/consumer relationships and hierarchies). Markets tend to have thin commitments to localities, cultures and ways of life; for any commons, however, these are indispensable.

The classic commons are small-scale and focused on natural resources; an estimated two billion people depend upon commons of forests, fisheries, water, wildlife and other natural resources for their everyday subsistence. But the contemporary struggle of commoners is to find new structures of law, institutional form and social practice that can enable diverse sorts of commons to work at larger scales and to protect their resources from market enclosure.

New commons forms and practices are needed at all levels – local, regional, national and global – and there is a need for new types of federation among commoners and linkages between different tiers of commons. Trans-national commons are especially needed to help align governance with ecological realities and serve as a force for reconciliation across political boundaries. Thus to actualize the commons and deter market enclosures, we need innovations in law, public policy, commons-based governance, social practice and culture. All of these will manifest a very different worldview than now prevails in established governance systems, particularly those of the State and Market.

THE COMMONS & THE MARKET: A COMPARSION OF THEIR CORE BELIEFS by Silke Helfrich, from The Wealth of the Commons

Editor's note: for a deeper exploration of the commons, Shareable highly recommend's David Bollier's new book, Think Like a Commoner.