The Art of City-Making: An Interview with Pascal Ferren - Shareable
Skip to content 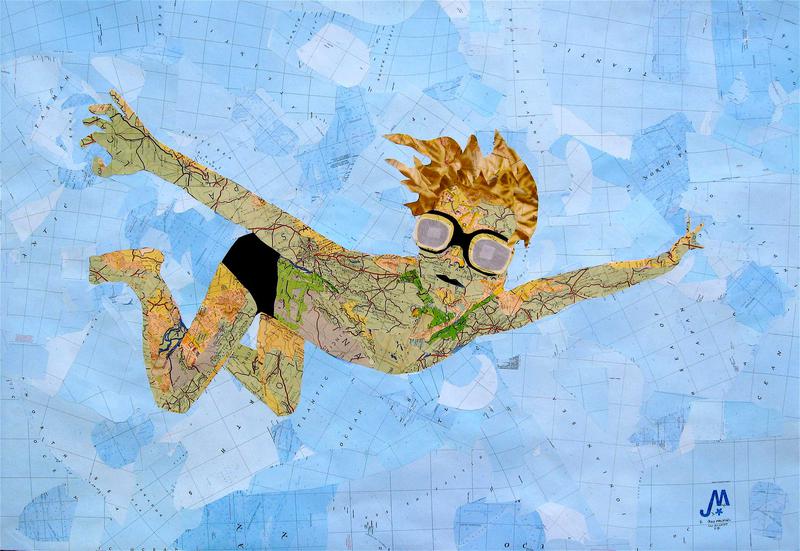 Global Innovators is a 10-part series that celebrates the remarkable work of social innovators from outside the English-speaking world. Twice a month we profile the stories of inspiring community pioneers from across three broad cultural clusters: change enthusiasts from Italy, France and the Spanish-speaking world. The series, inspired by the multilingual editions of the Enabling City toolkit, focuses on a rich variety of themes that explore 'enabling' frameworks for participatory social change.

Located near Tours, in France’s Loire Valley region, pOlau-pole des urban arts urbains was established in 2007 after a collaboration between the French Ministry of Culture and Maud Le Floc'h, pOlau’s current artistic director. Blending the worlds of artistic intervention and planning, for the past five years the organization has been weaving a culture of ‘public space creation’ into the urban fabric with its artist residences, street art performances, critical urban studies and knowledge exchange programs. We spoke with Pascal Ferren, pOlau’s project manager, to learn more about what drives pOlau’s approach to creative urban innovation.

Enabling City: In 2002, the group that is now known as pOlau moved into an industrial space located in the town of Saint-Pierre-des-Corps and transformed a 1,500m²warehouse into a space for artistic creation. What inspired pOlau to invest in a smaller city like Tours as opposed to other major French hubs like Paris?

Pascal Ferren: We share the place with Compagnie Off, a beloved French troupe that wanders the cities of the world to share its street art with the public. Our respective activities require a lot of space, and that is how this industrial site came to make such a superb home for us. The reason we are based in Saint-Pierre-des-Corps is because those working at pOlau are from the Tours region themselves and staying put was an intentional choice. Tours may be smaller than Paris, but the nearby area is home to more than 400,000 people, which is actually fairly representative of the average urban economy in the EU. These days we do quite a bit of work in Paris (the high speed train takes us there in an hour, which is less than the average daily commute for most Parisians!) but contrary to what is often thought abroad we are not really a centralized country, so our presence here matters. 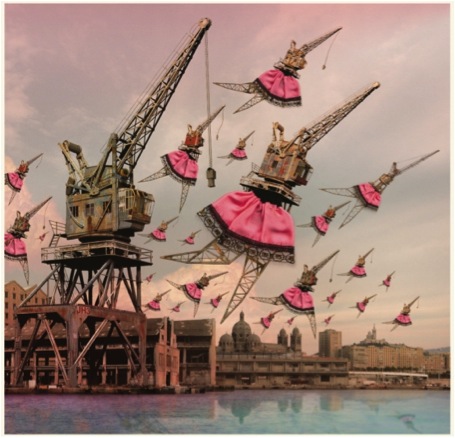 EC: Fast-forward to today and arts-based approaches to city-making seem to be more popular than ever. How is pOlau exploring urban sustainability through the arts?

PF: People at pOlau are inspired by city fairs and large-scale artistic endeavors; we study them to understand how the city can devour less space, less energy, become less “paralyzed.” Expanding on the concept, we think of ‘fairs’ as sites of dialogue, learning spaces for skill-sharing and upcycling, togetherness and self-expression. It’s through these changing, ‘malleable’ approaches that we begin to explore how urban art facilitates the emergence of an adaptable, frugal, local economy.

EC: pOlau projects are always very unique, what is the inspiration behind the creation of a new project?

PF: Our projects are bound by a desire to do right by the city and stay true to our artistic roots, which is why the two are often hybridized in our work. We produce artistic events that inform the urban sphere in ways that can shape it, (re)name it, acknowledge and revitalize it. At the same time, we anchor our interventions in those very issues that influence the community they are found in. We work with all types of artists who are interested in the urban fabric, and across platforms like street theater, architecture, contemporary art and more. Our installations are often collaborations with local authorities, developers, residents or universities. For this reason, we design or commission projects in ways that harness the different energies that are found in each place. 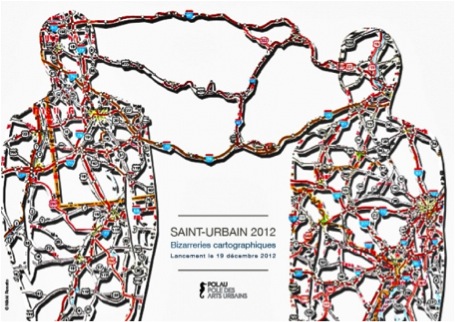 EC: What is the definition of "art-topia" often mentioned by pOlau in its projects?

PF: The word is a hybrid between art and topos ("place" in Greek). An art-topia is an open place where value-driven creativity – the very same that fuels innovation – can be expressed and enabled. In essence, art-topia is the study and understanding of intermediate places and the process of creation they unleash. As I am sure you have guessed by now, we do not believe in creating in an abstract void, uprooted away from the land. We believe in being anchored in place, and these places are the art-topias.

EC: What are some of your favorite projects from the pOlau catalogue?

PF: The first has to be Jour inondable, an arts-based simulation of the flooding of the city of Tours. For this project we approached La folie kilomètre, a local arts collective, to work on this sensitive issue with us to both investigate and educate about flooding. Their response was to create an urban 24/7 expedition around the area of the imagined flood. I like the project because for two days in 2012 we were able to re-think issues of land use – so often out of reach for the ‘non-experts’ –while creating an exciting and unexpected art project at the same time. 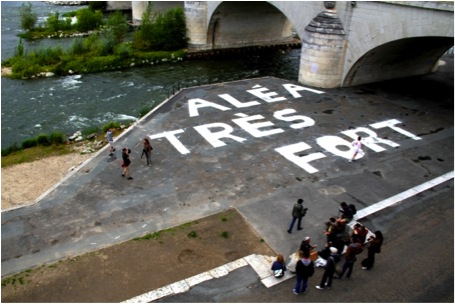 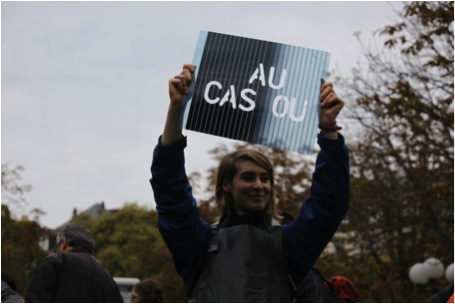 Another favorite is the work of Nicolas Simarik, an artist we’ve been following for the past three years. Nicolas is a sculptor who has relocated to a priority neighbourhood in the city of Tours to co-develop a series of installations that speak to the spirit of the area. Public spaces are highly political places, which means their development is also political. The quality of urban life depends largely on the ability of these spaces to create dialogue, to encourage us to debate our differences and to slow down. It is no coincidence that the idea of ​​democracy comes from the public square, the inclusive and welcoming Greek agora.

EC: Outside of France, pOlau has been working with artists from many corners of the world. How has this experience been for you?

PF: Yes! pOlau has been invited in countries like Ecuador, Spain, and Italy, and we often bring foreign teams and European artists to Tours. This kind of intercultural opening is crucial because we want to stay up to date with what is being done elsewhere. It actually helps us understand what we do here in Tours better! I am proud to be around so much enthusiasm, and to have the opportunity to inspire people to take an interest in their land… And I’m especially proud to do so by helping them reclaim the meaning of place away from individualistic and abstract interests like financial income or political ambition. 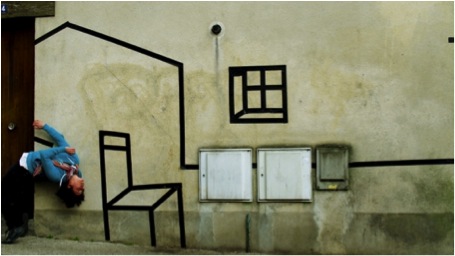 PF: Innovation is always difficult. We are at the intersection of multiple worlds because we activate foreign or downright inexistent domains that are hard to place inside a box. This hybrid position is what really characterizes pOlau, but it makes for a very complicated everyday! Like many bold artists around us, we must constantly explain what we do, why we do it, how it all makes sense…

If it’s true that the conversation about the role of the arts in urban development seems stronger and louder than ever, I find that the actual implementation of arts-based projects remains quite marginal. There seems to be a huge gap between what is defended in public discourse and the effective realization of an idea in the real economy. This space is where innovation can happen. And it is where we stand. It is an unstable, uncomfortable place to be, but it is very exciting.

Find pOlau on Twitter or check out their full catalogue of projects, including more photos of 2012’s Jour Inondable here.