The City As Interface: An Interview With Manuel Portela - Shareable
Skip to content 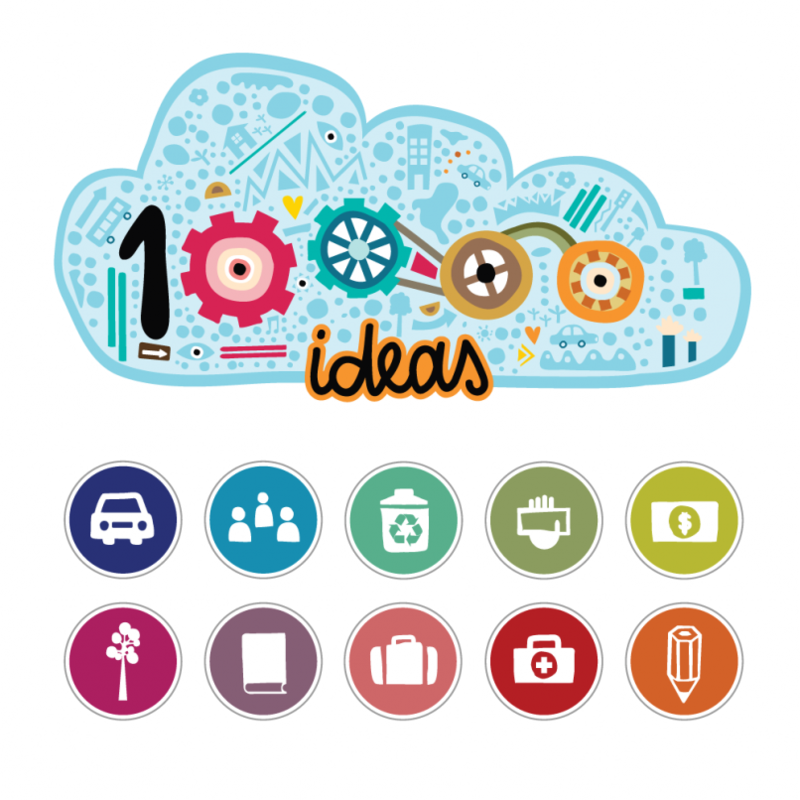 From CityCamps to crowdsourcing, Manuel Portela has worked across Latin America to help cities tap into one of their greatest resources: curious, connected, capable citizens. As an interaction designer and an event coordinator, Manuel works to develop platforms that help people come together and explore their creative side.  We spoke to him today about collective brainstorming, community-building and the power of 10,000 ideas.

Enabling City: Like others in our series, you are a designer by training. How did you become involved in the world of crowdsourcing, CityCamps and social innovation?
Manuel Portela: I was studying graphic design at Buenos Aires University while building my programming skills on the side. Because of this, I was approached to lend a hand on a few research projects related to urban planning and social innovation.  At the time, I was also working as a freelance event producer and learned a great deal about how meeting spaces can generate unique interactions. Today, I'm interested in the city as interface so I use a design-based approach to bring citizens and institutions together.

EC: One of your projects, 10.000 ideas, is a crowdsourcing platform to re-think urban livability in Latin America. What was the inspiration behind it?
MP: My early design projects led led to an interest in the development of participatory maps and digital interfaces. One day, I came across New York’s ChangeByUs campaign and thought it was very impressive, though I found the conversation to be flowing mostly in one direction: there were ideas for one city directed to and curated by one administration. This inspired me to develop a similar platform, this time open to all of Latin America. In essence, 10.000 ideas is a repository of suggestions and solutions that anyone – whether in the public, private or civil sector – can share and implemenet with others. I hope to see more and more places for this kind of problem-solving ‘offline’ but, in the meantime, we can make the most of what the web has to offer. 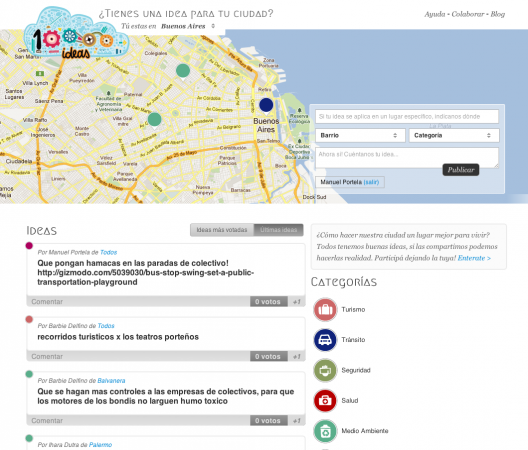 EC: You're also the founder of CityCamp Buenos Aires and Chiripa-City Starters. How do you see these initiatives contributing to the democratization of participation in cities?
MP:  Physical spaces are essential to effective participation, and CityCamp was the first event developed to stimulate fresh thinking for and about cities. The event is an international format with its own brand and history where participants share project ideas, brainstorm solutions, and test them together.  In 2012, I helped bring a CityCamp in Buenos Aires and later inSantiago, and there will be more cities participating this year.

CHIRIPA, on the other hand, is an umbrella organization for my work. It stands for ‘serendipity’, which is a principle behind everything I do. It was founded last year as an 'urban lab'  for local initiatives and has now grown into a full-fledged consulting firm. We mostly work with local governments to ‘open up’ urban management and decision-making. We prioritize collaborative projects where we act as facilitators, but we also provide expertise in design, programming, event production, and academic research. Two of our major projects focus on sustainable development and creative communities, and we are working with the Ministry of Modernization on a new SmartCity Index to develop tools that encourage citizen participation.

As a citizen, I believe we need more spaces to think about the cities we live in in an inclusive and hands-on fashion. The two initiatives help me work on this in a well-rounded way – with communities and government. 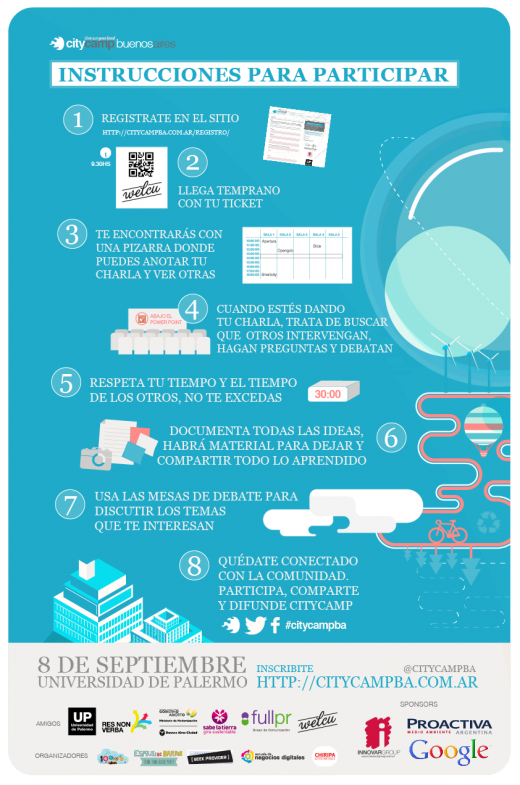 EC: How is working in Buenos Aires and Santiago?
MP: The cities are very different and have been through very stark transitions. Buenos Aires suffers from a serious transportation problem; the economic crisis is embedded in the very fabric of the city. The community of urban enthusiasts is small, the concern for the development of the city is very recent, and there is almost no appreciation for urban issues. Much remains to be built here, in the cultural sense more than anything else. We have to work to prove that being an active citizen is important.

Santiago is totally different. It has grown significantly in the past five years because it is in booming growth. People have been taking an interest in decision-making in part due to a widespread re-hauling of the transportation system that has gone pretty badly. As a result, there is a growing concern for urban planning and public policy, and an active community of people involved in these issues. It is in Santiago that I got the idea for 10.000 ideas, thanks also to the inspiration provided by websites like Plataforma Urbana.

EC: With experiences both online and offline, what is your favorite approach to community building?
MP: I like toolkits like Enabling City, Streetplan’s Tactical Urbanism or The Placemaker's Guide for their ideas on how to create spaces for change. As a designer, I am also passionate about the process itself so I rely on design thinking and toolkits like IDEO’s Human Centered Design. I am a very methodical person and I like to outline and diagram my way through things –I'm not very good with chaos! In the end, no matter the tools, I think the real secret is investing in the generation of social capital. That and being intentionally pro-commons, because it is that that helps us rethink the relationship between cities and citizens. Today more than ever, public spaces are coming under attack so it is important to find new places for community creation, places where we can safeguard the common good.

In this sense, the Internet can be useful in transcending boundaries – virtual and physical alike. It is no coincidence that successful networks are relevant in both realms. I’ve always been an advocate for thinking about the city outside of the box, thinking beyond its jurisdictional boundaries.  I interact daily with virtual networks that help grow my local initiatives and this is important because being surrounded by people with no vision can easily degenerate into an alienating feeling that “it’s not worth it,” or that “nothing makes sense.” Crossing paths with people working on progressive projects, on the other hand, can be very motivating.

Everybody wants to live better, but not everyone works on it. Community-building can be a powerful way to dream up tools and share knowledge in support of an empowered, creative citizenry.