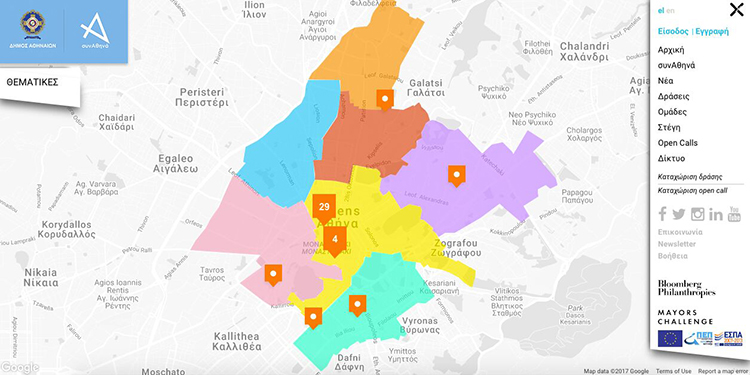 Here's the problem: Greece's ongoing financial instability has taken its toll on the country. A government debt crisis, exacerbated by Olympic-driven public-investments, created significant economic destabilization. Subsequent austerity policies, bailouts, debt restructuring, protests, riots, strikes, and leveled livelihoods have, together, reduced residents' faith in the national government. How can citizens organize themselves through alternative economies in order to meet their collective needs?

Here's how one organization is working on the problem: In 2013, Amalia Zeppou, a documentarian and activist, approached the mayor of the city to promote self-organized solutions that had evolved to address the challenges facing Athens. Inspired by her vision, the mayor hired her as an adviser on civil society networking for the city, and she spearheaded the creation of a platform called SynAthina to connect all the local projects, to each other and to the city, as per a story in Citiscope. Soon after, Zeppou became Athens' Vice Mayor for Civil Society.

SynAthina is an online community platform intended to engage civic projects across Athens. It allows citizens to map their activities, post events, and connect with volunteers and funders. Citizens or organizations can submit ideas for city improvements — from enhancing municipal services to changing city policies — and they can partner with the relevant civil servants, businesses, and nonprofits in order to implement innovations.

Header image of a screenshot of SynAthina homepage provided by SynAthina