Peers is a freshly-launched platform designed to support the sharing economy in a variety of ways. Co-founder and Executive Director Natalie Foster shares the big-picture vision for Peers and how sharing can create positive change.

Shareable: What personal experiences brought you to the sharing movement?

Nataile Foster: My parents live in a small town in central Kansas. Recently, the town lost its one general store. It was not only a place to buy goods, but also a place for neighbors to catch up and build social ties. So this was a big blow.

But, instead of giving up, the community pulled together and raised the money to open a locally-owned general store. I was blown away when I visited this new store. Not only was the new store already up and running–it was even better than the old one!

What is happening in my hometown is happening in hundreds, maybe thousands of communities across the world – people are turning to one another to build their own economy. They're coming together to share skills, homes, cars, money and time. There's a movement rising, and I'm inspired by it.

What is Peers? What will Peers focus on?

Peers is a grassroots organization to support the sharing economy movement. We believe sharing can be the defining story of the 21st century if we come together to build it.

We started by meeting with small groups of people who share their cars, homes, skills and time. Within a few months, we had meet-ups and house parties happening in cities across the globe, from Boston to Barcelona and San Francisco to Seoul.

We’re launching Peers to provide support and tools for people who want to see the sharing economy thrive. We support the movement in three ways:

There’s something powerful when you get car-sharers, bike-sharers, home-sharers, stuff-sharers, peer travel guides, microentreprenuers and other folks in a room together. Magic happens. The Shareable community know that! We want to make more of that happen around the world. 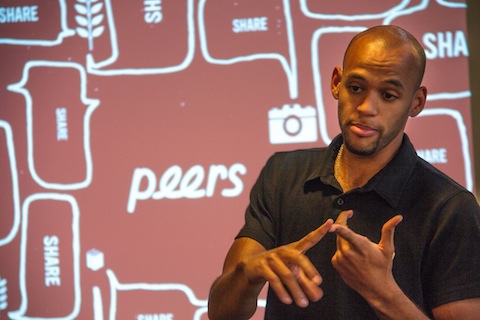 How is Peers different from Shareable, OuiShare, and People Who Share? And how will Peers work with similar organizations?

We love these folks (especially Shareable)! We've learned a lot from the great work they’ve done and we're joining forces with many of them to build this movement together.

We think we can add value to the movement by ensuring Peers is a truly global organization and by creating the tools to help individuals self-organize. In time, we envision that Peers will be a platform for sharers to launch their own campaigns and take on an issue that threatens their ability to share in their community.

As a founder of Peers, tell us how your vision for the organization came about? What inspired your priorities?

Prior to Peers, I co-founded Rebuild the Dream, a member-driven organization to fix the U.S. economy. We were primarily focused on solutions rooted in US politics. During that time, sharing and peer to peer experiences really began to take hold and I found myself more inspired by the couch surfers and the car sharers than partisan politics. So, I knew it was time to try something new.

In my work with the Sierra Club and Obama's Organizing for America, I've seen the power of grassroots movements. That remains a big inspiration for me as I think about the future of Peers and the sharing economy.

What role do you see the peer economy playing in reversing our planetary ills?

The environmental impact of the sharing economy is huge and we're only beginning to understand the extent of it. For example ridesharing participants reduce their individual CO2 emission by 40% as compared to owning a car.

Going forward, we're very excited about ideas like working with some of our partners to conduct environmental and economic impact studies on the effects of the overall sharing economy. 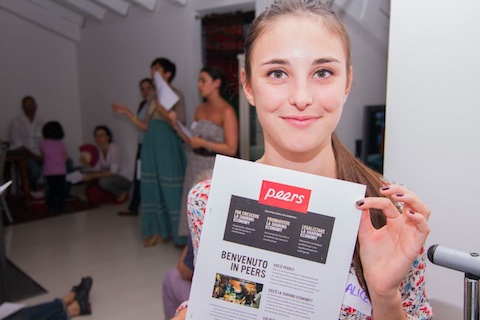 Peers campaigns will mobilize people in three ways: protect sharing, build sharing culture, and grow the movement. Tell us more about your strategy.

We want to make sharing the defining economic story of the 21st century. No big deal, right? We see these three types of campaigns as core to our theory of change. You first need to change culture, behaviors and policies before changing the economy. It won't happen overnight but it's a big audacious goal that we get fired up about every day.

Peers will rely on members, partners, ambassadors, and champions to succeed. What are these and how will they work together?

Our top priority is our membership. We want to be a home for those who believe the sharing economy can shape the 21st century.

Champions are foundations and individuals who will support Peers financially or strategically. Ambassadors are thought leaders in the sharing economy like Rachel Botsman, Lisa Gansky and Neal Gorenflo who will provide guidance on how the sharing economy is evolving. Our partners are organizations and businesses that currently serve the sharing community like Airbnb, TaskRabbit, Lyft, Sidecar, and dozens of others. They help promote Peers to their members and partner with us as we work to mainstream, protect and grow the sharing economy.

But, the key to Peers success will be our members — the participants of the sharing economy. Our primary mission is to support them as they continue to define this new economic movement.

You've been part of some of the best online organizing teams on the planet. What lessons will you apply with Peers, and who is on your team?

The most important lesson for me is that with the right people you can achieve the impossible. I'm thrilled to be launching this organization with an incredible group of individuals — folks who have elected presidents, launched global online movements, and been pioneers in building community within the sharing economy movement, like Shareable's own Milicent Johnson. We'll wake up every day thinking about how we can help grow this movement.

Peers plans to bring sharing mainstream. The below video is a short introduction to the sharing economy for newcomers, an example of the accessible communication likely to come from them.