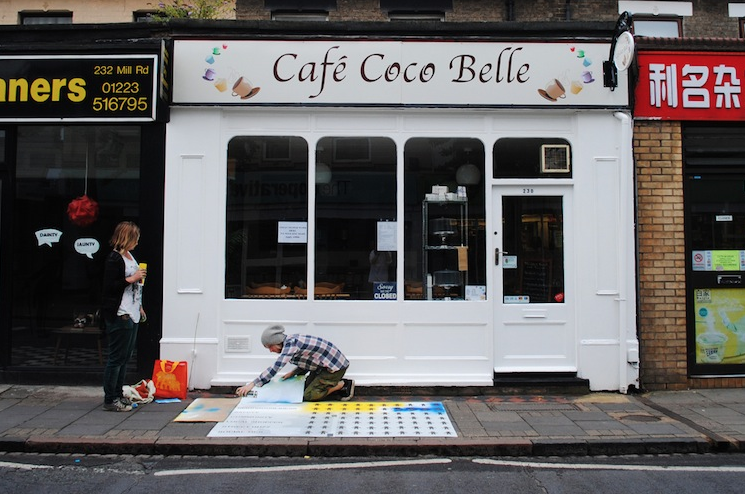 Want to find out how people feel about their neighborhoods? Ask them. This is one of the takeaways from the Visualizing Mill Road project. The brainchild of researchers Lisa Koeman, Vaiva Kalnikaite and Yvonne Rogers from University College London’s Intel Collaborative Research Institute, the project was created to gauge how people feel about safety, community, neighborliness and the general vibe along the length of Mill Road in Cambridge, England. Divided by a railway line which acts as a cultural divide as well, this particular street has different personalities on either side of the railway bridge.

To survey Mill Road residents and visitors, the researchers set up simple “smiley devices” that asked people to choose a happy face, a neutral face or a sad face for a number of different questions. Then the project was taken to the street, where the researchers stenciled, with chalk paint, the results of their study. Having the infographics from each shop displayed on the sidewalk in front of the shop gave passers-by the opportunity to see how their neighbors generally feel, and to compare the changing social tones along the street.

Due to the simplicity of the project, people who might not be otherwise civically engaged participated in the study. In the end, the infographics inspired people to explore areas of the street they don’t normally go. Koeman told Fast Company that it became apparent that multiple people had walked from shop to shop to compare the results and even crossed the railway bridge. In doing so, they crossed the social divide as well. Below is a short photo essay of the project: 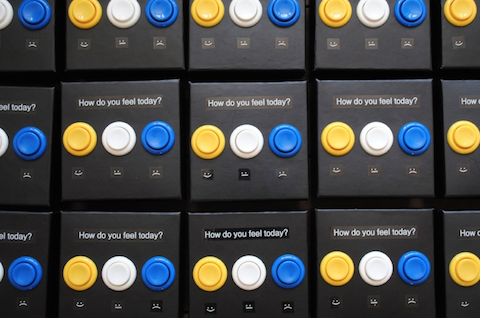 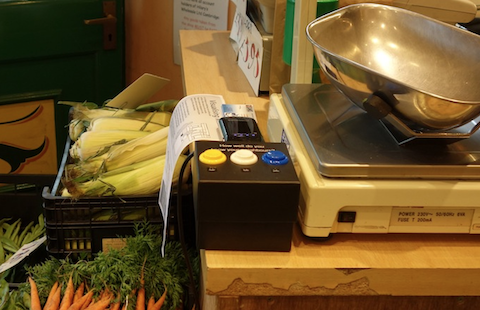 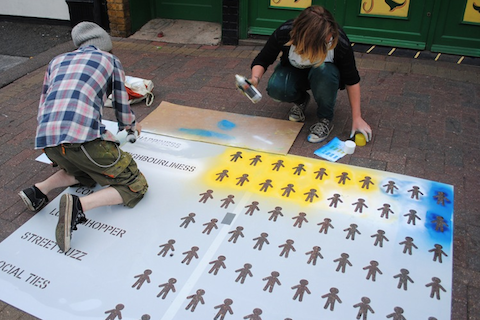 Stenciling the results of the survey onto the sidewalk 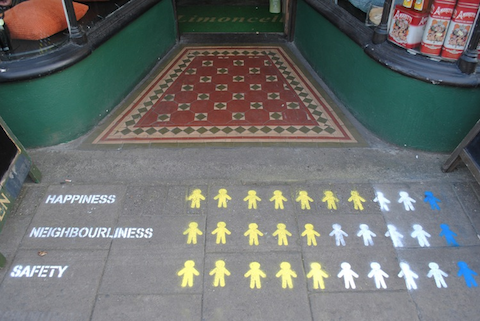 Happiness, Neighborliness and Safety were among the topics of the study 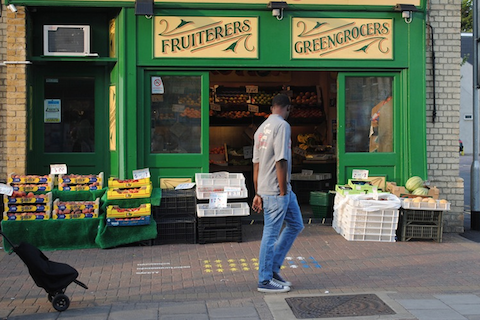 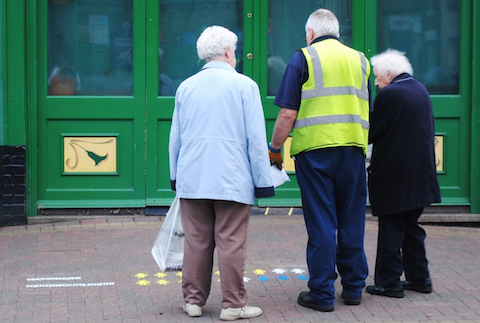 People could see, at a glance, the different social tones of Mill Road