The People’s Railway: A Cooperative Opportunity? - Shareable
Skip to content 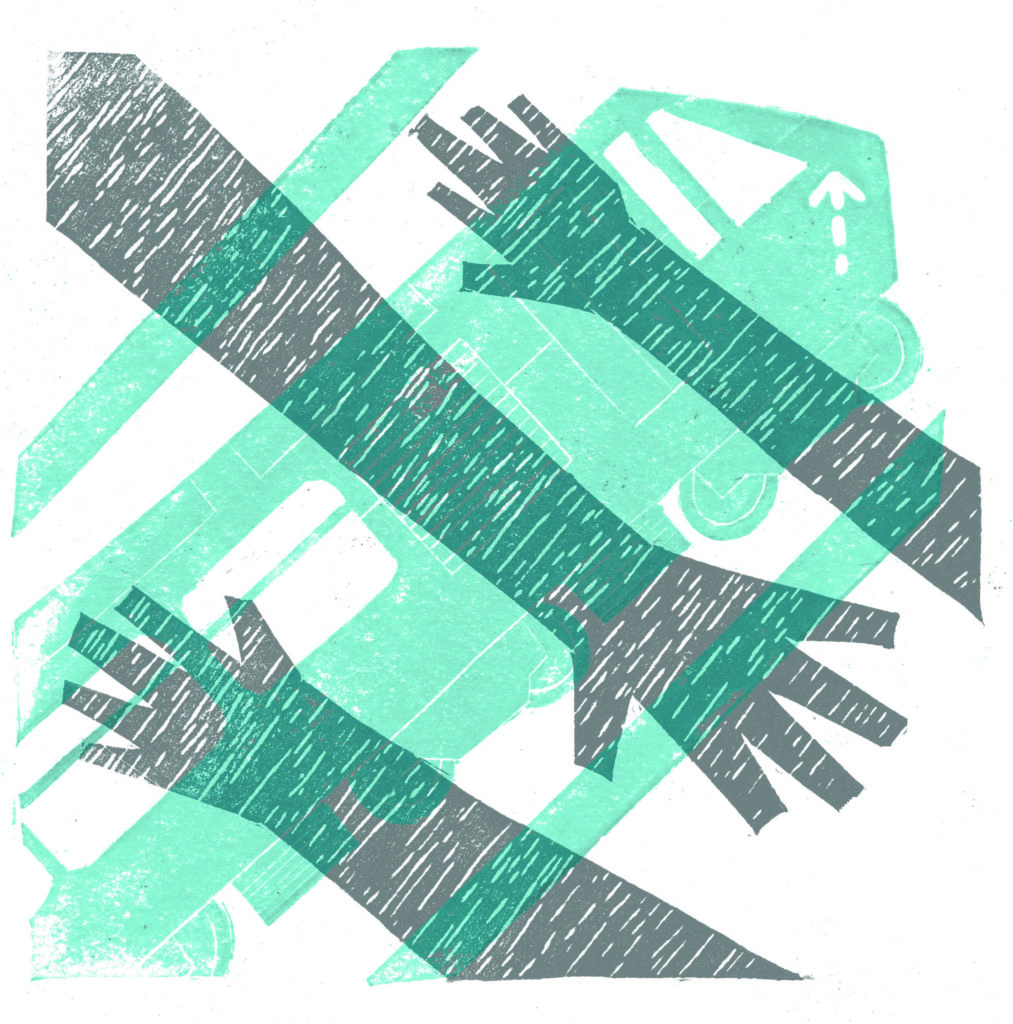 Article and image cross-posted from Stir to Action.

Early one cold winter morning back in 2008, Alex Lawrie of Somerset Co-op Services was shivering on the Yeovil railway platform when he had an idea. “Surely a co-op could do this better?” From this seed of an idea, GO-OP Cooperative was born. Now, eight years later, and with the support of 200-odd generous and patient investors, we are about to submit our application for track access to the ORR (previously the Office of the Rail Regulator, now, ominously, the Office of Rail and Road). Without taking a detour through the details of our mind-numbingly boring stumble through endless bureaucracy, suffice it to say that as GO-OP Cooperative Secretary, I was greatly interested in Jeremy Corbyn’s stated intention to take the railways into public ownership, and not along the failed model of centralised state ownership, but based on a co-operative or mutual model.

There are obviously huge problems with the current state of the railways in the UK: High fares (above all at peak times), fragmented services, overcrowding, complex ticketing arrangements, higher government subsidies than when British Rail was de-nationalised, poor interchange between buses and trains, lack of bike parking — the list is inexhaustible.

But when Jeremy Corbyn speaks of a cooperative model of public ownership for the railways, what exactly does he mean?

Firstly, there would need to be an alternative to the current franchise system. Franchises are a high stakes gamble for a cooperative, and no cooperative could make a strong justification to its members for the multi-million-pound gamble that is involved in the process of tendering for a franchise.

Secondly, cooperatives are businesses — they are entrepreneurial — and that means they need to be able to alter their geographical remit at will, and as business opportunities permit.

Thirdly, all cooperatives must comply with International Cooperative Principles. This means, in regard to public ownership, that as independent organisations, they cannot be owned by or linked to the state.

Cooperatives are run for the benefit of their members and are owned and controlled by those members. So who would the members be? The obvious stakeholders in a railway are the passengers and the staff, but there would clearly be a role for Trade Union representatives, and investors could also be another group of stakeholders. (In a cooperative model, investors and savers do not expect high financial returns on their investment, rather they are looking to support the venture whilst receiving a modest financial and social return).

During January’s Ways Forward 4 conference in Manchester, I listened to Shadow Chancellor John McDonnell end his speech with these words:

As our policy development process rolls out over the next few years we will ask ourselves time and time again how the practical, everyday-socialist principles of the co-operative movement can be applied. In an uncertain world where a laissez-faire market approach continues to fail, co-operation is an idea whose time has come again.

I couldn’t help but think, “Pinch me, I’m dreaming …” It now seems there is a genuine appetite within the Labour Party to look at how co-operative principles can be applied in government policy making.

So How Could it be Done?

It’s helpful to start by identifying three separate elements of the UK railway system: the infrastructure (track, stations, buildings), the operations, and the rolling stock (carriages and engines).

The infrastructure is owned by Network Rail, which could be described as already in public ownership as it has one shareholder, the UK Government. But for co-operators, ownership is not enough, you must have control as well, and Network Rail is famously unaccountable — the board is unelected and free to set itself what the Transport Salaried Staff Association (TSSA) has described as “wildly excessive Boardroom bonuses” with near impunity. In our negotiations with them, GO-OP found them to be opaque and convoluted.

The operations are run in two ways:

1. Franchises are awarded on the basis of which company requests the lowest level of subsidy from the government and

2. Open Access operators, which GO-OP hopes to become (If successful, we would be the first cooperative open access operator in the UK).

The TSSA describes franchises as a “low-cost option on upside profits with downside risks passed to the state. The tax payer loses in a ‘heads they win and tails we lose’ situation so that Virgin and Stagecoach have taken, between 1997 and 2012, £518.8 million in net profit (of which £499 million was paid to shareholders) out of the West Coast mainline.”

Franchises are mostly awarded on seven-year contracts, with several due to be signed off in the next couple of years, so they are not running out until mid-term of the next government. But they could be brought back in-house, put together and run by a government-owned organisation. The success of the government-owned Directly Operated Railways in running the East Coast Main Line when National Express handed back the franchise in 2009 points to the viability of that option.

Nonetheless, as co-operators know, such an option doesn’t automatically produce an organisation accountable and responsive to users, staff, and taxpayers alike, so exploring how a cooperative model could work would be a useful exercise. The existence of co-operatives as Open Access operators could provide a stepping stone to co-operatives fulfilling that role.

The rolling stock is in the hands of three ROSCOs (rolling stock companies) that could better be described as tax efficient investment vehicles acting as intermediaries between manufacturers and train operating companies — a licence to print money. Yet when Labour Transport Secretary Douglas Alexander looked into changing the system, he found that nothing could be done about rolling stock in private ownership; the complex contractual arrangements would prove too costly and difficult to unravel. Be that as it may, the government could take a greater role in commissioning new rolling stock to be built and it has begun to do that in respect of new trains for services in Greater London and the West Country. Secondary cooperatives established in this space to own and maintain rolling stock for cooperative operators would need to overcome the perennial challenges of raising significant investment capital faced by the co-operative sector as a whole.

So what can be done? Demand for rail travel is now at an all-time high. There have been some successful collaborations between Local Authorities and the rail industry, pointing the way towards greater local control as Local Authorities develop their understanding of rail industry processes and contribute local experience and expertise to influence franchising decisions.

Rail North, for example, brings together Local Transport Authorities across the North of England into one cohesive and proactive body, representing regional and local economic, transport, and strategic objectives for the rail industry. The Rail North strategy sets out how railways can support the growth of the North of England’s economy over the next 20 years by improving connectivity for passengers and freight, while at the same time providing a better customer experience and delivering a more efficient railway. But it is still not clear whether this will involve more public ownership of the railways or merely more opportunities for private sector monopolies.

The impact of vibrant Community Rail Partnerships in growing traffic on many under-served lines across the country point to the commercial benefits of greater user, local authority, and community involvement, although this doesn’t necessarily lead to a change in control of rail services.

Although there are many complexities and difficulties to be overcome, taking the railways back into public ownership could remain as an overall aim, but it won’t happen overnight. Fares reductions are unlikely as this would need subsidy from a government purse already empty from years of Tory austerity. As Christian Wolmar, a transport expert, has noted, if support was withdrawn from HS2, “the second most daft project after Trident,” funds could be available to ease the pain. All the same, more cooperative ownership of train operating companies and ultimately rolling stock companies could provide a structured route to greater public accountability and control of our railways

Author Kate Whittle is GO-OP Co-operative Secretary and is a experienced co-operative developer. She is also the author of the From Conflict to Co-operation series of pocket guides, and has a special interest in co-operative skills.