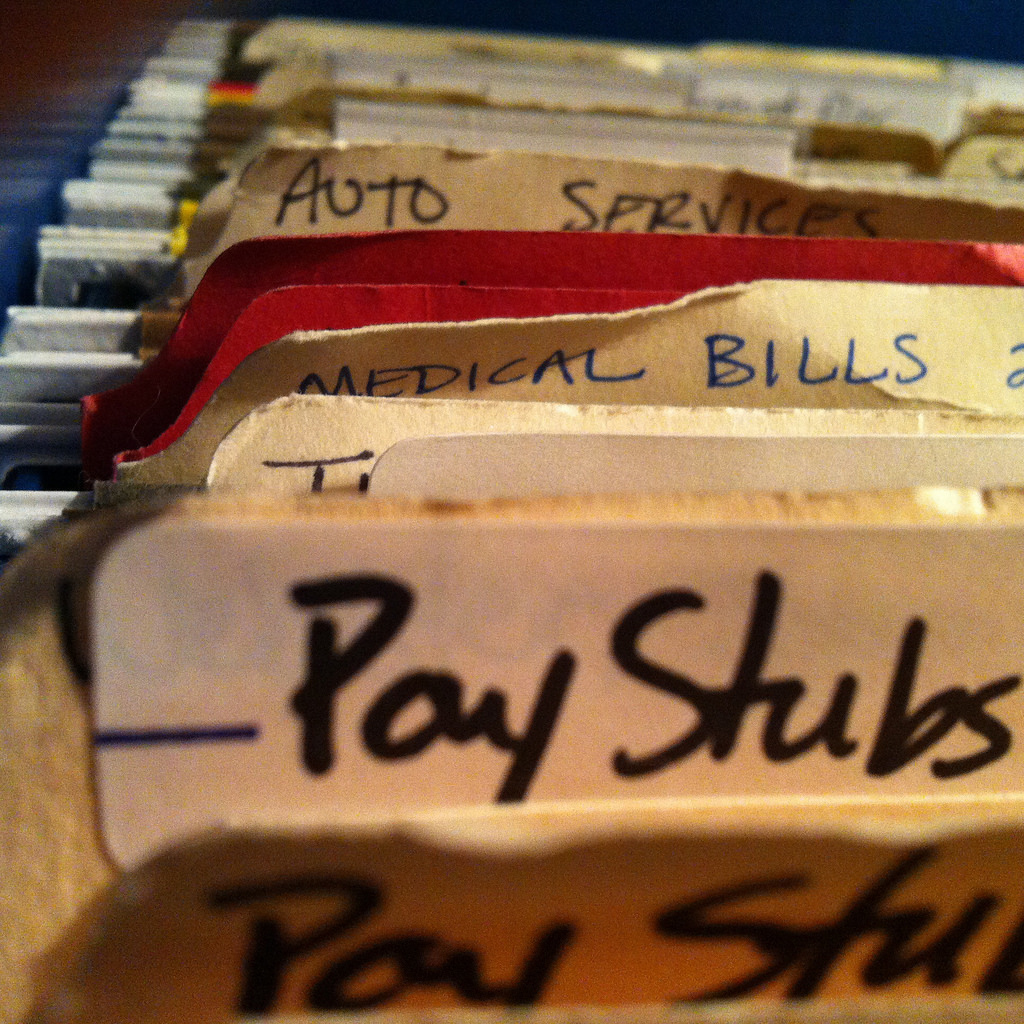 “For What’s It’s Worth,” the 1967 Buffalo Springfield song as lyrical, close-up, socio-economic observation, still resonates. Last week, The New York Times reported that none other than Harvard’s business professors flew out to study Gravity CEO Dan Price, of Seattle, Washington, after he unilaterally capped his seven-figure remuneration and raised the annual “minimum wage” for all of his employees to $70,000 each.

In “Love letters to the Gravity Boss” (video) and “ A Company Copes with Backlash Against the Raise that Roared,” New York Times reporters Erica Berenstein and Jessey Dearing, and Patricia Cohen, respectively, show that “doing well by doing good” is not a slam dunk no matter the available means and good intentions involved, but it can be a first cousin to “no good deed goes unpunished.” What’s left to resolve is the dilemma and difference between applauding the exceptional one-off and knowing how to build the sustaining ecosystem.

Mr. Price echoes nationwide movements and campaigns to push back against structural inequalities when he states in the article that, “Income inequality has been racing in the wrong direction. I want to fight for the idea that if someone is intelligent, hard-working and does a good job, then they are entitled to live a middle-class lifestyle.” The issue is whether wealth equality can be mandated a priori or whether it adapts more fluidly when structured organically to achieve solidarity that is earned through performance.

This is not a cookie-cutter exercise. On a global scale, relatively poorer European Union members such as Greece, Portugal, and even Spain and Italy, after having been deprived of the basic monetary righting tool of last resort, the ability to devalue individual national currencies, search for “breakthrough policy apps” to loosen the increasingly North-South divided, wealth inequality paradigm straightjacketing their continent. Trapped between rejecting more lopsided, externally imposed austerity, as well as crisis-borrowed infusions quarantined to pay-off accumulated legacy debt, the single currency “Euro” appears to benefit imperious multilateral institutions and vulture capitalists instead of empowering ordinary citizens to survive and thrive. Think of this in Biblical terms as reengineering mankind to appease the Sabbath.

Down the coast from Seattle, San Francisco city planners have learned after multiple earthquake reinvestments, costly insurance premiums, and damage control catastrophes that the saving grace accruing to bridges and buildings with integrated sliding joints and linkages is well worth any extra construction costs. It turns out that inherent flexibility through organic decision-making processes that respect local values and conditions can inspire success and buy-in both up and down the performance chain, as well as respond favorably to market cycles which can be crucial to overall success.

Unless the New Sharing Economy movement is content with occasional and often dramatic, “corporate reality show,” beautiful conceits (a conceit can also mask a deeply held progressive belief such as the CEO of Starbucks unilaterally implementing a “Race Together” campaign); more depersonalized, systemic approaches that are inclusive and organic from the start may very well produce better and more sustainable results. Think of this as sacrificing short-term ego for long-term impact.

In the abstract, the addictive idea of the mandatory “charismatic leader” — so attractive to American media-fueled, predatory capitalism — even when well-intended, demands a comprehensive values overhaul. Similarly, the national structural inequality debate needs to get over and beyond the “key person” optic and reflexively tossing out such limiting vocabulary traps as out of context “redistributionism” and “socialism” labels intended as slurs.

A quick comparison between the Gravity and Mondragon (the world’s largest industrial worker-owned and managed cooperative) approaches to equalizing take-home pay shows how the latter’s commitment to equal equity ownership and an 8:1 pay scale may “trump” the former’s flat-lined, across-the-board wage “mandate” over time. Mondragon has been practicing Solidarity Economy innovations during the past 60 years for better and also for worse, and Gravity’s chops in this exciting new area emerged this year. As The New York Times video and article reveal, workers of all kinds and backgrounds need and deserve incentives which reflect a competitive and dynamic marketplace based on both individual and collective enterprise.

A single class equity structure combined with “one worker, one vote” styled impactful and redundant workplace democracy mechanisms also ensure that there is give and take at all levels to achieve potentially transformative decisions without damaging competitiveness. Most important, the enlightened but apparently unilateral decision that Mr. Price made on his own and then implemented with internal feedback happening afterward would not have occurred in a Mondragon-style worker cooperative. Initial buy-in to innovation can be frustrating and difficult to achieve but, once in place, consensus that is collectively internalized and, in Mondragon, voted on, brings deeper, stronger, and more lasting results.

Equalizing pay checks across the board still does not resolve a fundamental redefinition of labor as it relates to capital which is where the Mondragon formula gets it right. The New York Times article quotes Steve Duffield, DACO Corporation CEO also based in Seattle, as pushing back on Dan Price’s approach: “We can’t afford to do that. For most businesses, employees are the biggest expense and they need to manage those costs in order to survive.”

This is the sine qua non philosophical crossroads facing contemporary, zero-sum, debilitating capitalism: how to redefine the imploding relationship between labor and capital and whether labor is a disposable commodity or an indispensable resource. Increasingly aided and abetted by social media technologies, New Sharing Economy adherents believe each of us have the right to choose a “gig portfolio” environment that exchanges some inherent instability for more professional variety and freedom. In this brave new freelancing marketplace, the price of that freedom becomes more and more connected to lifestyle choices as well as to the earned right to gain workplace equity starting with the ownership of individual choice.

For Mondragon, labor is sovereign and capital, while necessary, is subordinate to labor. Even Abraham Lincoln, an iconic Republican president, believed that “Labor is prior to and independent of capital. Capital is only the fruit of labor, and could never have existed if labor had not first existed. Labor is the superior of capital, and deserves much the higher consideration.” The growing nationwide community of union cooperative and other hybrid-ownership model start-ups and practitioners participating in the 1worker1vote.org distributed community believe that now is the time for Americans from all walks of life to “own our labor and rent our capital” instead of the reverse.

Traditional companies are just beginning to realize the ephemeral nature of office buildings, organizational diagrams, and cubicle farms held together more by shared values, principles, ideas, and culture than anything physical. Any design divide between intent and execution on the road to more wealth solidarity can prove fatal unless there is a systemic approach to integrating high impact, interactive workplace democracy practices for both individual entrepreneurs and production teams. As Dan Price and Gravity are learning, workplace equality will directly impact desired outcomes as well as deliver unintended consequences.

When shareholders equate to stakeholders — when the lions lie down with the lambs because it’s good business — then virtuous cycle capitalism may be viewed once again as a force for widespread good instead of widespread market-sanctioned exploitation to benefit a privileged few. The New Economy movement is fortunate to witness Dan Price pioneers jumping right out of the box with dramatic gestures. Now the essence of what this really is has to stick.

Connecting the dots of each localized Gravity-type example with local living economy best practices and practitioners can help to dissipate and transform structural and racial inequalities. Multiple liberating business methodologies already exist to help these gestures unfold and sustain with Mondragon serving as one example.

By daring to jump-start his vision of middle-class equality, Dan Price and the Gravity corporate platform presage linked individual and collective stakeholder single class equity ownership as the ineluctable system condition of truly “free” enterprise for both consumers and workers. These two roles are completely interdependent. “For what it’s worth,” well-documented solidarity experiences such as Mondragon can be eclectically localized to construct an enlightened Gravity ecosystem as the rule and not just another newsworthy “one-off” exception.

The surest way to “defy gravity” while still profitably innovating, producing, serving, consuming, selling, and buying on earth is for stock market exchanges to ring the final bell on President Lincoln’s 1863 Emancipation Proclamation. This will lower the curtain on global labor arbitraging and replace any remaining rationale for commercial human trafficking with metrics proving the liberating value of unleashed, universal worker empowerment in a more transparent and just marketplace.

Michael founded MAPA Group more than 20 years ago in 1994, outlining a recognized triangular business development approach to the “Iberoamerican Marketplace” involving best practice, cross-border commercial opportunities between the Iberian Peninsula (mostly Spain), Latin America, and the United States. Michael was instrumental in bringing the leading multinational Spanish wind turbine manufacturer, Gamesa, to Pennsylvania in 2004 which during the 2006 – 2011 timeframe invested more than $220 million in two factories, created 1,000 in-state green jobs and was described as a “model U.S. green economy company.”  During the 2006 – 2007 period, Michael participated as a member of the International Advisory Board for La Caixa, Spain’s largest Savings & Loan.